Anthony Sharp walked away with $7,000 from Saturday's competition 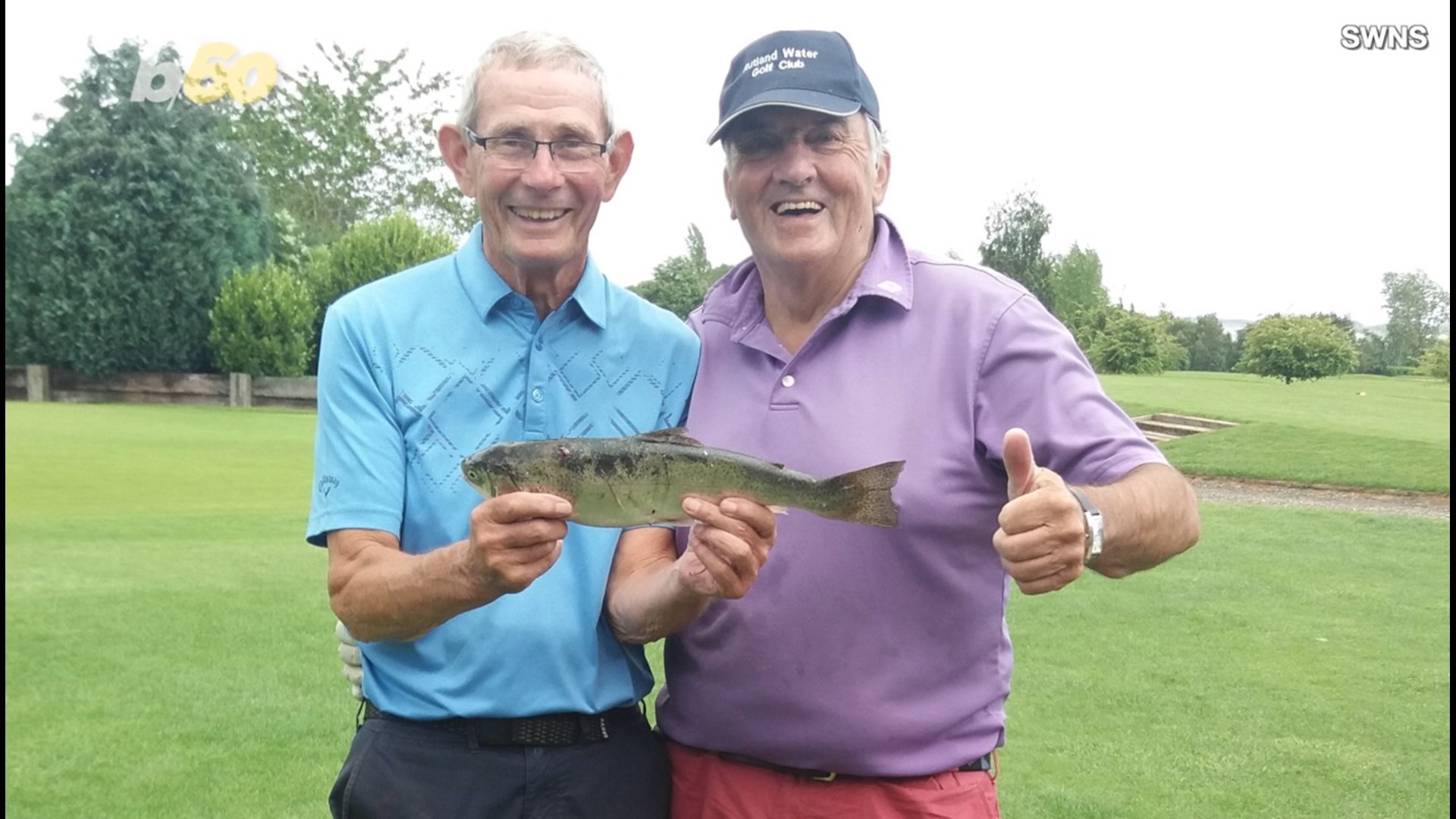 Anthony Sharp won $7,000 for the victory at the tournament. It was the second of five events.

"His 21-pound, 5-ounce margin of victory was the largest in Bass Fishing League history," according to a FLW news release. The release said "his five bass were also the heaviest limit ever weighed in FLW history – across all circuits – at Sam Rayburn."

Boater Anthony Sharp of Village Mills, Texas, had a day Saturday that most bass fishing tournament anglers only dream about. Sharp brought a five-bass limit to the scale weighing 40 pounds, 6 ounces to win the 2020 Phoenix Bass Fishing League presented by T-H Marine event at Sam Rayburn Reservoir in Brookeland, Texas. For his victory, Sharp earned a total of $7,000.

The tournament was the second of five events in the Cowboy Division presented by A.R.E. Truck Caps.

"I’ll be honest, when he [the tournament director] sat the sack up there I was praying that I had maybe mid-30s,” said Sharp. “I’ve caught a couple 30-pound limits up here, but never in a tournament. When he said 40 pounds, I couldn’t hardly answer his questions. I kind of got flushed.”

The spot Sharp found was a pretty classic offshore area – a flat section topping out in about 20 feet, with a drop that went down to about 40 feet. It turned out that was all he’d need to find to have the tournament day of a lifetime.

“Friday, when we started practice, I ran right there and idled over the spot, and there was a lot of fish,” said Sharp. “I idled over them four or five different times, just to make sure I was seeing fish, because they were stuck to the bottom. So, I backed off them and started easing up to them on the trolling motor, and I was still 100 yards from my waypoint and on my very first cast I caught an 8-pounder.”

On tournament morning, Sharp ran right to his honey hole.

“We blasted off at about 7:15, and I made a 15-minute run up the lake,” said Sharp. “At 8:35, I called Mr. Callahan [the tournament director] and asked if I could use my co-angler’s livewell because I couldn’t fit all my fish in one livewell. So, in about an hour I was done.”

Deciding not to idle over his fish to check on them, Sharp simply eased up to where he thought they would be and tossed a Carolina rig with a 1-ounce weight and a Zoom Baby Brush Hog in green pumpkin magic with the tails dyed chartreuse.

“On my second cast I caught one that I told my co-angler was about 6 pounds,” said Sharp. “Then I fished a little while, and my next fish was about 5 pounds. I got a bite about every 10 or 12 minutes for the first three fish, and I was fan-casting around the bow of my boat, kind of in the middle of the flat spot.”

After catching a short and then another 6-pounder, Sharp picked up a Strike King 8XD in chartreuse and blue.

“I don’t know what I was even thinking,” continued Sharp. “After I sat about 10 minutes in the boat, letting him fish the area, I thought it would really be cool if I could cull that 5-pounder. I made three more casts with that crankbait and caught my biggest fish, and that was all before 8:45.”

And that was it. Though Sharp hung around the spot to try to give his co-angler a shot at some, neither caught anything else. Throughout the rest of the day, when Sharp ran around for his co-angler, he said he only made about 50 casts. He knew he’d done something special already, even if it’d take the scale to tell him exactly how special it was.

“It’s incredibly special. I can’t even describe it,” Sharp went on to say. “I was just praying I could catch one or two fish like that. I really had no idea that was going to happen.”

The top 10 boaters finished the tournament as follows:

Complete results can be found at FLWFishing.com.

Moore took home an extra $500 as the highest finishing FLW PHOENIX BONUS member. Boaters are eligible to win up to an extra $7,000 per event in each Phoenix Bass Fishing League presented by T-H Marine tournament if all requirements are met. More information on the FLW PHOENIX BONUS contingency program can be found at PhoenixBassBoats.com.

Wyatt Stout of Altura, Minnesota, and Doug Rush of Midlothian, Texas, tied for the win in the Co-angler Division Saturday after both catching a five-bass limit weighing 15 pounds, 7 ounces. Each angler brought home $2,250 for their wins.

The top 10 co-anglers finished as follows:

Martin caught the largest bass in the Co-angler Division, a fish weighing in at 7 pounds, 10 ounces. The catch earned him the day’s Co-angler Big Bass award of $500.

The top 45 boaters and co-anglers in the Cowboy Division presented by A.R.E. based on point standings, along with the five winners of each qualifying event, will be entered in the Oct. 22-24 Bass Fishing League Regional Championship on Table Rock Lake in Branson, Missouri, hosted by Explore Branson. Boaters will compete for a $60,000 prize package, including a new Phoenix 819 Pro bass boat with a 200-horsepower Mercury outboard and $10,000, while co-anglers will fish for a new 18-foot Phoenix bass boat with a 200-horsepower outboard.

The 2020 Phoenix Bass Fishing League presented by T-H Marine is a 24-division circuit devoted to weekend anglers, with 128 tournaments throughout the season, five qualifying events in each division. The top 45 boaters and co-anglers from each division, along with the five winners of the qualifying events, will advance to one of six regional tournaments where they are competing to finish in the top six, which then qualifies them for one of the longest-running championships in all of competitive bass fishing – the Phoenix Bass Fishing League All-American.

The 2020 Phoenix Bass Fishing League All-American will be held April 30 through May 2 at Lake Hartwell in Anderson, South Carolina and is hosted by Visit Anderson. The top 45 boaters and co-anglers plus tournament winners from each Phoenix Bass Fishing League division earn priority entry into the FLW Series, the pathway to the FLW Pro Circuit and ultimately the MLF Bass Pro Tour, where top pros compete with no entry fees.

VERIFY: Watch out for coronavirus scams