Some fishermen told 12News they're bummed about the closure coming at the end of the month. 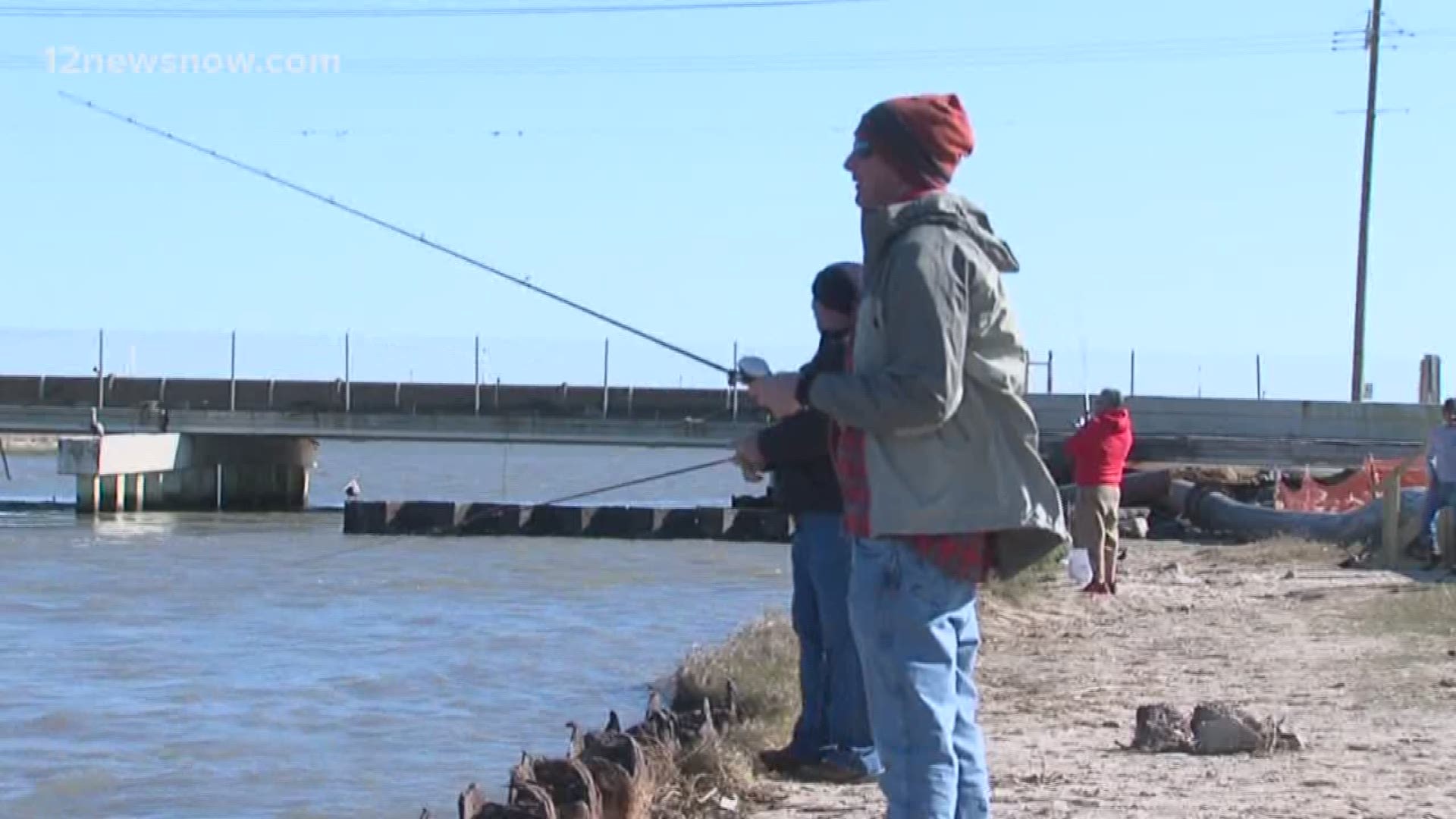 BOLIVAR PENINSULA, Texas — Some Texas fishermen are disappointed a favorite fishing spot on Bolivar Peninsula will be closing at the end of the month.

Workers will close Rollover Pass at the end of September in an effort to ease erosion and its negative effects. Fences are expected to be installed in a matter of weeks.

The state awarded a $7.4 million contract to Brizo Construction LLC to close the pass.

Eventually, the state will build a park there.

Fisherman Yubran Martinez just started coming to the pass this year. Martinez said he travels all the way from Katy just to throw a line.

"We found this spot in the beginning of the year," said Martinez. "It's sad because it was the only spot that we really found that we would take fish home."

Workers created the man-made strait in the 1950's, to improve water quality and fishing. However, erosion and storms have taken a costly toll. The state only expects it to get worse.

The Texas General Land Office will work with the U.S. Army Corps of Engineers, to build a public part and recreational area at pass which will include a fishing pier that runs into the gulf.