More than half of the country's feral hogs live in Texas. That's 2.6 million. 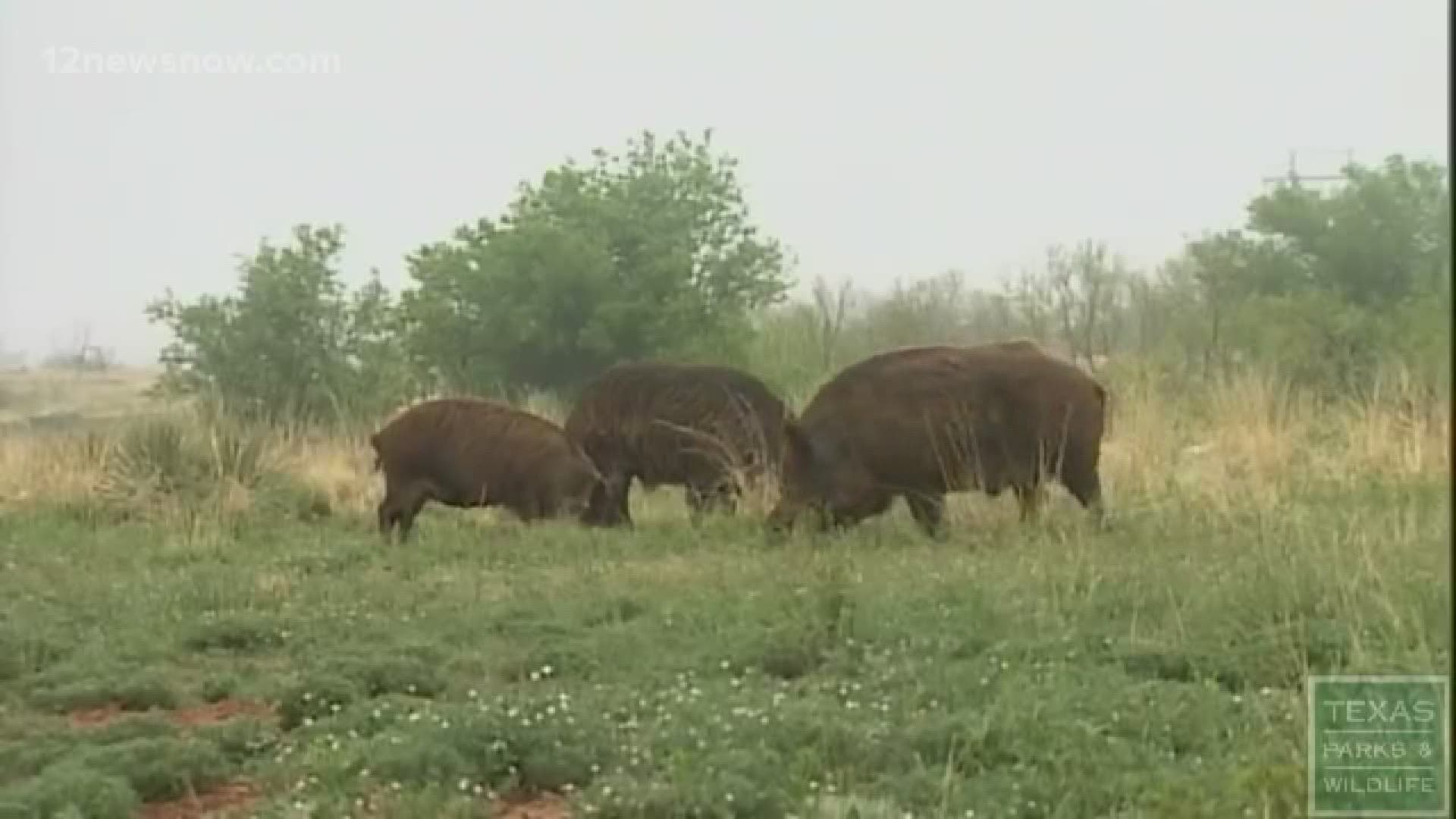 BEAUMONT, Texas — Wildlife experts are sending a warning to the public after a woman was killed by a group of feral hogs in Chambers County.

Christine Rollins, a 59-year old caregiver to an elderly couple in Anahuac, failed to show up at her normal time on Sunday, the sheriff’s office said. The 84-year-old homeowner found her lying in the front yard between her car and the house.

Sheriff Brian Hawthorne said in a news conference Monday that “multiple hogs” assaulted Rollins when she arrived at work, likely between 6 and 6:30 a.m., when it was still dark outside.

“In my 35 years, I will tell you it’s one of the worst things I’ve ever seen,” Hawthorne told reporters.

Jefferson County Medical Examiner Selly Rivers determined Rollins was attacked by different hogs because of the various size of the bites on her body, Hawthorne said.

Wildlife specialist Chester Moore, Jr. said it's important to learn from the tragedy.

"It's horrible and the number one thing to consider here is you have a person who was killed and did nothing to be killed," Moore said. "And the family lost a loved one. That's the horrible part about it. Now what can we learn from that?"

Mature feral hogs can weigh between 100 and 400 pounds, according to the Texas Parks and Wildlife Department.

More than half of the country's feral hogs live in Texas. That's 2.6 million.

According to Texas A&M Agrilife Extention, hogs mostly tear up yards and fences. Killing people is rare. Before the Chambers County attack the USDA counted fewer than 10 deadly attacks since the 1880's.

The sheriff noted feral hogs are a problem across Texas, but attacks are rare.

"The thing is most animals including the hog want to be left alone. It's a survival instinct. However, there are moments when any particular animal feels threatened they will turn around and do what they gotta do," Moore said.

Moore says it is tragic what happened in Anahuac but now is the time to learn from it. He says it is best to stay away from baby hogs because the mother is most likely nearby. He also suggests you should avoid feeding deer near your home. This tends to attract hogs to your property.

Deputies believe home-invasion style robbery resulted in one shot, one dead in Winnie

VERIFY: How to see if Black Friday, Cyber Monday deals are really "the best"