This resilient athlete has gained a valuable perspective in what success really means. 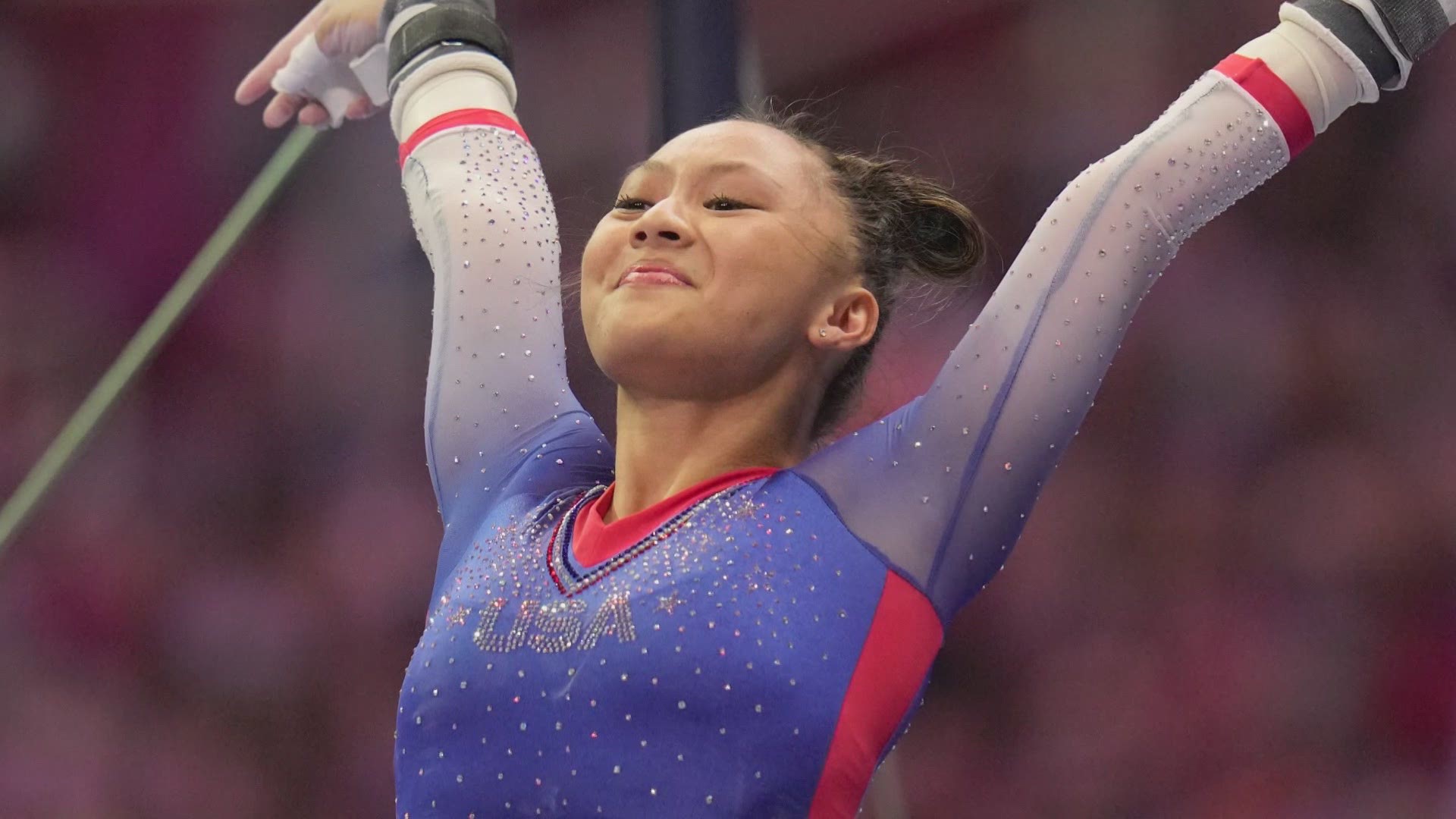 COPPELL, Texas — Flower Mound’s Emma Malabuyo is realizing a dream - but not exactly how she planned it.

She’s been preparing for a chance to perform on her sport's biggest stage.

"Just staying in that mode of being focused and prepared and ready,” the 18-year-old Texas transplant told WFAA.

Malabuyo’s been doing gymnastics since she was 2 years old, but after she attended the gymnastics Olympic trials in 2012, the pilot light was not only lit on her competitive drive, it was set ablaze. She said the crowd at that event inspired her, and the electricity in the arena was undeniable.

Talented and fearless, she relocated to Texas to train with former Olympian Kim Zmeskal at her gym, aptly named, “Texas Dreams,” now located in Coppell.

Malabuyo quickly rose in the ranks and was considered an Olympic favorite, but the trajectory of her career changed dramatically in 2018.

Trying to perfect the disciplines well enough to be an elite level gymnast is hard enough, but Emma was forced to go through such a difficult period. She considered giving it all up.

“I didn’t know if I could keep going,” she said.

In 2018, a nagging back injury forced her to miss time. Then in July of 2019, she was working on a tumbling pass when she came down wrong and hyperextended her knee. She iced it and thought she could return soon, but a visit to the doctor brought with it heartbreak: she had broken her tibia and it required surgery.

After fighting through rehab, the pandemic hit, and February’s winter storm was yet another blow bringing Emma, understandably, to the brink.

"I actually was about to quit this year,” she said. "I was really hard on myself and thought, maybe my body just can’t do elite gymnastics anymore. Maybe I’m not good enough."

But her support system and self-belief kicked in. And at this year’s trials, she was named as a Team USA alternate. Not exactly the moment she’d dreamed of, but a moment she worked so hard for, and savored just the same.

"When they called my name, I was just tearing up,” Malabuyo recalled. "I was overwhelmed with joy and happiness."

For the entire family, it was a thrill wrapped in relief, “because she went through a lot of adversities and had to really fight for it. It felt that much more sweeter,” said her mother Ana.

"She made it through this incredibly challenging journey to cross the finish line of no regrets,” Zmeskal added.

Now, she's packed her bags and will represent her country, in a way she never could have envisioned. If just one member of the current team tests positive for COVID, the entire alternate team will be called into action.

"Everything is not always going to turn out the way you envision it sometimes,” Malabuyo said. "It’s not perfect and that is OK."

Whether she takes the Olympic stage or not, this resilient athlete has gained a valuable perspective in what success really means.