Texans chairman and CEO Cal McNair acknowledged the timing of Gaine's dismissal "may be unusual." 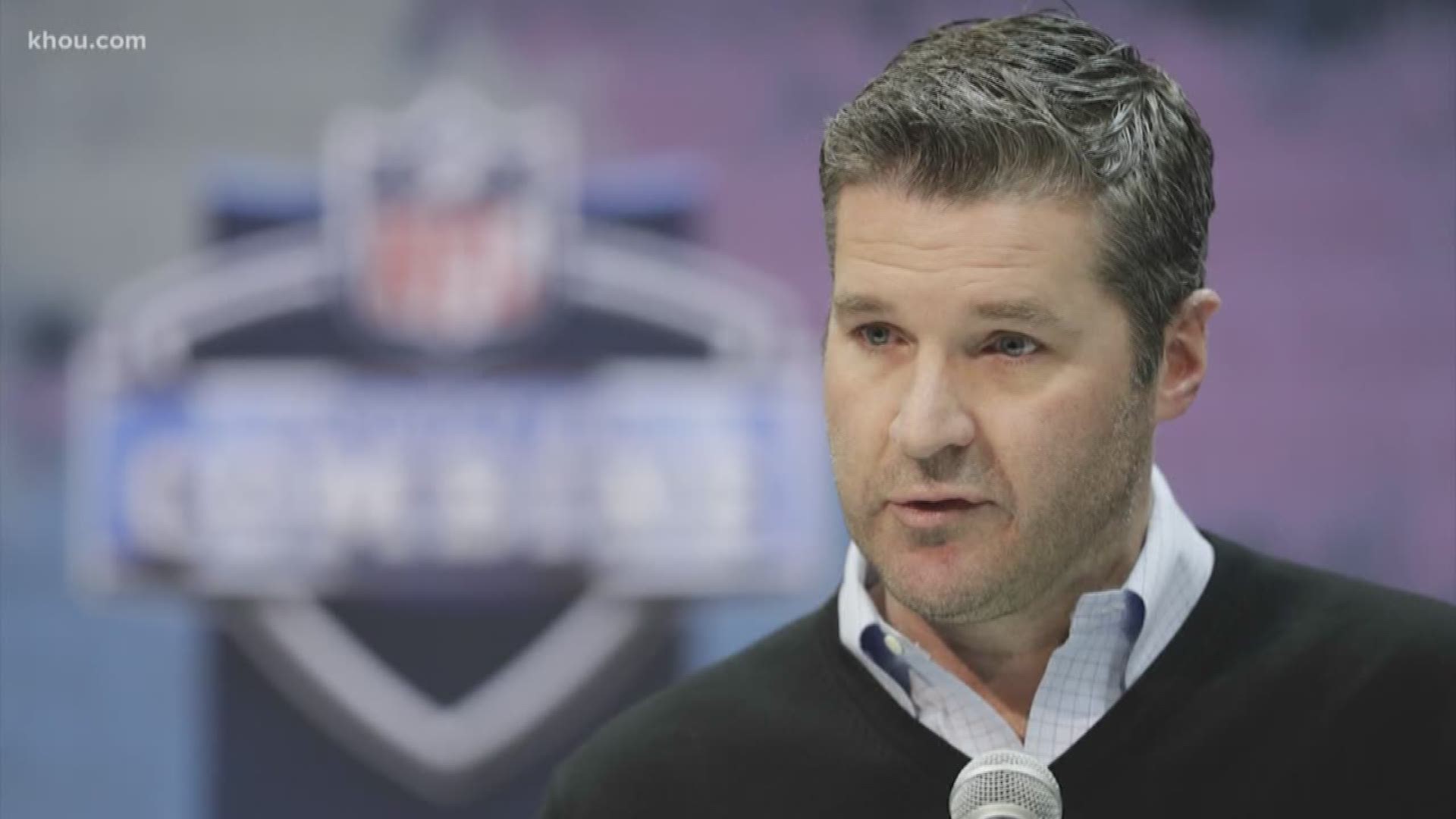 HOUSTON — In an unusual move, the Houston Texans fired general manager Brian Gaine after just a little more than a year on the job, the team said in a statement Friday.

Football operations will be led by Chris Olsen, the team's senior vice president of football administration, until the Texans find a replacement for Gaine.

Texans chairman and CEO Cal McNair acknowledged the timing of Gaine's dismissal "may be unusual." He said the decision was made "after a thorough evaluation of our football operations."

The Texans are just six weeks removed from the NFL draft. Mandatory mini-camp begins next week.

Gaine was named the third general manager in franchise history in January 2018.

Gaine came back to Houston after just one season with the Bills. He's also spent time working in the front offices for the Miami Dolphins, Dallas Cowboys and New York Jets.

“After a thorough evaluation of our football operations, we have decided to relieve Brian Gaine of his duties as general manager. Brian is a man of high character and we appreciate his contributions to our organization. We will begin an immediate search for a new GM. In the interim, Football Operations will be led by Senior Vice President of Football Administration Chris Olsen. While the timing may be unusual, this decision was made in the best interest of our organization in our quest to build a championship team for the City of Houston.”

WATCH: Texans on the field for OTAs