The Texans said the decision to host games without fans in September will allow the organization to focus on game operations and refine safety protocols. 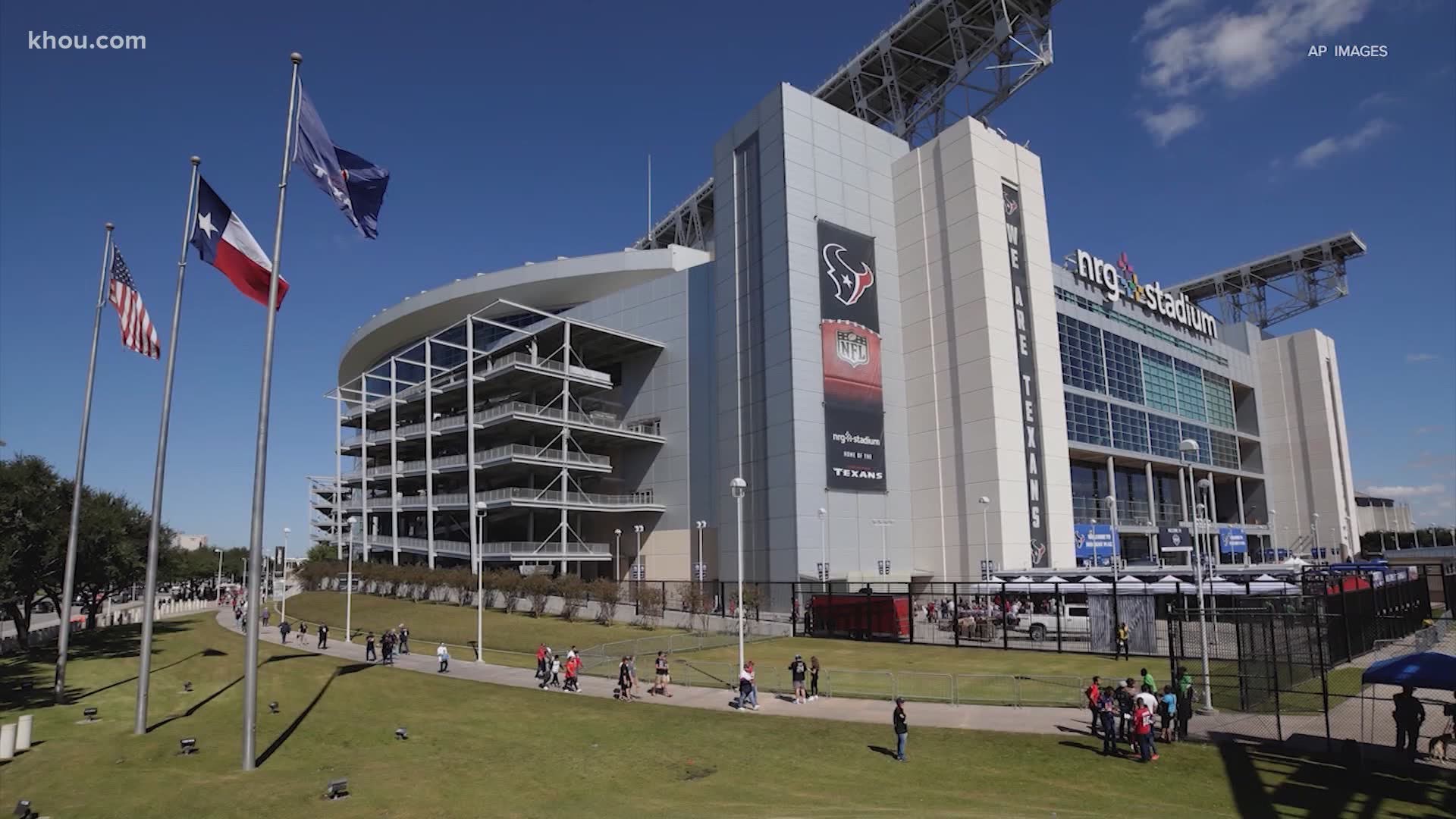 HOUSTON — The Houston Texans will not host fans for its first home game of the season, the team announced Friday.

The Texans are set to face the Baltimore Ravens Sept. 20 at NRG Stadium. The Texans said with preseason games not being played in 2020, the decision to host games without fans in September will allow the organization to focus on game operations while “continuing to refine the safety and operational protocols required to host fans at NRG Stadium.”

“We have made the difficult decision to not host fans at NRG Stadium in the month of September as we are committed to protecting the health and safety of our fans during these challenging times,” Texans President Jamey Rootes said in a news release. “Our fans provide the best homefield advantage in the NFL and we remain hopeful for their return to NRG Stadium once it is safe to do so.”

The team said whether fans can attend other home games later in the season will depend on the status of COVID-19’s spread in the Greater Houston area, which is currently at the highest threat level (red). The Texans said they will continue to monitor a variety of metrics and other factors, as well as consult with local medical and public health officials about the safety and well-being of fans, players, coaches, staff, other personnel and the Houston community.

If the Texans do host fans at home games later in the season, season ticket members who made the decision to opt-in for this season will receive instructions about the ticket-purchasing process at that time. The team said all NFL and NFLPA protocols are subject to change on a game-by-game basis, and Houston will make necessary adjustments to conduct games as safe as possible.

The Texans are set to open the season against the Kansas City Chiefs on Sept. 10. The first home game against Baltimore is set for 3:25 p.m. Sept. 20 on KHOU 11.