According to Mike Garafolo of the NFL Network, Tom Brady's cryptic tweet on Thursday had nothing to do with his playing future. 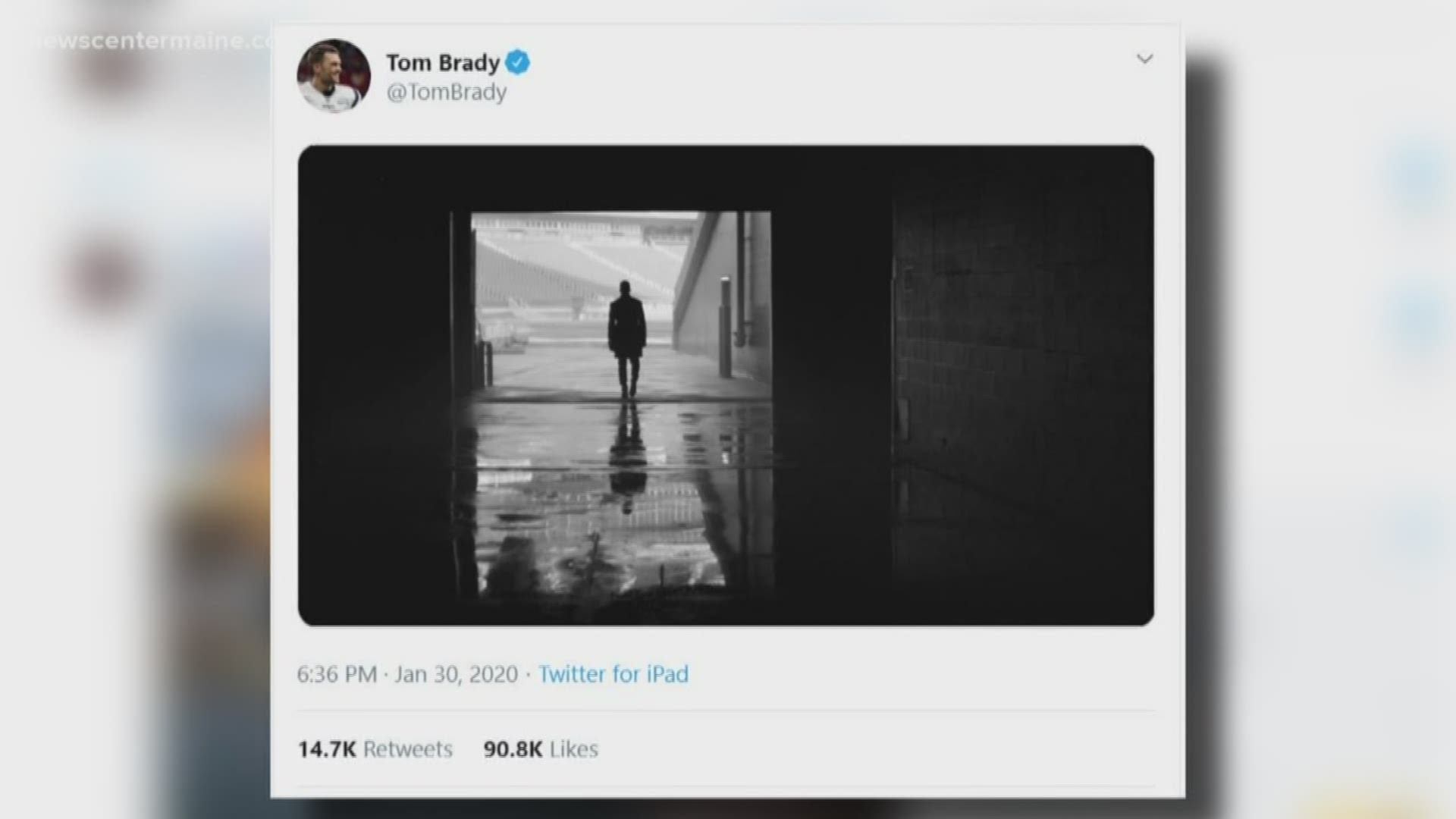 MIAMI — On Thursday night, Tom Brady sent social media into a frenzy when he posted a cryptic tweet that showed him either walking away or walking toward the football field at Gillette Stadium.

But while many speculated that the New England Patriots quarterback, who is set to hit free agency this offseason, was hinting about his plans for the future, as it turns out, that wasn't the case.

According to Mike Garafolo of the NFL Network, Brady's tweet was simply a tease for a commercial that will air during Super Bowl LIV on Sunday night. It remains unknown which product the 6-time Super Bowl champion will be promoting in the ad.

Having spent the entirety of his storied 20-year career in New England, Brady restructured his contract to expire at the end of the 2019 season. That -- coupled with some real estate rumblings -- has led many to speculate that the 4-time NFL MVP could sign elsewhere as a free agent this coming offseason.

The 42-year-old Brady hasn't exactly downplayed the rumors either, with some linking him to the Los Angeles Chargers and Las Vegas Raiders as possible destinations. Asked about Brady's future following the Patriots' season-ending loss to the Tennessee Titans in the AFC Wild Card round, New England head coach Bill Belichick said that many factors were at play.

“Everybody’s situation on the team is different. There are no two that are exactly the same. But the future’s the future for all of them, just as it is for Tom and anybody else you want to bring up,” Belichick told reporters. “Certainly Tom’s an iconic figure in this organization and nobody respects Tom more than I do. I respect all the other players and coaches in the organization too. So I think that everybody that is a part of it is an important part of it, and I want to give the proper attention and communication and detail and thought into my input into those decisions."