Maine NFLer not going to big game, but couldn't be happier 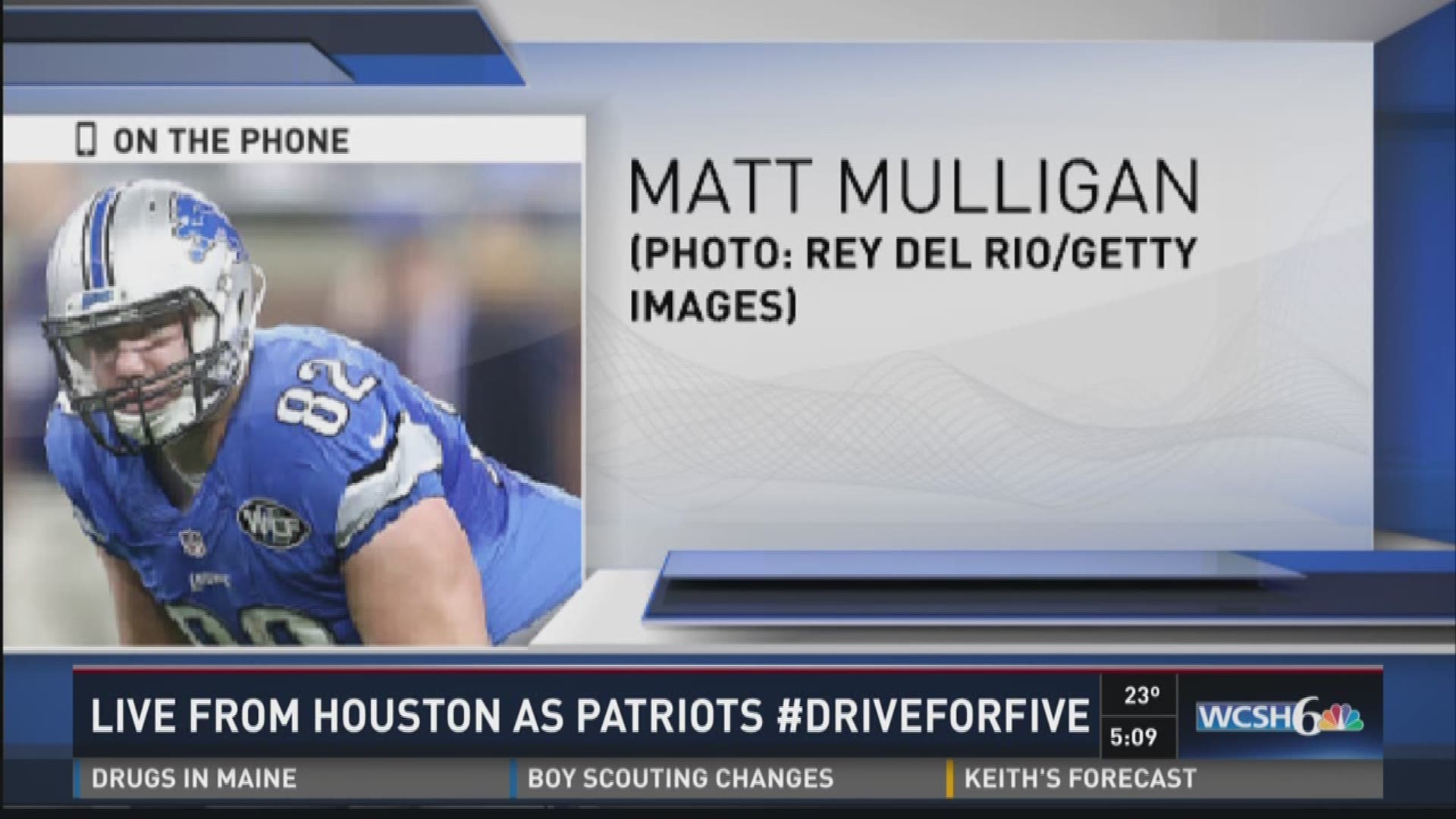 Mulligan and his team the Detroit Lions were eliminated in the first round of the playoffs by the Green Bay Packers. But Mulligan still gets two tickets to the Super Bowl, as do all current players. But instead of making the trip to Houston, Mulligan gave away the tickets to the Doug Flutie foundation which is raffling off the tickets to raise money for autism research. Flutie won the Heisman Trophy in 1984 while playing at Boston College. He started the foundation after his son was diagnosed with autism. Mulligan said he didn’t think twice about giving the tickets away. He wanted to give it to an organization that is dedicated to helping children and young adults.

As for the actual game, Mulligan says it could be a classic and that the Falcons shouldn’t be taken lightly.

“The game is going to be awesome. If I was to favor anyone, I would probably favor New England slightly, solely on the fact that they have a lot of guys who have been to the Super Bowl multiple times. So they have a lot of experience that way…but the Falcons are potent on both sides of the ball.”

You can’t blame Mulligan for picking the Patriots. He did play under Coach Bill Belichick just a couple of years ago. He says what you see is what you get with Belichick. He says he enjoyed playing for him because he clearly communicates what he expects out of every player on his team.