Nederland knocks off Pine Tree to advance to the regional semifinals 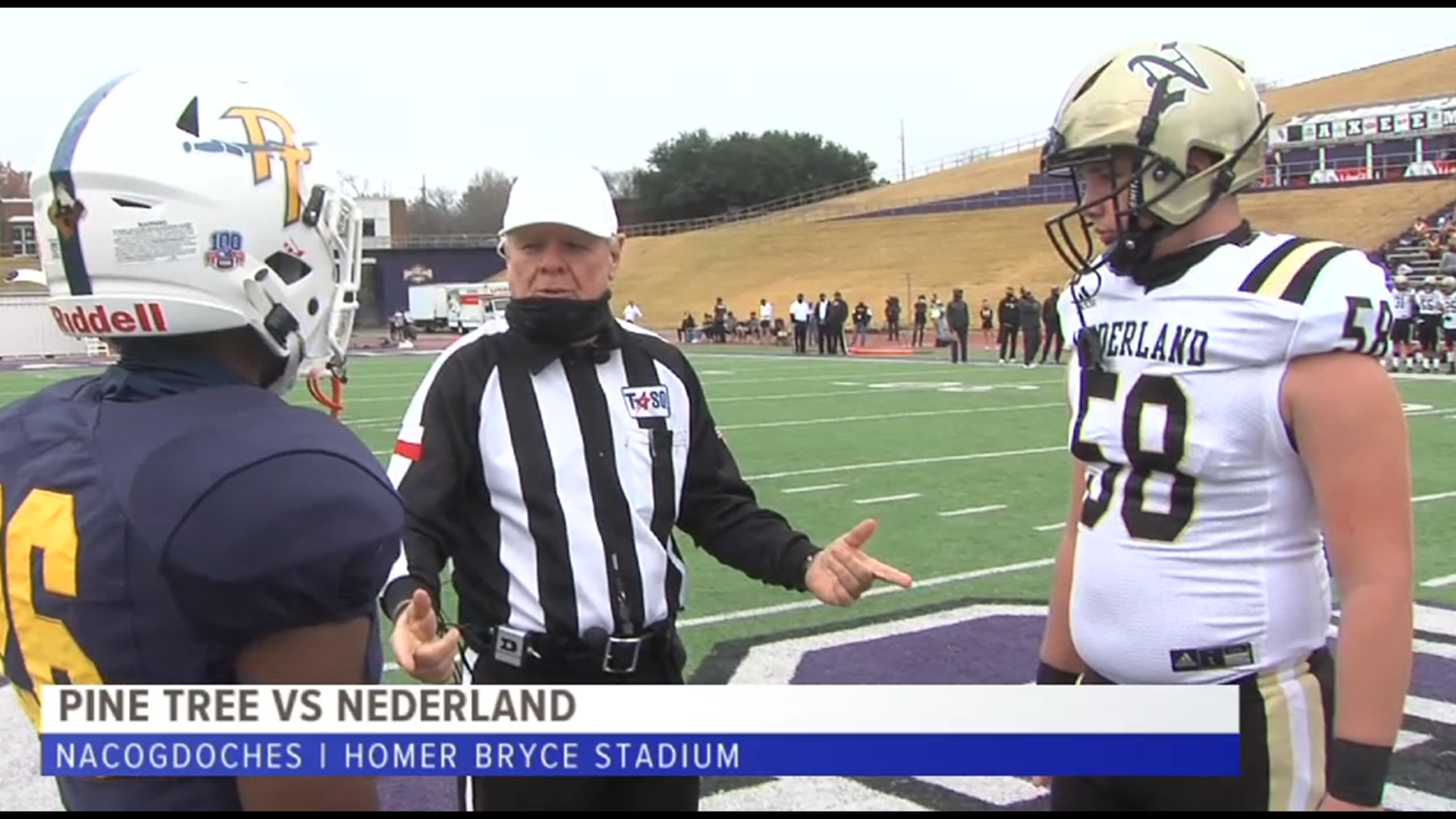 The win marks the first time since 2012 that the Bulldogs will play in the regional semifinals and first under head coach Monte Barrow.

Kyndon Fuselier led the Bulldogs with five catches for 153 yards and three touchdowns.

Both teams got off to a slow start until Nederland scored 27 unanswered points to give the Bulldogs a 27-0 lead with 10:33 left in the third quarter.

The Pirates finally got on the board after Ethan Morgan punched it in from 13 yards out followed by a 34-yard touchdown pass from D.J. Freeman to Keelan Turner to cut the lead to 13 (27-14).

But on the next drive, Bulldogs running back Josh Mazyck took it 49 yards to the house making it a 34-14 Nederland lead early in the fourth. Mazyck would finish with 17 carries for 116 yards.

The Pirates would score again late in the fourth to bring the final to 34-21.

The Bulldogs will face third-ranked Fort Bend Marshall in the regional semifinals next Saturday at 1 p.m. at Turner Stadium in Humble.

RELATED: Nederland is looking for their first Regional appearance since 2012 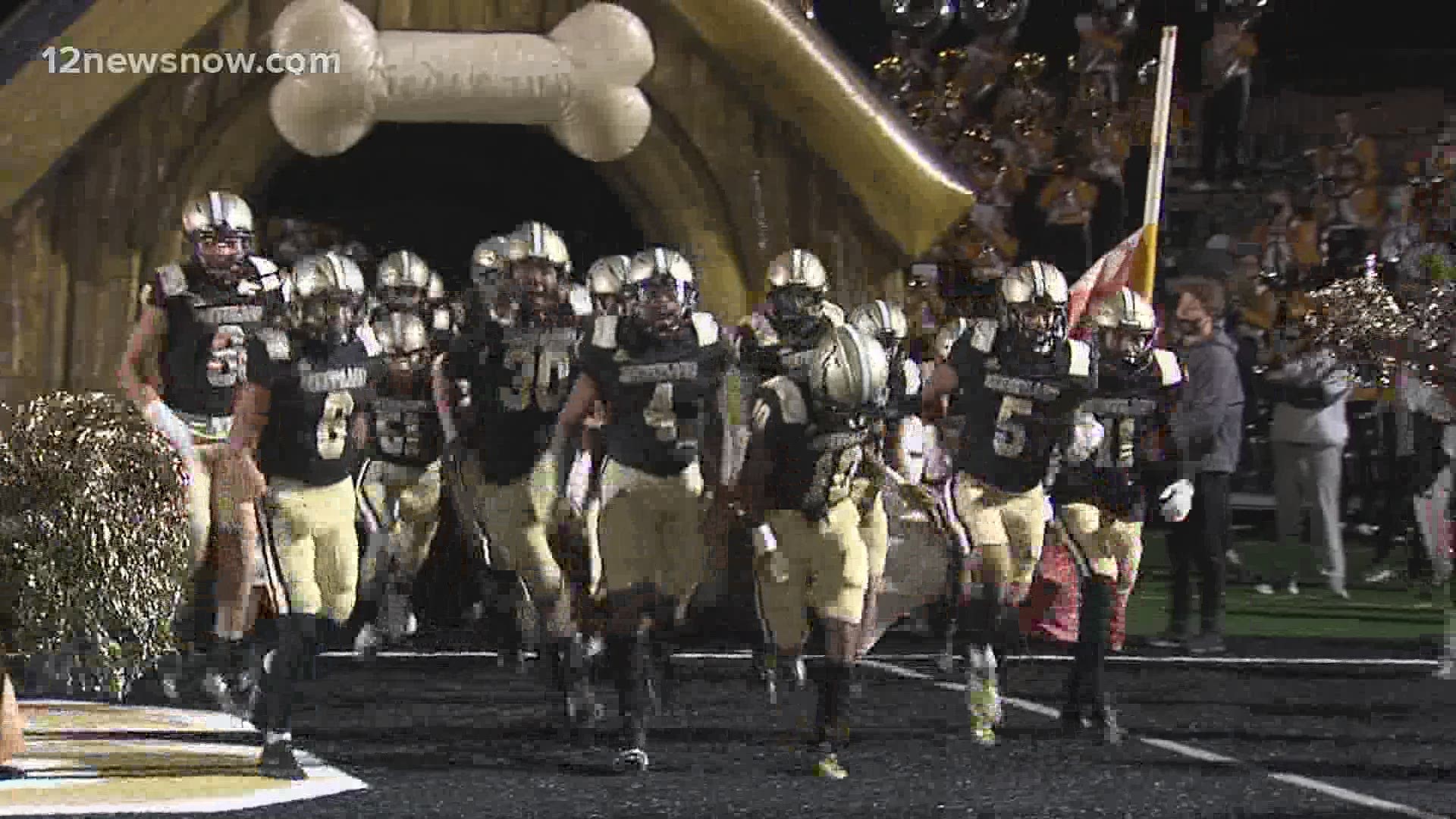