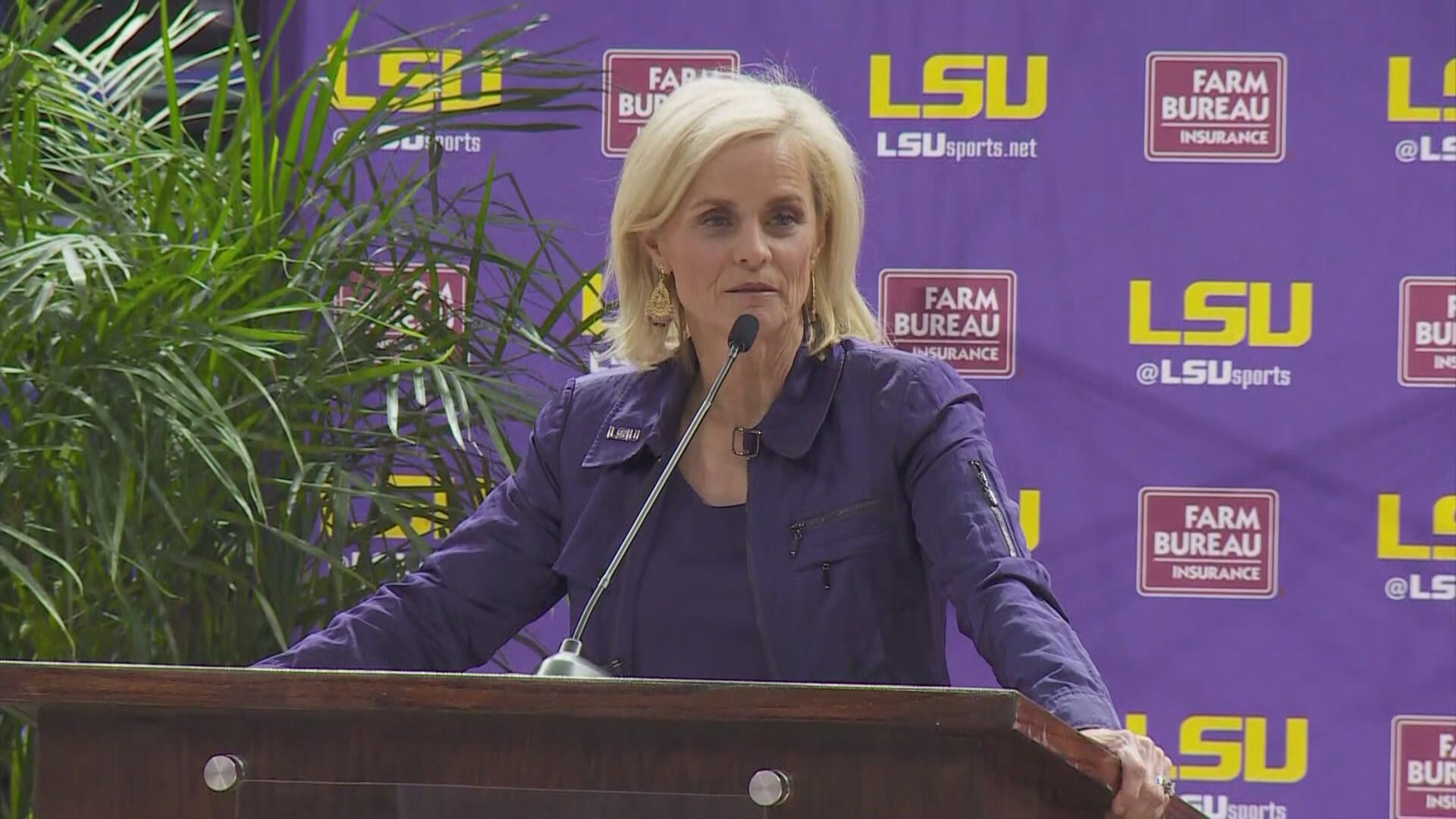 BATON ROUGE, La. — Head coach Kim Mulkey made it clear during her introductory press conference that she's back home in Louisiana for one reason: To win championships.

The Hall of Fame coach and new leader of the Lady Tigers basketball team was formally introduced on Monday, April 26 after 21 years at Baylor.

"I built that program from the ground up," Mulkey said. "Can you believe there's only one institution that I would've left for and they made the commitment and now I'm home."

Mulkey is one of the most successful college basketball coaches in NCAA history. She who won three national championships at Baylor, made it to three Final Fours, reached the Elite Eight six times and the Sweet 16 on five other occasions. The Bears lost in the regional finals to UConn last month.

Mulkey won an Olympic Gold Medal in 1984 and two national titles with Louisiana Tech University, one as a player and the second as an assistant coach.

Mulkey, a Tickfaw native, was accepted into the Women’s Basketball Hall of Fame in 2020.

"If you've follow my career, I've said it numerous times: No matter where I go to coach, no matter where my career takes me, Louisiana is my home," Mulkey said.

"I want you to see those banners behind you right there," she said. "No where on there does it say National Champion. That's what I came here to do."

Mulkey replaces Nikki Fargas, who stepped down earlier this week.

Of all the Lady Bear players who have started and finished their career at Baylor, those student-athletes have a 100% graduation rate. In addition, Baylor has had nine 1st-round draft picks to the WNBA.

The LSU Lady Tigers finished the 2020 season with a record of 20-10 and 7th in the Southeastern Conference. Their Head Coach, Nikki Fargas, stepped down April 15 after 10 seasons.