LU women fall to TCU in Fort Worth

Cardinals fade in second half against Horned Frogs

FORT WORTH, Texas — The Lamar University women's basketball program dropped a non-conference matchup on Wednesday after being defeated by TCU, 79-53, at the Schollmaier Arena in Fort Worth, Texas.

The first quarter came out to be a game of runs between the Cards and the Horned Frogs as TCU went on an 12-4 run to open the game before a three pointer by junior Angel Hastings allowed Lamar to pull things to within three at the 3:39 mark in the first. The Horned Frogs shot 40 percent in the first while the Cards were held to 23.5 percent, but turnovers costed TCU in the first as they committed five to Lamar's zero. Hastings put up four first-quarter points to lead the Cards.

Lamar opened the second quarter on a 6-0 run before Yummy Morris stopped the Red run. The Cardinals took their first lead of the game at the 8:11 mark in the second on a layup by Hastings. TCU bounced back and used a 10-0 run over the middle minutes of the quarter. The Cardinals closed the first half on a 6-0 run that cut the Horned Frog lead to 33-27 at half.

The Cardinals came out of the half time break on a shooting cylinder as they knocked down 60 percent of their shots to begin the third quarter. Lamar used a 9-5 run from the 9:41 mark to the 6:19 mark in the third to cut the TCU lead to 38-36. The Cards went on to exchange baskets with the Horned Frogs before TCU extended their lead over Lamar, 54-45, to end the third.

The fourth quarter was all TCU as they opened the quarter on a 7-0 run and held the Cards scoreless over the first five minutes of the frame before a pair of free-throws by junior Umaja Collins were knocked down to bring the TCU lead to 66-47. The Horned Frogs went on to capture the final quarter and the game over the Cards, 79-53.

Hastings finished with a season-high 22 points after going 7-for-18 from the field. She added one rebound and one assist to her stat line. Sophomore Malay McQueen finished the afternoon with 14 points, two rebounds, two steals and one assist.

UP NEXT: The Cardinals will welcome Southeastern Louisiana to the Montagne Center on Wednesday, Dec. 16 with tip off scheduled for 7:00 p.m. CT. The game will be broadcasted on ESPN+. 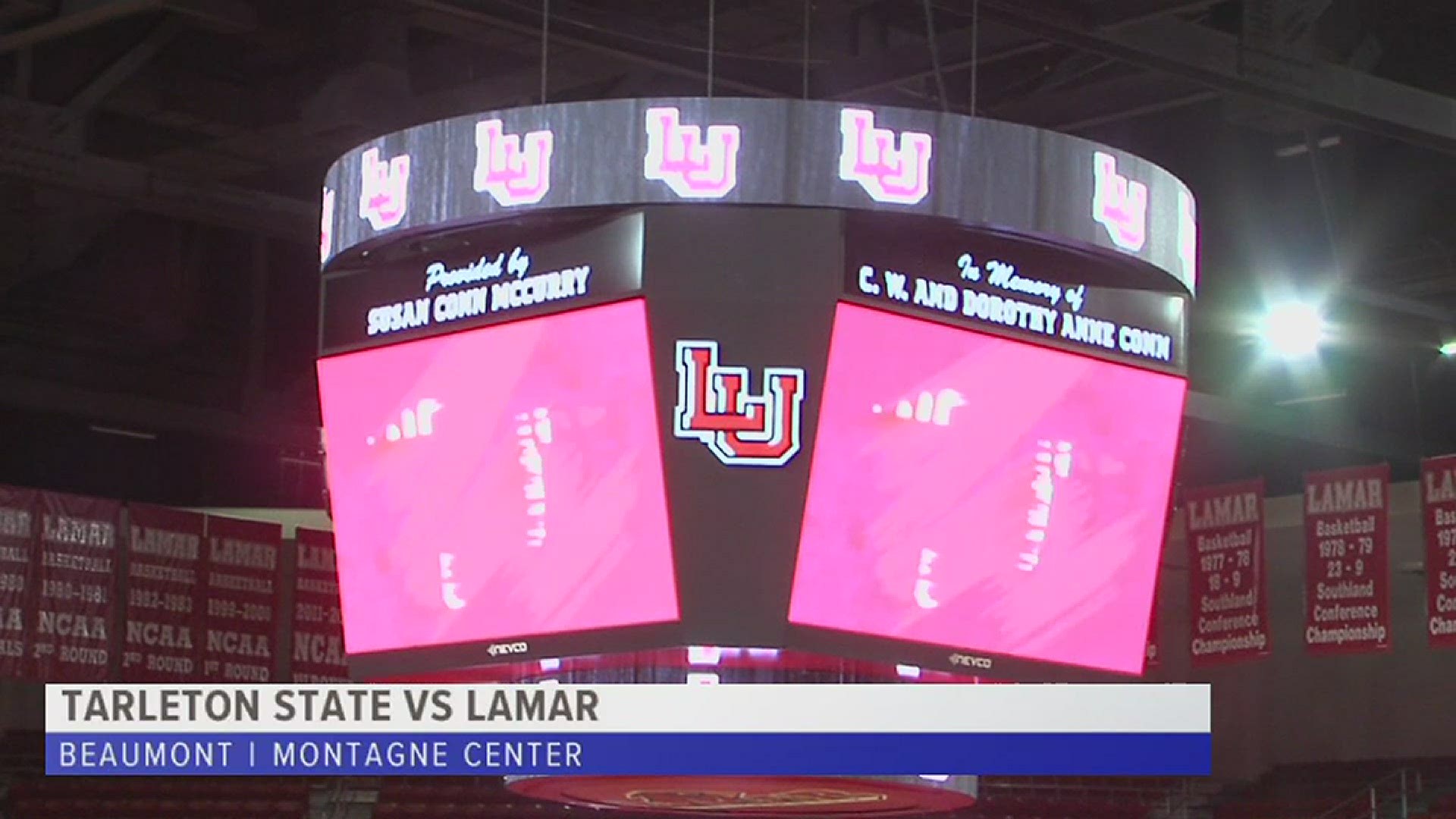