Lamar's tournament run comes to an end against Sam Houston 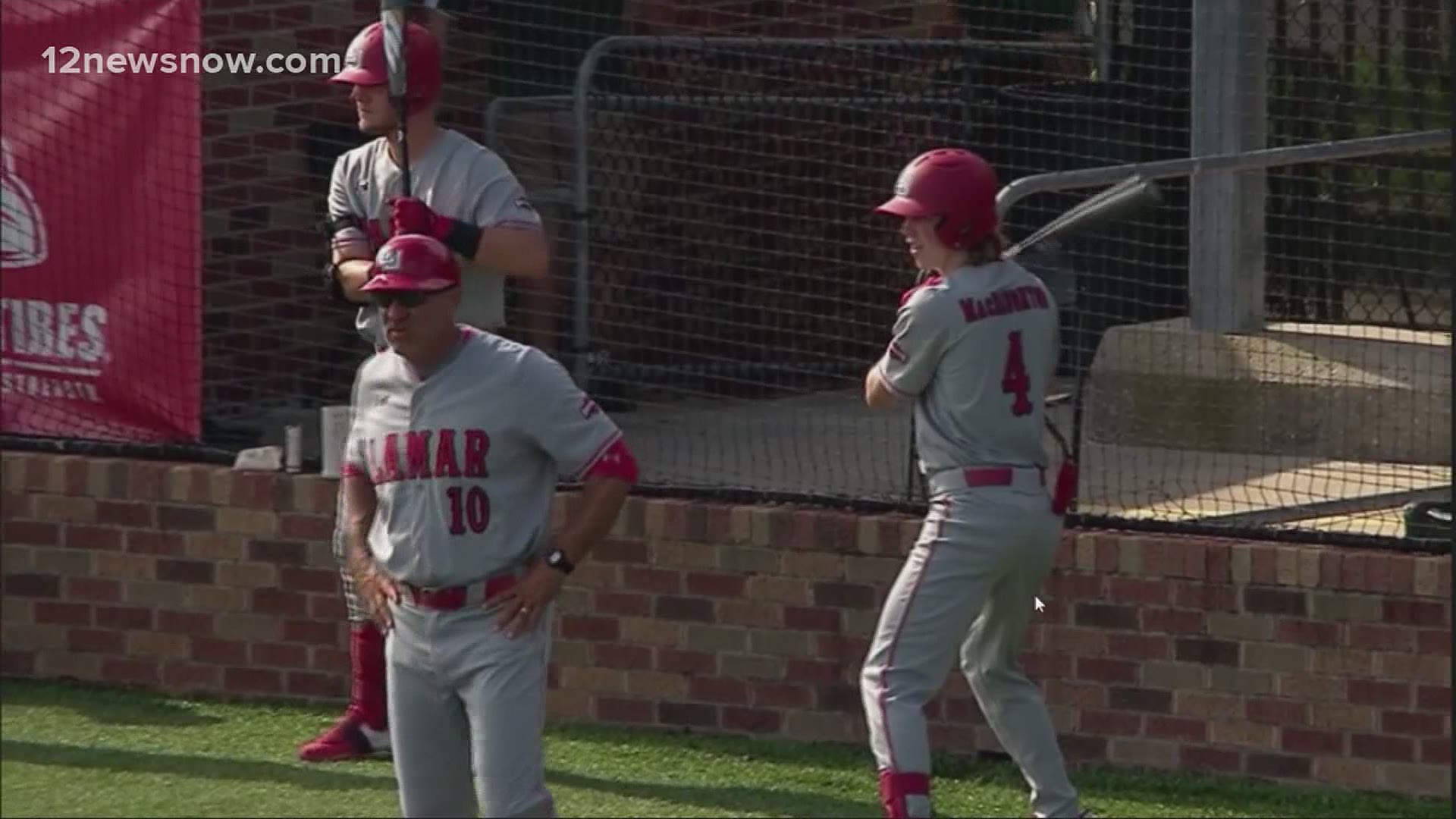 HAMMOND, La. — Sophomore Ryan Snell doubled home Kelby Weyler from first in the 6th inning to give Lamar University a one-run lead, but Sam Houston answered with runs in their final three at-bats to rally for the victory, 7-4, Thursday morning at Kenelly Diamond at Alumni Field.

The Cardinals started Zach Bravo who went 3.0 innings surrendering three runs – two earned – on three hits with five strikeouts (including four of the first five batters faced) with two walks. He was pulled in the fourth in favor of Jack Dallas (2-3). The West Orange native pitched 4.2 innings but gave up four runs on nine hits to take the loss. Dallas struck out six Bearkats in his outing.

“The run we made at the end of the season to get here was one of the most exciting things of my career,” said LU head coach Will Davis. “Our pitchers came up with big moments on the mound and we got big hits from guys like Cole Girouard and Logan LeJeune to win games. It was a very special run. The reason why you get into this world is because of moments like that. I very proud of this group.”

Kyle Backhus got the start for Sam Houston and went 5.2 surrendering four runs – two earned – on five hits with five strikeouts but left with the game tied. Lance Lusk pitched the final 3.1 to get the win.

Five different Cardinals got in the hit column Thursday led by a 2-for-4 effort from Snell. The Hardin, Texas native finished the day with an RBI and a run scored. The other two RBIs were recorded by Ben MacNaughton and Cole Girouard.

The Cardinals plated the game’s first run by taking advantage of a Sam Houston miscue. After Ben MacNaughton stole second to put himself in scoring position, Kelby Weyler hit the ball to first but the pitcher was late covering the bag. MacNaughton never stopped running on the play and scored. The inning ended just seconds later as Weyler – being aggressive – tried to advance to second on the throw home but was tagged out.

The lead didn’t last long as Sam Houston answered with a Colton Cowser two-run home run to right field in the next half inning. The shot didn’t shake Bravo as the Albuquerque, N.M. native responded by striking out the side.

Cardinals battled back to tie things up in the 5th. After a leadoff double from Anthony Quirion, LU loaded the bases for Cole Girouard. The LU centerfielder got the rally started with a sacrifice fly to left field scoring one. MacNaughton pulled LU back even moments later with a single to left center.

After a quick bottom half of the 5th, LU was back on the attack in the 6th. With one out and one on, sophomore Snell doubled to left field scoring Weyler all the way from first. Unfortunately, the momentum didn’t last long as Sam Houston answered back to tie the game with a solo shot in the bottom half of the 6th. The Bearkats tacked on one in the 7th and two more in the 8th for the final score.

The Cardinals end the 2021 season with a 25-23 record, and their first Southland Conference tournament appearance since 2017. 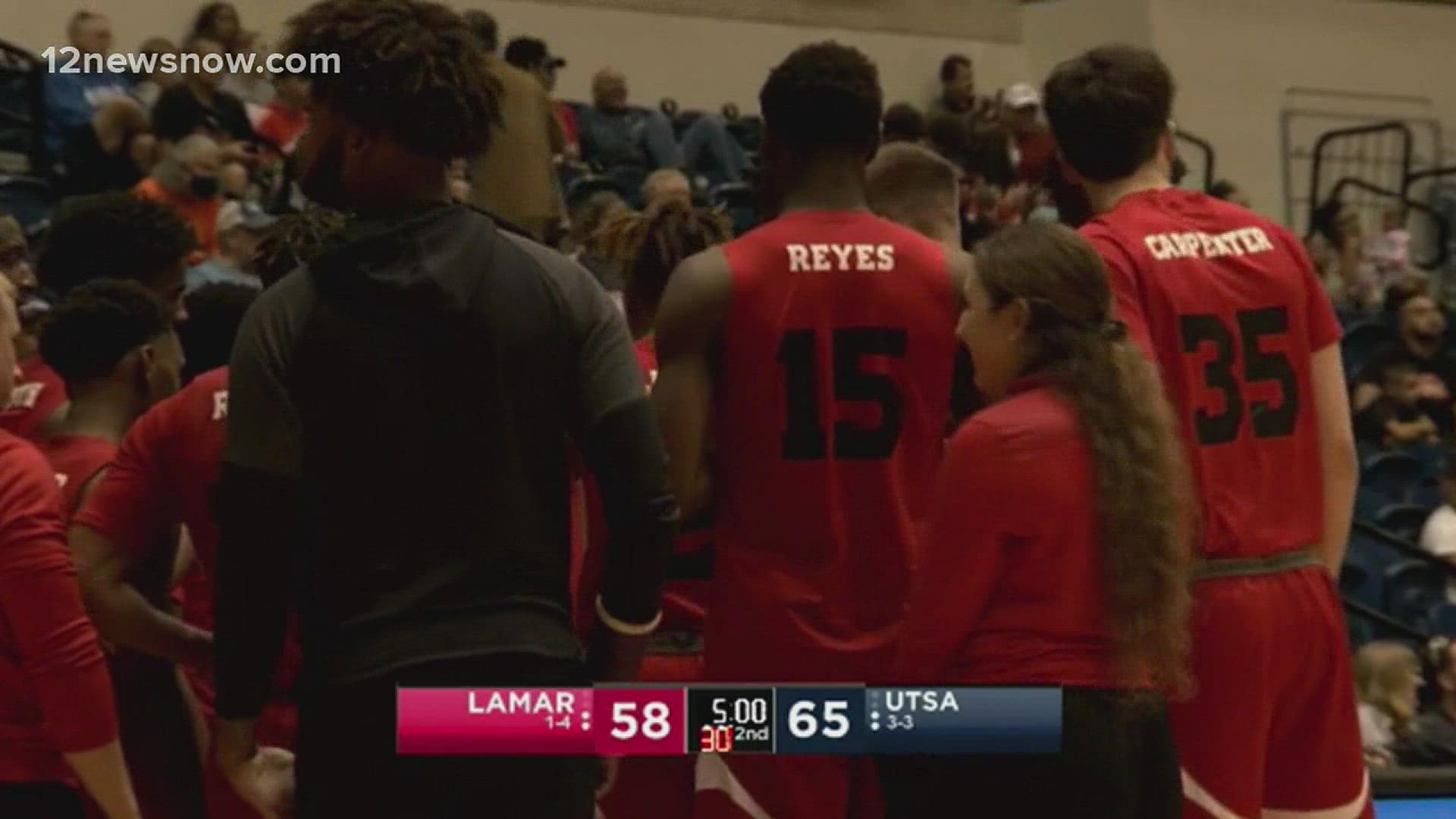