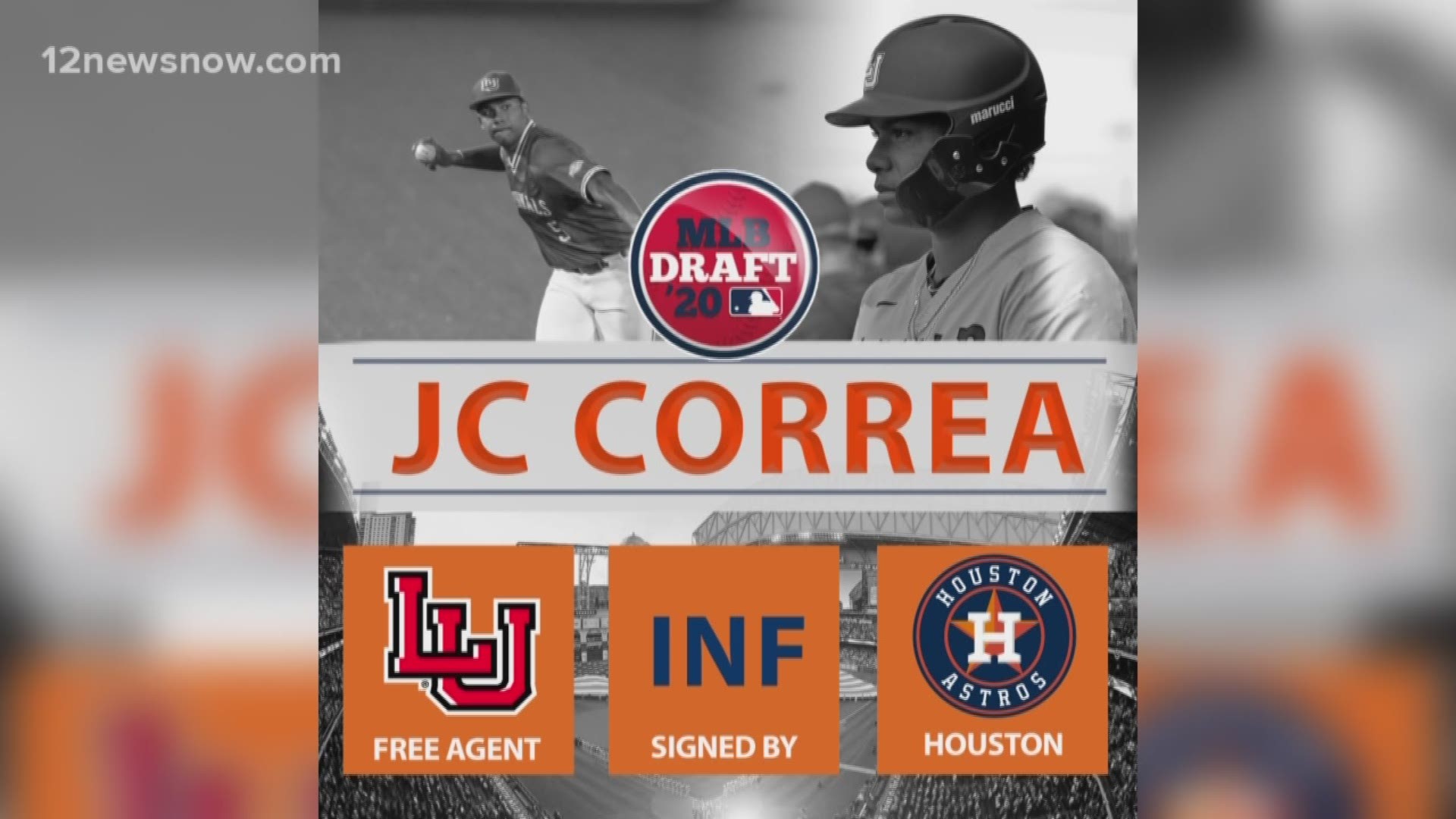 BEAUMONT, Texas — The Houston Astros drafted Lamar's JC Correa the past two years. Both times he returned to school to finish his degree. Today he signed a contract with the same organization his brother Carlos plays for.

In most years Correa would've been a lock to be drafted, but with the 2020 Draft being limited to five rounds due to the COVID-19 pandemic, he was left sitting at home waiting on a call like many players.

Lamar Head Coach Will Davis had nothing but praise for JC.

"I talked to him on Monday and it sounded like there were some other teams. It didn't sound like it would be the Astros. So when I reached back out to him yesterday I was a little surprised that it turned out that way. I guess as surprised as I could be for him being drafted by them a few times. And obviously the connection with his brother. But I'm really happy for him and I think it's a good fit. I think they'll take good care of him and most of the affiliates are obviously close, so we'll be able to follow him a little bit here in person."

While signing was a huge accomplishment, Correa has made it clear how much his degree meant to him. Davis seconded that.

"I talked to him last year about it, you know. And when he went in the draft last year we were just like look OK, if you don't want to do this there's no harm in coming back and getting your degree. It's a lot harder to get your degree once you actually start playing, even though you only have a few classes left to finish up. And he kind of agreed with that and he came back and man the guy did it the right way. He came in for two years, made over a 3.0 And he worked really hard at baseball. He's just an exemplary student-athlete. He personifies everything you would want in a student-athlete."