Lamar to offer more camps throughout the summer 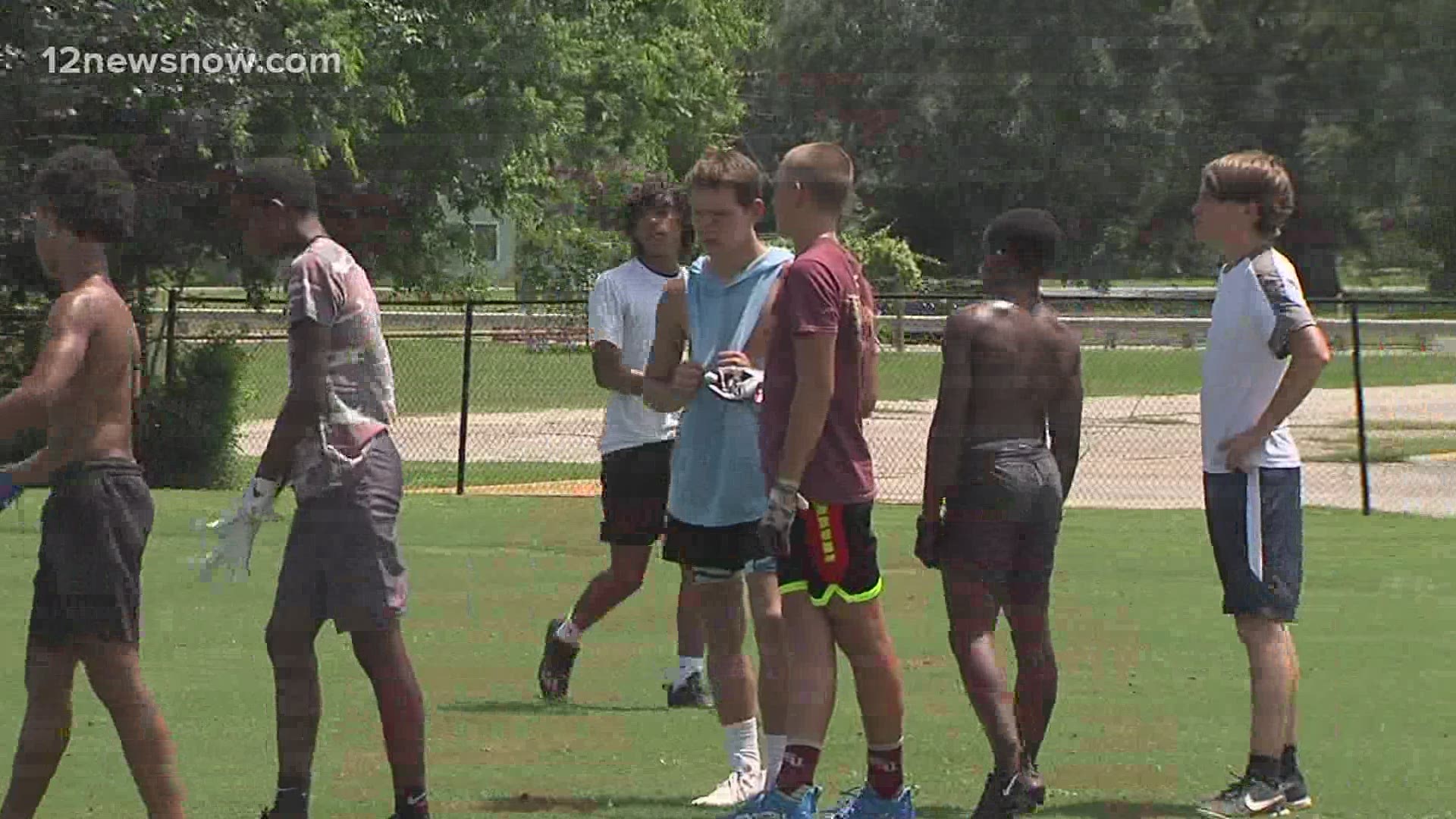 BEAUMONT, Texas — Camp season is officially in full swing here in Southeast Texas with just about every sport imaginable being offered.

Coach Morgan said it's important to show they are part of this community.

"I mean a lot of people have reached out to me and reached out to the program and said they see what we are doing. They want to be more involved with Lamar and they're happy that we're finally doing something. So now with these kids, they're enjoying it. I mean they're asking all the coaches names, asking when the games are and are very excited. So I'm very excited about the future with us in the community because this is just the beginning. Everybody sees what we're doing. The kids are loving what we're doing. I think we're doing a great job. So as long as people give us positive feedback, keep doing what we're doing I think the future is going to be way bigger than it is now.

Of course safety is the number one priority at these camps, especially with the heat index in triple digits.

"Yeah I mean we have to keep them hydrated. You know after every session we tell the kids be sure to eat something. Get something in your body. Eat some fruit. Don't drink all that soda. Don't eat a lot of junk food. Eat a lot of fruits, drink water and we always keep them hydrated. It's not a lot of kids out here so we try not to kill them. So what we do after every position we do, we let them get a shot of water. As you can see now they're getting water just to make sure they're ready. Kind of let their bodies cool off before we compete some more."