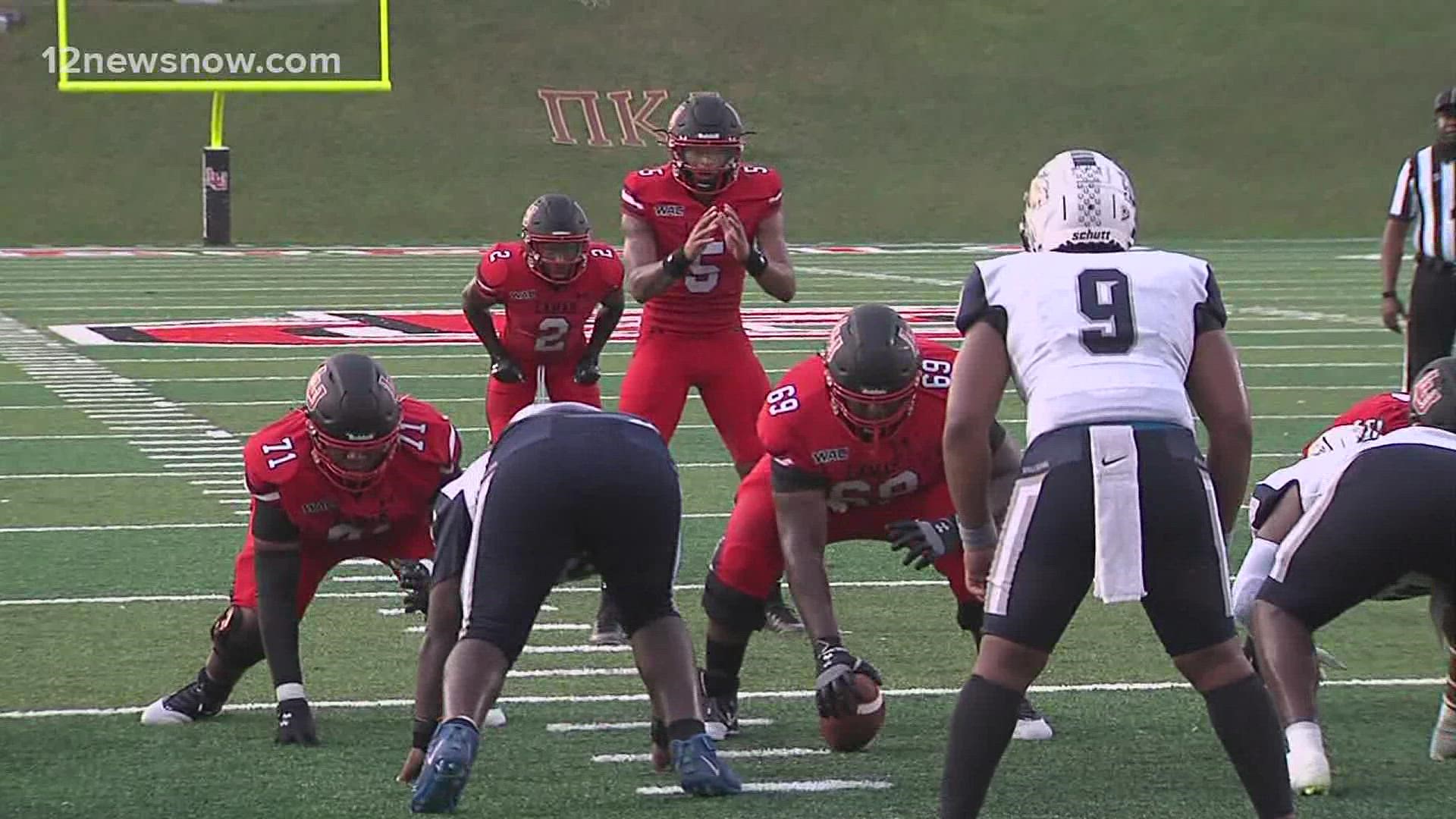 Big Red racked up 437 yards of total offense, including 243 on the ground, while holding their guests to 138 total. LU's defense surrendered just 10 yards rushing on the night. The Cardinals did a solid job of keeping NAU's offense off the field holding the ball for nearly 14 minutes longer than the Stallions.

The Cardinals ground attack was led by sophomore Chaz Ward's 59 yards on 15 carries (and a touchdown), while Beaumont's James Jones added 10 carries for 50 yards and two scores.

The Cardinals opened the game with two touchdowns in the first quarter, followed by three scores in the second – two touchdowns and a field goal. The final score of the half was a one-yard James Jones run with 13 seconds remaining.

The Cardinals pushed their lead to 47 before NAU was able to get on the board. The Stallions' lone score of the night came on a 35-yard field goal from Brandon Lemus with 6:01 left.

The Cardinals return to action Saturday, Sept. 11, when they travel to the Alamo City to take on UTSA. The game against the Roadrunners will kick off at 5 p.m.