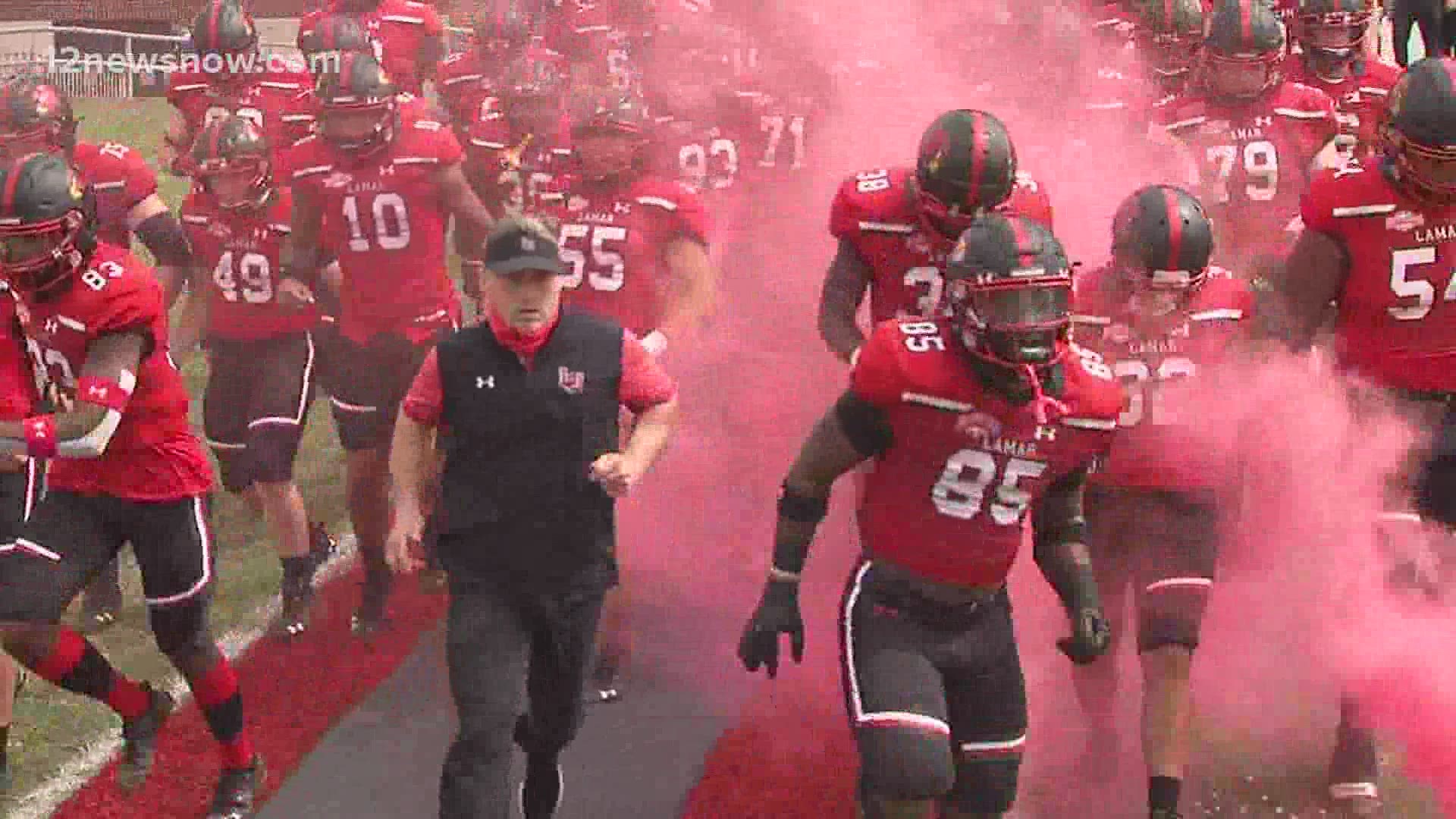 BEAUMONT, Texas — Lamar University jumped out to a 28-0 lead on Northwestern State and rode that advantage to a 31-23 victory on Senior Day Saturday afternoon at Provost Umphrey Stadium. The victory moves LU to 2-3 (.400) on the season, with the regular-season finale at Southeastern Louisiana remaining.

The Cardinals’ huge lead to start the game was aided by three first-half interceptions. Anthony Ruffin, Steven Jones and Caimyn Layne each picked off passes in the opening 30 minutes as the Cardinals built an insurmountable lead.

The Cardinals racked up 331 yards of total offense, including 212 on the ground. The most impressive part about Big Red’s offense Saturday was simply their ability to keep the Demon defense on the field. The Cardinals held the football for more than 40 minutes, and more than 20 minutes longer than Northwestern.

The time of possession stat becomes even more impressive when considering the majority of the damage from the Demons’ offense came on the ground. Northwestern State racked up 409 yards of offense, including 215 rushing yards.

The Cardinals’ lone TD reception was hauled in by freshman Connor Venetis – the first of his career.

The Cardinals opening score of the game came on a one-yard run from Ward. The one-yard plunge capped a 13-play, 75-yard drive that took nearly 5:30 off the clock to start the game. After LU’s defense stepped up with an interception from Ruffin (on the fourth play from scrimmage) in their own end zone, the Cardinals responded with an eight-play drive that was capped off by a 10-yard pass from Dummett to Venetis. The drive took more than four minutes off the clock.

The Cardinals tacked on two more first half scores, before the Demons were able to dent the board with just under three minutes remaining until halftime, but LU carried a 28-7 lead into the locker room.

LU opened the second half with a 43-yard field goal from Bailey Giffen to take a 31-7 lead. The Demons attempted to make things interesting with two scores late but Northwestern State was unable to convert an onsides kick with 96 seconds remaining.

The Cardinals will close out the regular season Saturday, April 3, when they travel to Hammond, La., to take on Southeastern Louisiana. The game against the Lions will kick off at 6 p.m. from Strawberry Stadium and will be broadcast live on Newstalk 560 KLVI.