Cards and Demons will play rubber game tomorrow at noon 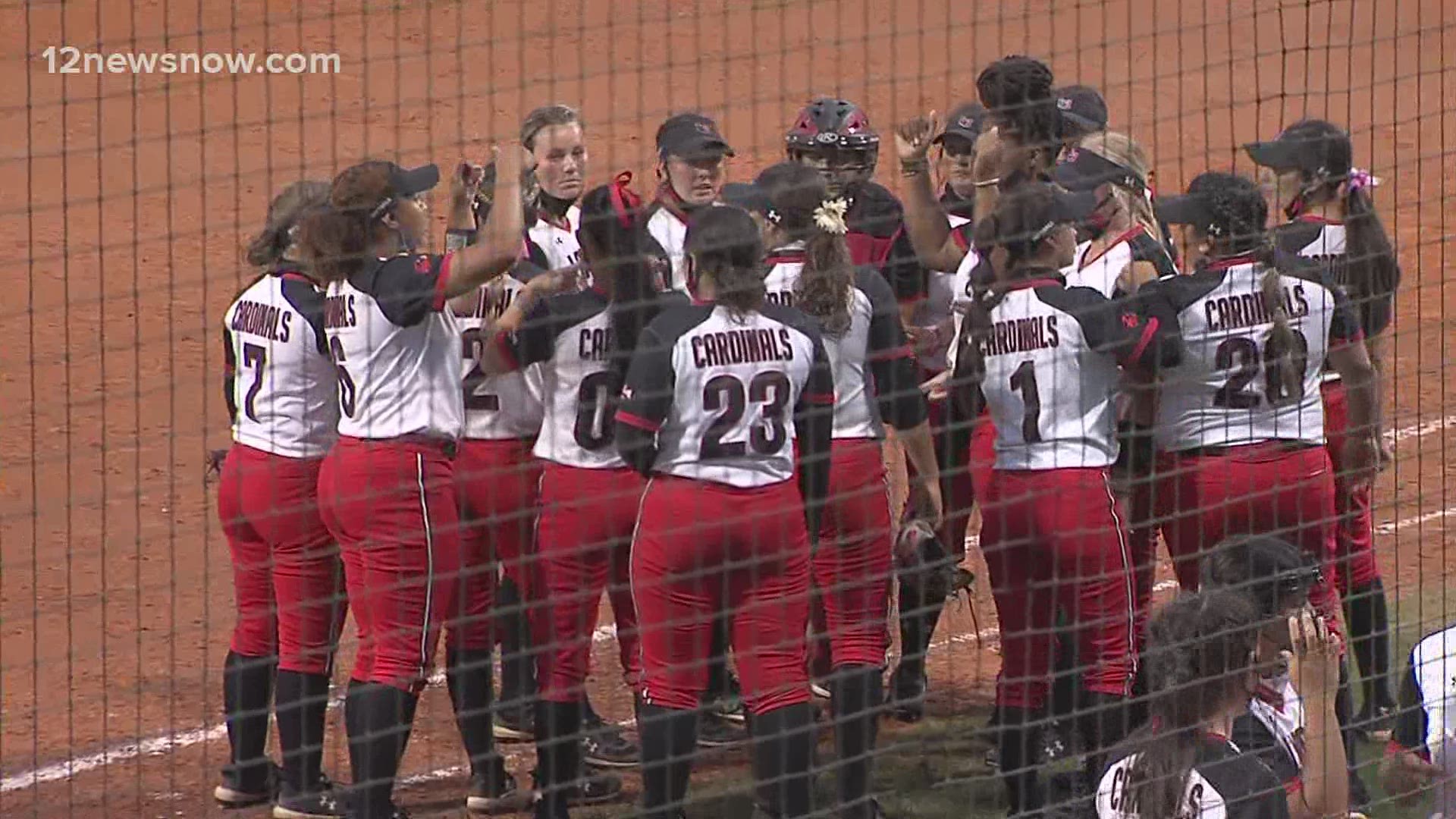 BEAUMONT, Texas — The Lamar University softball program split Friday's doubleheader with Northwestern State as the Cards captured game one and the Demons captured game two. The rubber match is set for a 12 p.m. first pitch at the LU Softball Complex.

The Cardinals got on the board early in game one as just four batters in sophomore Hannah Kinkade flied out to center for a sacrifice fly that brought home Nicolette Ramirez. Kinkade again went onto power Lamar to another run in the third when she singled up the middle to bring home Aleka Xayaseng.

Kinkade led the Cards in game one as she went 1-for-2 with two runs batted in. Xayaseng followed suit as she also finished .500 on the night with a run scored.

The bats of the Lady Demons broke out in game two as they got to work early in the first with a run of a single by Rhoden that brought home Delafield. It did not take long for Northwestern State to add to their lead as they went up 5-0 after the second inning. The Demons went onto break out for three more runs going into the bottom of the fourth.

The Cardinals found home after a double down the left field line by Kaylee Ancelot was able to bring in Kinkade and Hannah Carpenter. Neither team would found home until the top of the seventh when Northwestern State broke out for six runs on six hits to take a convincing 15-2 win going into Saturday's matchup.