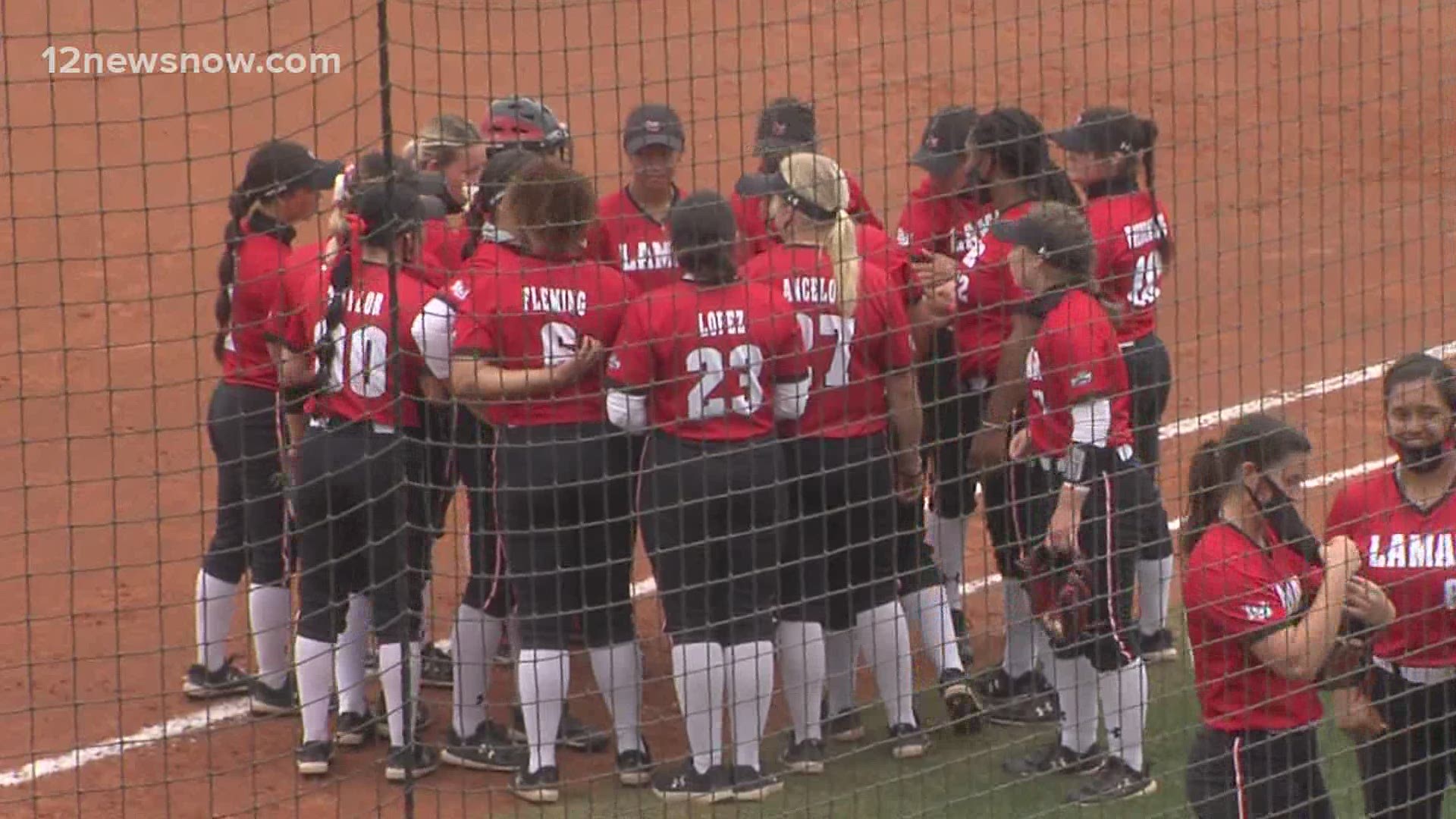 The pitching came to be the talk for the first two innings of the game as the Cardinals' Shelby Mixon gave up just one hit in two innings to begin the game. The Lady Demons forced Lamar into one-two-three situations in the first and second innings before the Big Red offense found something in the third.

Northwestern State broke the scoreless drought in the third on a single up the middle by DuBois that brought home two runs to give Northwestern State a 2-0 lead going into the bottom of the frame where Delafield pitched another scoreless inning for the Cards. Going into the fourth, the Lady Demons got one on base in the first batter before the second NSU batter lined out to left field. The next batter up saw them hit into a Big Red double play that ended the top of the frame.

The bottom of the fourth saw the Cardinals tally their first run of the afternoon on a sacrifice fly by Hannah Carpenter that brought home Aleka Xayaseng. The Demons went onto leave a runner on in the fifth before a wild bottom of the fifth happened that gave the Cards their first lead of the afternoon. Savana Mata stepped up to the plate and took the third pitch on a single to left, but the left fielder went for the throw out at third and got the throw there, but the runner was safe. Mata took for second and got there, but advanced to third and round for home after a throwing error by the NSU third baseman.

The Lady Demons went onto retake the lead in the sixth as Hawthrone singled up the middle to score two runs to give Northwestern State a 5-4 lead over Lamar. The Cardinals went onto get runners in scoring position, but the next LU batter grounded out to the pitcher to end the contest.


UP NEXT: The Cardinals will have a week off before hosting UIW in a three-game series at the LU Softball Complex with a doubleheader on Friday and the series finale on Saturday.