Cardinals taken down twice by Cowgirls in mid-week action 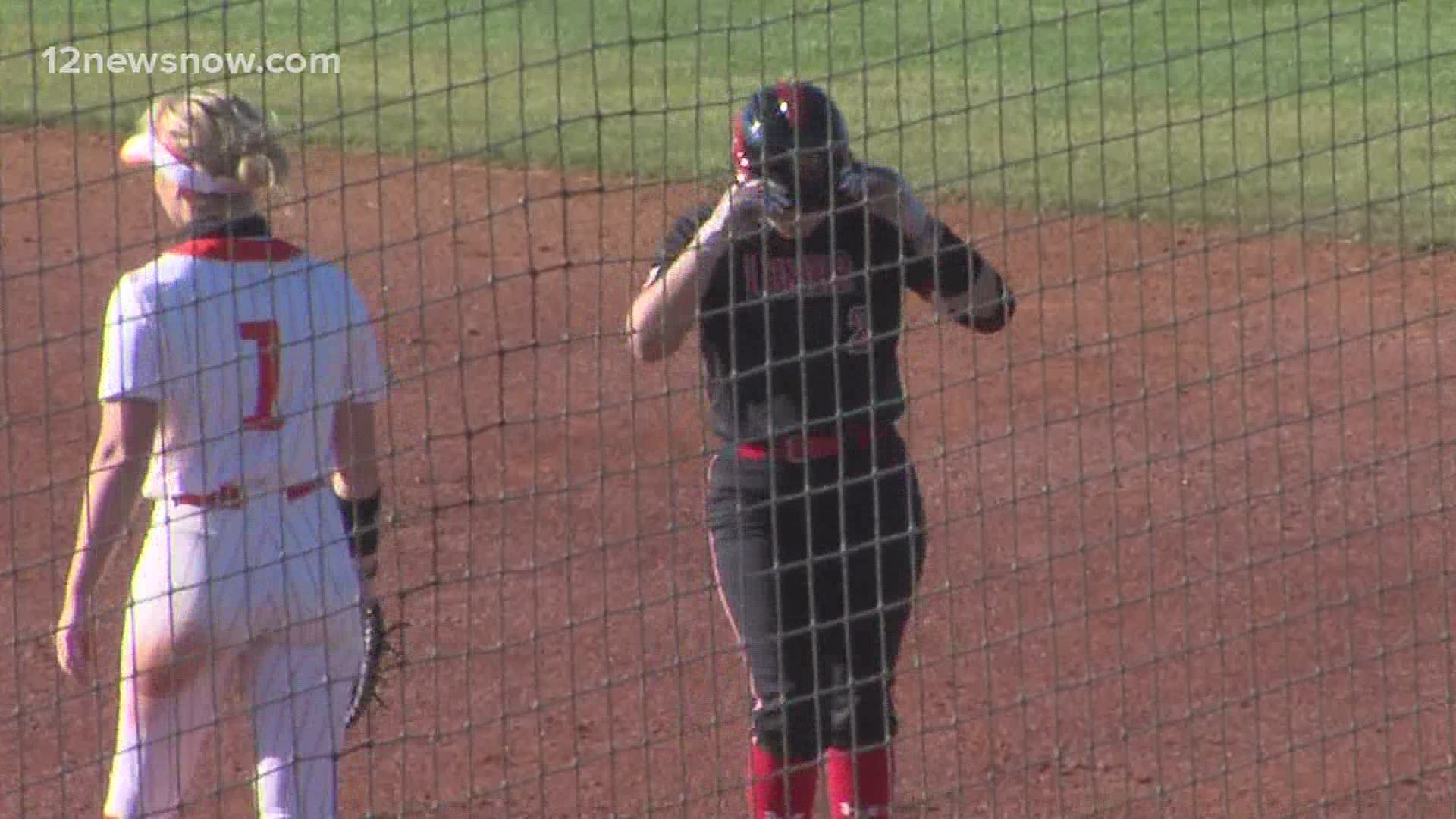 BEAUMONT, Texas — The Lamar University softball program dropped both contests to open play at the Scrap Yard Blizzard Challenge and will look to bounce back on day two when they play North Texas at 11 a.m. and then future WAC opponent Tarleton State at 1:15 p.m. at the Scrap Yard Sports Complex.

The Cowgirls got things going in the first as they opened the scoring on a stolen base at home by Naomi. Freshman Breanna Reyna kept the nationally ranked Cowgirls scoreless over the next four innings before an Oklahoma State single brought in the second run of the contest.

The Cowgirls extended their lead in the sixth as they tallied two runs to extend their lead. Oklahoma State went onto tally four runs in the seventh to capture the win in game one, 8-0, over the Cards.

The Cowgirls and Cards kept things even after one, but it was Oklahoma State who found the plate first in the top of the second on a double to right center. The Cowgirls exploded for six runs on seven hits in the third to extend their lead to 7-0 over the Cards.

Oklahoma State continued to put away runs as they added three runs on four hits in the fourth to take a commanding 10-0 lead over the Cards. Going into the fifth, things were all Oklahoma State. The Cowgirls added one more run in the top of the fifth to push it to 11-0 before getting the final out in the bottom of the frame to end game two.

UP NEXT: The Cardinals will turn their focus on the Lone Star State Invitational where they will play five games over three days beginning with nationally ranked Texas on Friday, February 26th in Austin with first pitch at 3:30 p.m. CT.