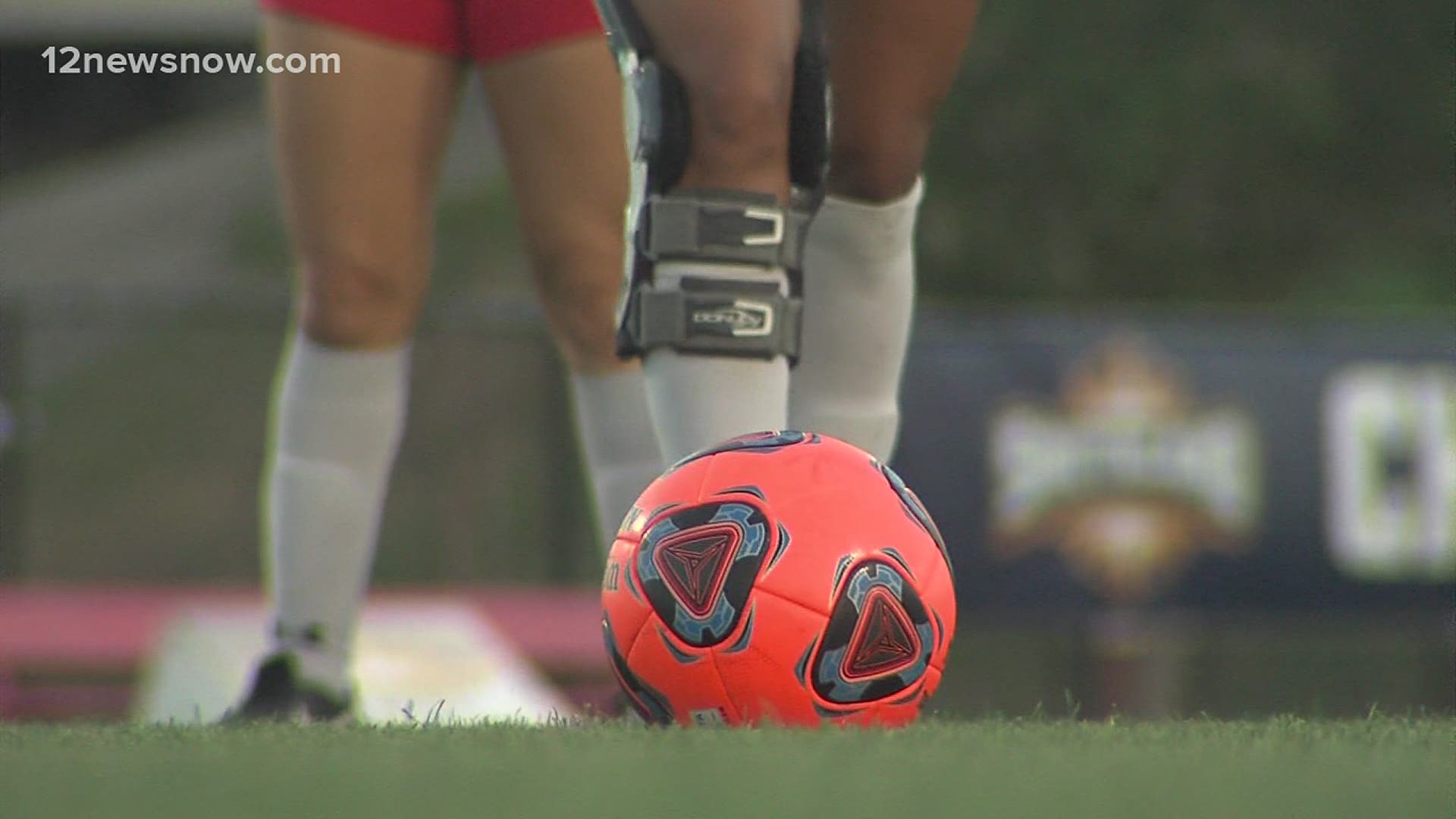 BEAUMONT, Texas — The Lamar University women's soccer program will open their play at the 2020 Southland Conference Tournament as the two seed and will play the seventh seeded Sam Houston Bearkats on Tuesday night. Kickoff is slated for 8 p.m. CT at the LU Soccer Complex.

"It is definitely been an extremely challenging year for our program," said head coach Steve Holeman. "To lose three to four of our top players on a 16-player roster and still finish second in the league is quite an accomplishment. It's unfortunate that a Covid situation resulted in us not playing our final game for a shot at the title but that's the kind of year it's been. I'm proud of this group and their perseverance throughout the season. We are looking forward to another opportunity to play on Tuesday night."

The Cardinals locked up the two seed in the SLC Soccer Tournament after posting a conference record of 7-3. On Monday morning, Esther Okoronkwo and Madison Ledet were named to the SLC All-Conference First Team while Sophia Manibo, Kaisa Juvonen, Christine Kitaru, Meg Sheppard and Nicole Panis were all named to the second team.

The 2020 Southland Player of the Year, Okoronkwo leads Lamar with 24 total points on nine goals and six assists while Kitaru backs Okoronkwo with four goals and two assists. Sophomore Nicole Panis leads the Cardinals in the cage with 65 saves on the season and posting a 0.90 goals allowed average.

LAST TIME OUT: The Cardinals fell to Sam Houston on Saturday, April 3rd by a 2-0 decision. Brooke Jones led the Bearkats with a goal and perfect on shooting in the contest.

SERIES HISTORY: This will mark the 16th overall meeting between the programs with the Bearkats holding the series advantage 9-5-1 over the Cards. Last time the teams faced, Sam Houston blanked the Cardinals, 2-0.

SCOUTING THE BEARKATS: The Bearkats (5-5-1, 5-5-1 Southland) are led on offense by Brooke Jones who has nine points on the year in four goals and one assist. In the cage for Sam Houston is Abby DeLozier who owns a 1.06 goals allowed average and has stopped 42 shots on the year.

UP NEXT: If the Cardinals advance to the semi-finals of the tournament, they will face either No. 3 Abilene Christian or No. 6 UIW on Thursday, April 15th at 7 p.m. at the LU Soccer Complex.