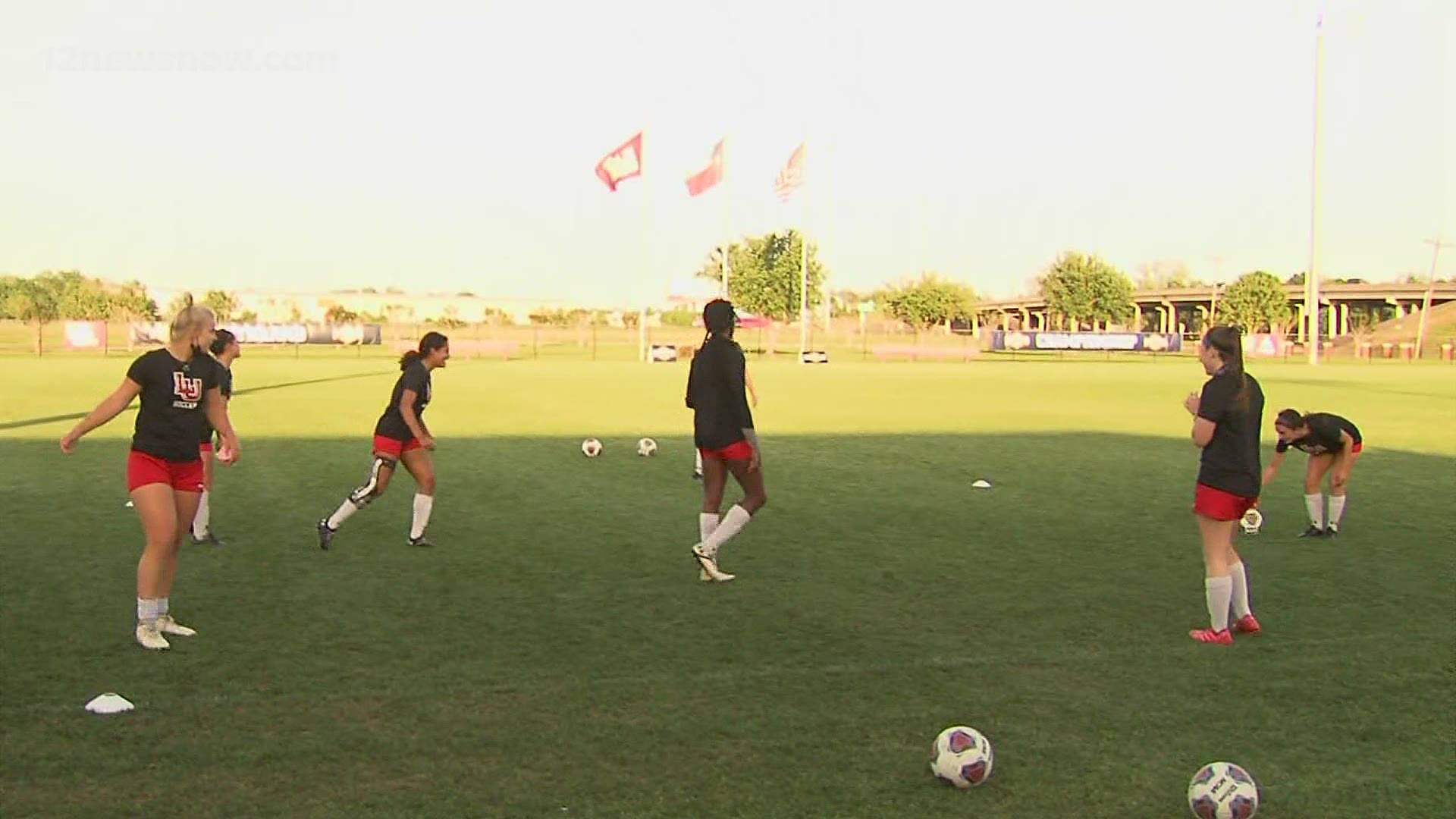 BEAUMONT, Texas — After posting another stellar year on the soccer pitch, the Lamar University women's soccer program took home some very impressive honors following the conclusion of the 2020 season.

Esther Okoronkwo was named the Southland Player of the Year and Forward of the Year. Madison Ledet was dubbed the Southland Conference Midfielder of the Year while being named to the All-SLC First Team with Okoronkwo. Sophia Manibo, Meg Sheppard, Kaisa Juvonen, Christine Kitaru and Nicole Panis all received second team honors for their play this season.

"I'm excited for the players who have been recognized by the league coaches and sports information directors," said head coach Steve Holeman. "We have really good representation on the first and second teams and I know they are eager to get back on the field to play again."

Okoronkwo saw a stellar senior year for the Cards as she led the team in goals (8), assists (6), shots (46) and shots on goals (26). The preseason MAC Hermann Trophy Watch List honoree saw her at the top of each stat category for the Southland as she was first in goals, shots on goal, assists, shots, game-winning goals and points. In the 3-0 win over Central Arkansas, Okoronkwo became just the ninth player in conference history to net her third career hat trick. She was also named Southland Conference Offensive Player of the Week twice during her senior campaign.

Ledet, a Nederland, Texas native, saw another impressive year during her senior season. She finished second on the team in assists during conference play with four. She also finished the year second in conference in assists with four while helping lead the Cardinals to an 8-3 overall record on the year with one contest with multiple assists.

Manibo was the leader of the Lamar backline this season that produced four shutouts on the season. Manibo tallied one goal and one assist in her senior season. She also led the team in minutes played in conference contests with 912 minutes played.
Alongside fellow Cardinal teammates, Sheppard tallied 844 minutes in conference play this season that contributed to a LU defense that allowed on average 0.91 goals per game by opponents.

A native of Tampere, Finland, Juvonen tallied 775 minutes during the conference season and helped lead a midfield to four shutouts on the year including a win over Northwestern State on March 19. She tallied her first points of the season with an assist in a 3-0 win over Central Arkansas.

The Southland Conference Soccer All-Conference Teams are nominated and voted upon by the league's head coaches and SIDs. Each team consists of four defenders, four midfielders, four forwards and a goalkeeper.