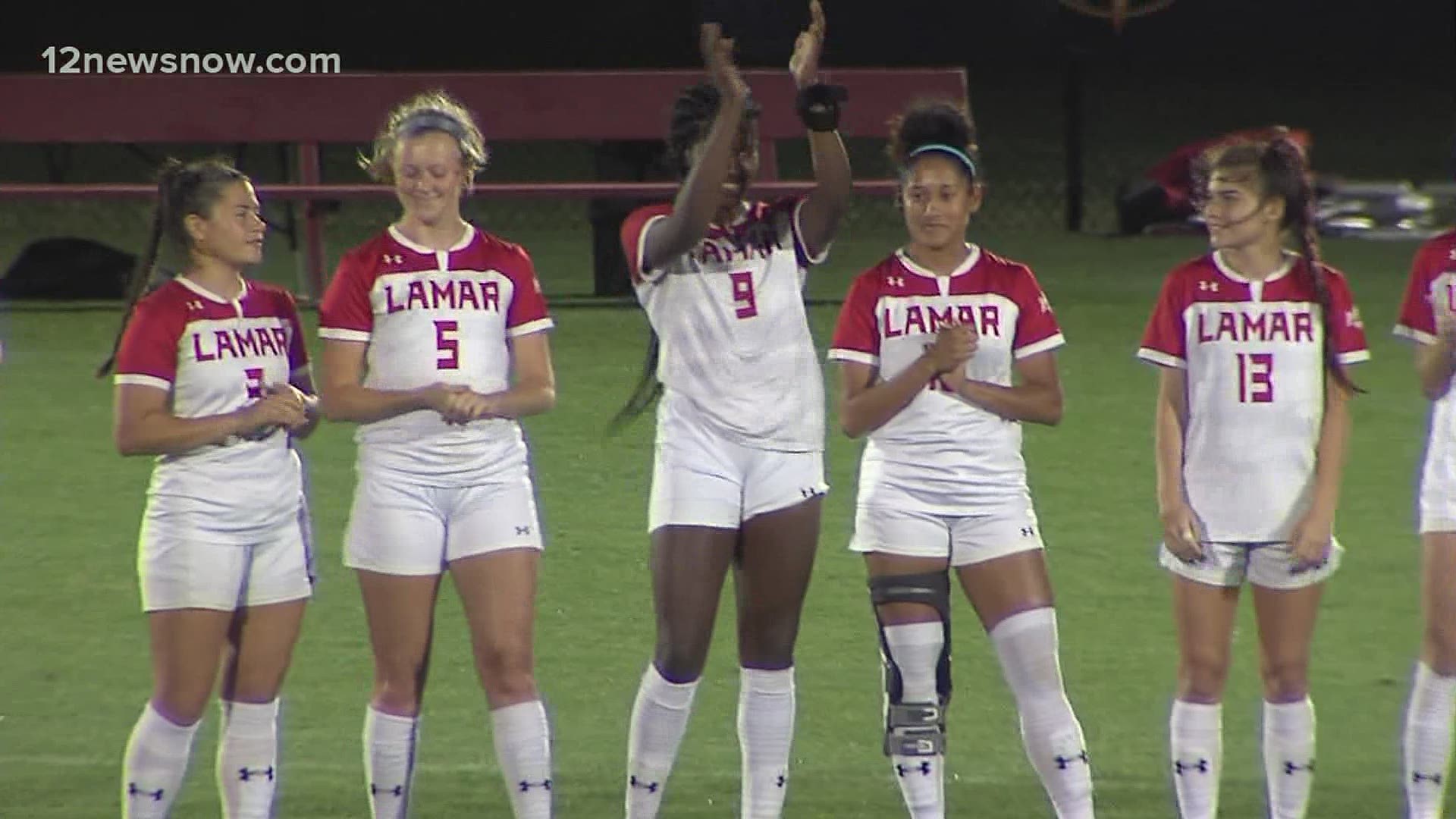 "This was a tough way to end our season, but I'm really proud of this team and how hard they have fought," said head coach Steve Holeman. "The last two weeks have been extremely challenging but our players left it all on the field tonight and that's all I can ask of them. I don't think we would have had enough players if we had advanced so maybe it just wasn't meant to be. This is a special senior group who have had a lot of success during the last four years. They have put Lamar women's soccer on the map and their legacy will carry on for years to come. So thank you to an amazing group."

The Cardinals got on the board first in the 23rd minute as redshirt senior Esther Okoronkwo tallied the first goal of the game after receiving the assist from junior Christine Kitaru. Just a little over 11 minutes later, the Big Red went up 2-0 after the Bearkats tallied an own goal. After just six minutes out of the halftime break, Kitaru put one in the give the Cardinals a 3-0 lead. Not even a minute later, Sam Houston got on the board on a penalty kick goal by Landri Towsend. It wouldn't be until the 87th minute that the Bearkats would find the back of the net again, and then they evened things up in the 90th minute to send the match into overtime. In the 99th minute, Sam Houston scored the golden goal to capture the comeback, 4-3, over Lamar.

The Bearkats outshot the Cardinals, 29-8, while targeting the goal 13 times compared to just seven times by Lamar. Sophomore Nicole Panis tallied nine saves in the contest. Corner kicks favored Sam Houston, 7-2. The Bearkats were whistled for 13 fouls while the Cardinals were called for 10.

The loss to Sam Houston brings a close to the Cardinals season. Lamar finishes the year with an overall record of 8-4 while going 7-3 in conference play. Multiple LU student-athletes were named to the SLC Soccer All-Conference teams and were led by Okoronkwo who was named the SLC Player of the Year and Forward of the Year.