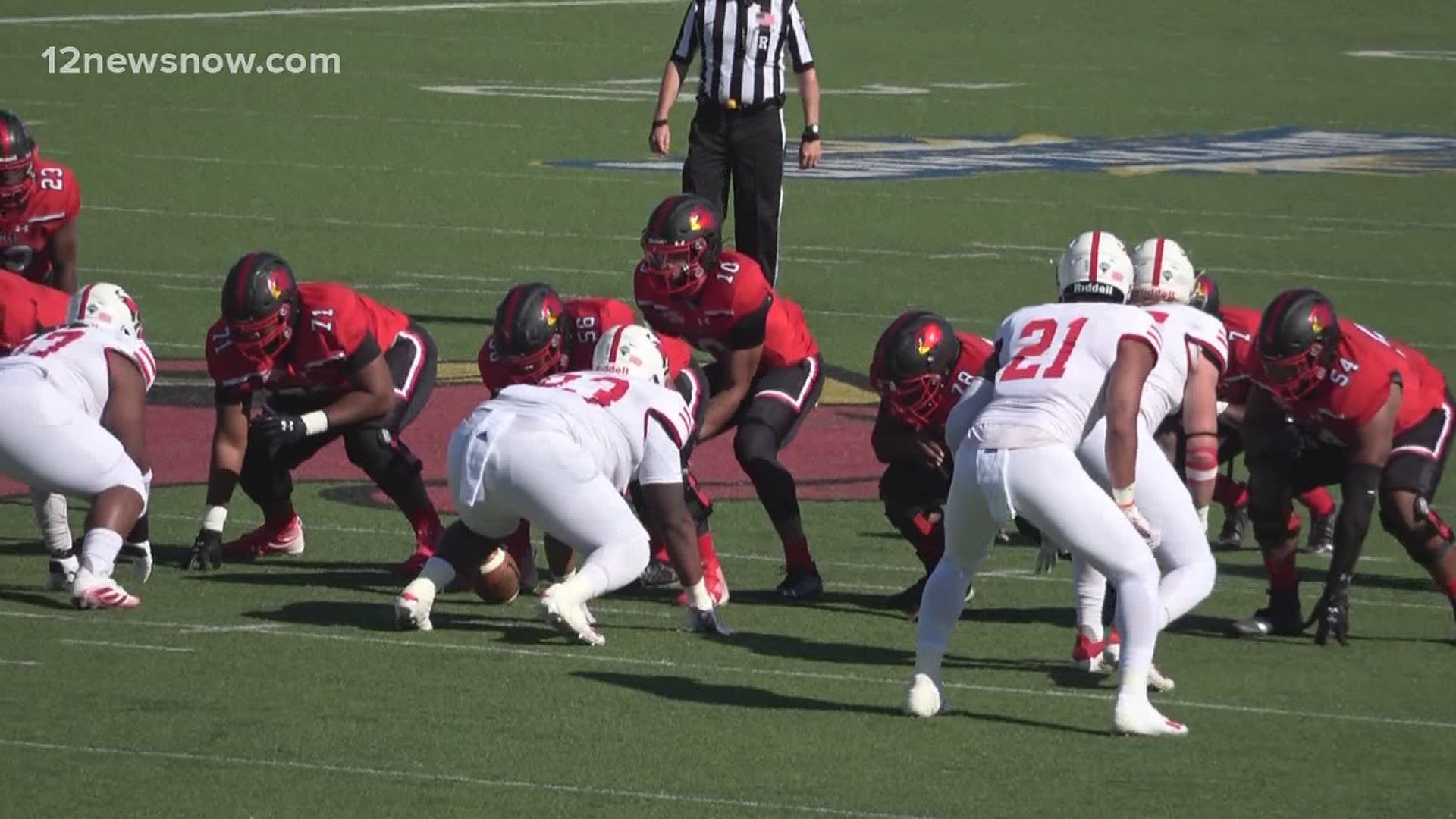 The Cardinals (0-2) showed a great deal of improvement from week one to week two racking up nearly 400 yards of offense over a UIW squad that was coming off a victory over a top 25 McNeese team the week prior. LU ended the day with 196 yards on the ground led by 105 yards (on 26 carries) and a touchdown from sophomore Chaz Ward.

The Cardinals’ ability to move the ball on the ground led to an overwhelming advantage in terms of time of possession. LU held the ball 17 minutes longer than San Antonio’s version of the Cardinals.

UIW finished the game with 626 yards of offense, with 285 coming on the ground, but was forced into three turnovers including two interceptions. Senior Dallas Martin led LU with nine tackles, followed by sophomore Anthony Ruffin’s eight and one interception. The Cardinals’ other pick came from freshman Wyatt Rohmer.

The good guys cracked the scoreboard first when Dummett found Davis from five yards out for the score. Unfortunately, the lead was short lived as UIW answered back less than a minute later on a 66-yard run from Kevin Brown. Brown would tack on another TD scamper (of 20 yards) at the end of the quarter to give the SLC’s other Cardinals a seven-point lead.

Trailing for the first time in the game, Dummett guided the Cardinals on a 10-play, 75-yard drive that consumed nearly five minutes off the clock. The play was capped by a two-yard plunge from Ward. After coming up with a stop, the Cardinals were back on the attack late in the half, when senior Bailey Giffen came on to drill a 49-yard field goal with 3:30 remaining. Giffen’s kick gave LU a three-point lead, but UIW answered with a touchdown before the intermission to go up four.

The score sparked a late run for UIW as they outscored LU, 28-3, in the game’s final 31:14. Big Red’s lone score during that stretch was a Giffen 46-yard field goal.

The Cardinals return to action Saturday, Mar. 13, when they travel to Lake Charles to take on McNeese. The game against the Cowboys will kick off at noon from Cowboy Stadium.