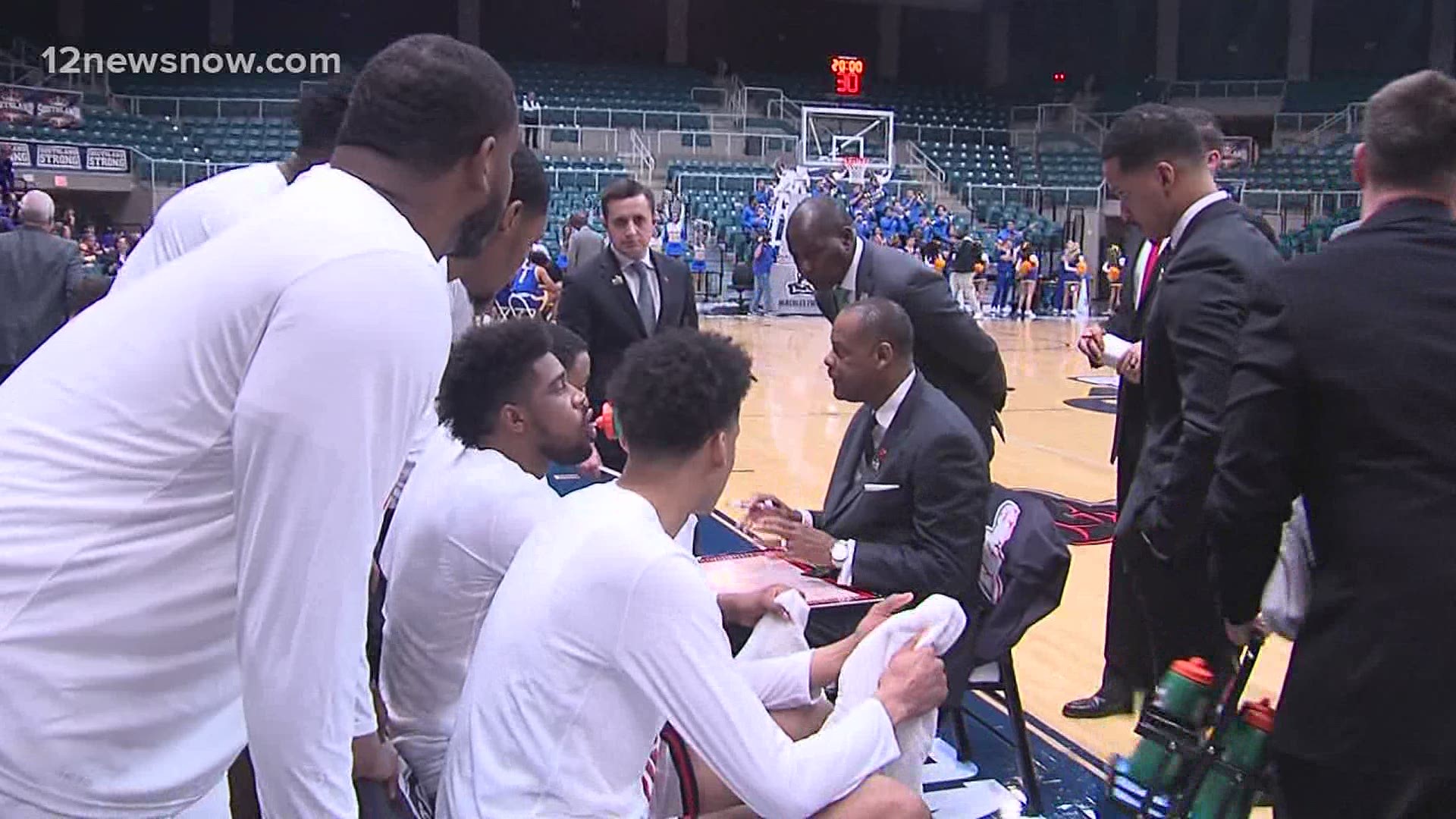 “There is a certain amount of excitement that goes with playing your first game of a new season,” said Price. “This is going to be a very challenging schedule. We will be facing a lot of very tough teams during the non-conference season in a schedule that includes a lot of former Southland rivals in the form of UL Monroe, UTSA and Louisiana Tech.

“I would say there is added excitement for this year just because of all the question marks that surrounded COVID. Never in my wildest dreams did I think that when we left the conference tournament last season because of the virus that we would still be dealing with it so many months later. Our guys have had to learn how to practice with masks on, we’ve had to learn how to coach with masks on and we’ve all had to adjust to the increased testing,” added Price.

Unfortunately for the Cardinals, they will open the season with eight of their first nine games on the road and won’t see the Montagne Center until Dec. 15. The Cardinals will tip off the season Wednesday, Nov. 25th when they make the short drive down I-10 to take on Houston. That game kicks off a stretch of six dates on the road before Big Red will host it’s home opener. The Cardinals will be in New Orleans, La., Nov. 27th through Sunday, Nov. 29th to compete in the Tulane Classic. The Red and White will square off against IUPUI, Lipscomb and the Green Wave during the tournament, but opponents for the specific dates have not yet been determined.

Big Red will open the month of December at the Air Force Academy (Dec. 5) before heading back east to face one-time Southland Conference foe Louisiana-Monroe (Dec. 9). The contest against the Warhawks will be the team’s final game before opening the home portion of their schedule Tuesday, Dec. 15 against Southern Mississippi. The game against the Golden Eagles will be one of two non-conference home games for the Red and White in 2020-21 season (vs. Southeastern Louisiana Dec. 29th).

The Cardinals other two non-conference contests will be at Louisiana Tech on Dec. 19th, followed by a trip to San Antonio three days later to take on UTSA.

“There is an old cliché in sports ‘Us against the world,’ and that’s the attitude we’re going to have to take on this year,” said Price. “We’re going to have to be road warriors this season and have the mental toughness that goes along with that description. Obviously, we have to stay healthy, but I also believe the team that is the most disciplined off the court and can avoid some of the pitfalls that can occur during this time with COVID has a real chance of success.”

The Cards will tip off the Southland Conference portion of their season, and the New Year, Saturday, Jan. 2nd at Abilene, Texas to face Abilene Christian. Similar to the start of regular season play, the Cardinals will play three of their first four Southland games away from Beaumont. After facing ACU, the Cardinals will then turn around and make the tough trip from Abilene to Thibodaux, La., four days later to face Nicholls.

The Cardinals will host Houston Baptist for their Southland Conference home opener Saturday, Jan. 9. LU’s longest homestand will be near the end of the season when they host three straight games (McNeese – Jan. 30, Abilene Christian – Feb. 6 and Nicholls – Feb. 10). The Cardinals will host rival Stephen F. Austin on Saturday, Feb. 27. The Southland Conference Championships will once again be held at the Merrell Center in Katy, Texas, and will run from Wednesday, Mar. 10 through Sunday, Mar. 14. 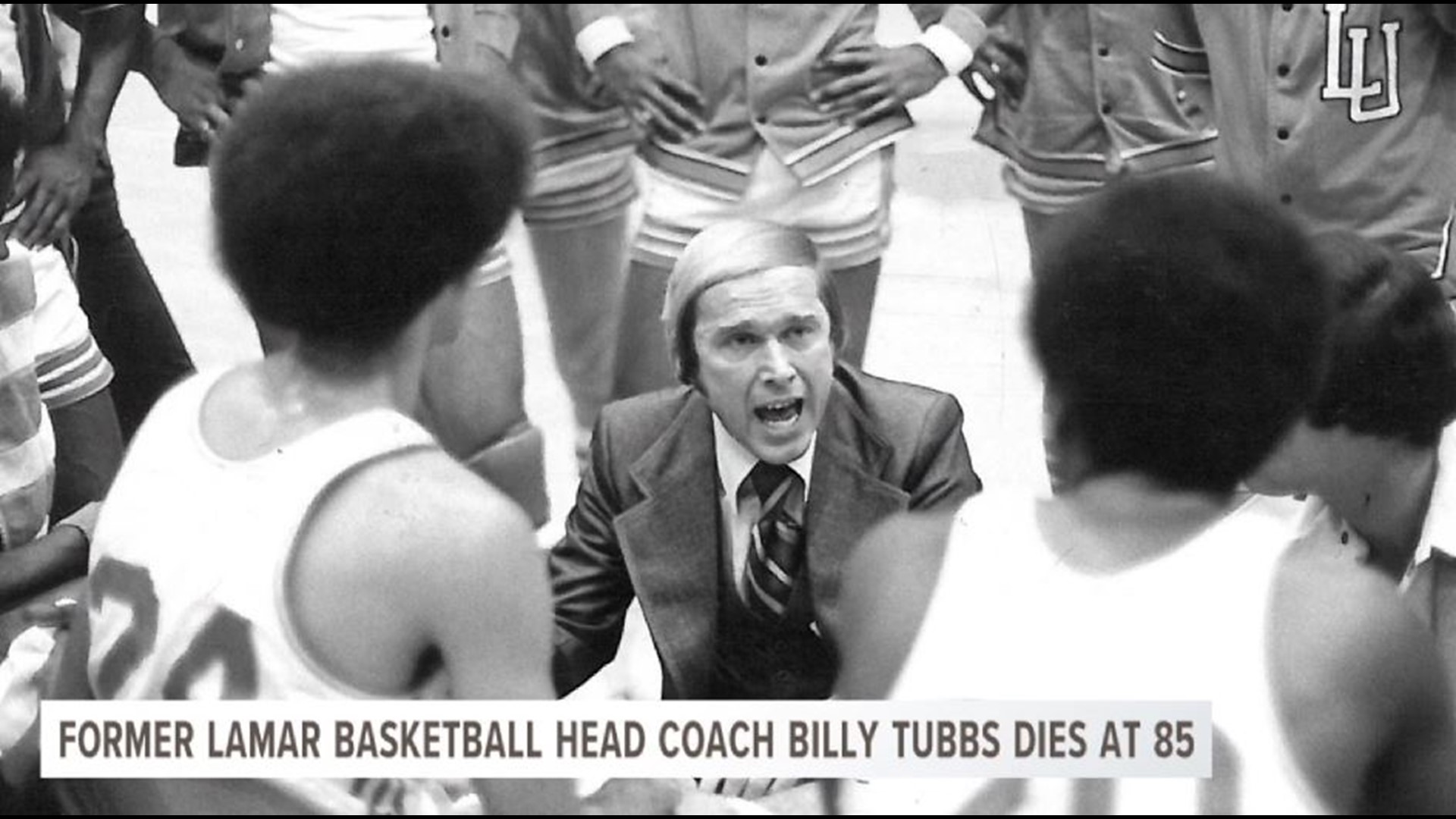