Lamar releases first volleyball schedule as a member of the WAC 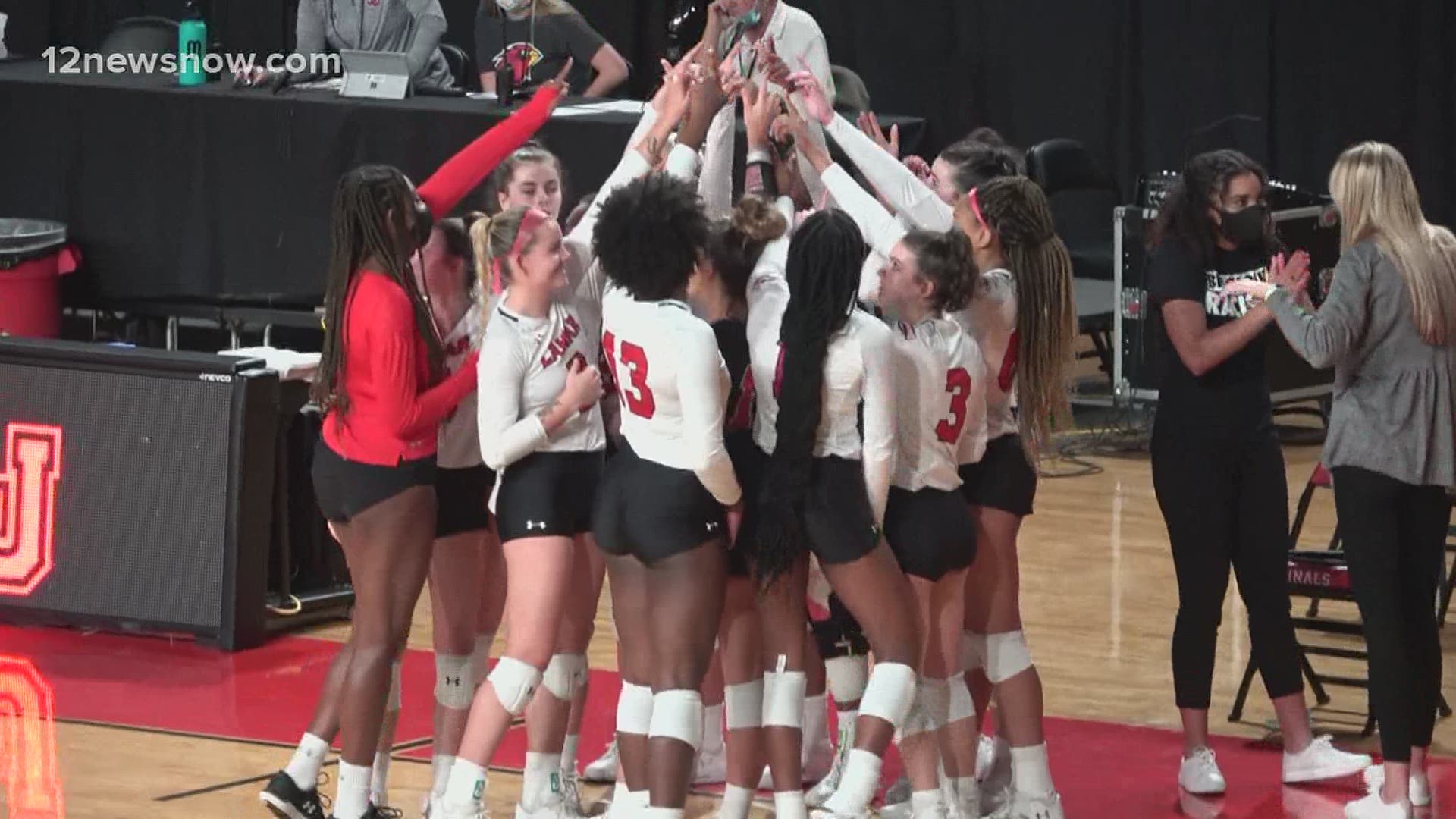 BEAUMONT, Texas — For the first time in program history, the Lamar University volleyball team has released its upcoming fall schedule as a member of the Western Athletic Conference (WAC). The 26-match schedule will consist of 13 home dates, including two non-conference tournaments (Katrinka Crawford Invitational and the Lamar Invitational).

In addition to the traditional conference schedule, the Cardinals will host a four-team WAC Crossover that will consist of two out-of-division teams (Chicago State and Seattle) with UT Rio Grande Valley serving as the fourth team in the pod. The four-team pod will take place Friday and Saturday, Oct. 22 and 23.

“Obviously, there is a lot of buzz and excitement with us moving into a new conference, but before we get there, we have an outstanding non-conference schedule lined up,” said LU head coach Jordan Lay. “The ability to host two weekend tournaments on our new court, to be back in McDonald Gym which is a great home atmosphere, it’s an exciting time for our team and for the university.”

The Cardinals kick off the season Friday, Aug. 27th with the Katrinka Crawford Invitational. Big Red will play host to Prairie View A&M, Oral Roberts and UL Monroe in the two-day tournament where each team will get three matches.

The Cardinals will then travel to Lake Charles, La., to face former conference rival McNeese Tuesday, Aug. 31. Following the match against the Cowgirls, LU will then make the short trip down I-10 to compete in the HBU Tournament. In addition to the Huskies, the Cardinals will also face Louisiana Tech and have a rematch with PVAMU.

Big Red will then have a week to prepare for their final home tournament of the season – the Lamar Invitational (Sept. 10-11). The Red and White will host Arkansas-Pine Bluff (Sept. 10), Little Rock (Sept. 10) and Northwestern State (Sept. 11) in the two-day tournament.

LU will kick off its inaugural WAC schedule at home Saturday, Oct. 2, against UT Rio Grande Valley, before hitting the road for two matches. The other home WAC dates include Sam Houston (Oct. 14) and Stephen F. Austin (Oct. 16), followed by the WAC Crossover pod before closing out the year against Abilene Christian (Nov. 11) and Tarleton State (Nov. 13).

The WAC Championship tournament will take place Thursday, Nov. 18 through Saturday, Nov. 20 in Las Cruces, N.M. The Cardinals will play all home matches in McDonald Gym.

“Playing in the Montagne Center last season was great,” said Lay. “It allowed us to have fans in the stands and able to social distance, but to be back in our home facility where it is loud and the fans are right on top of you gives us a distinct home advantage. Our team will quickly realize what they missed having not been in McDonald last year. It gets loud in there, and it becomes electric and that only adds to the excitement of the matches. We’re starting fresh and new with a lot of exciting moments ahead.”