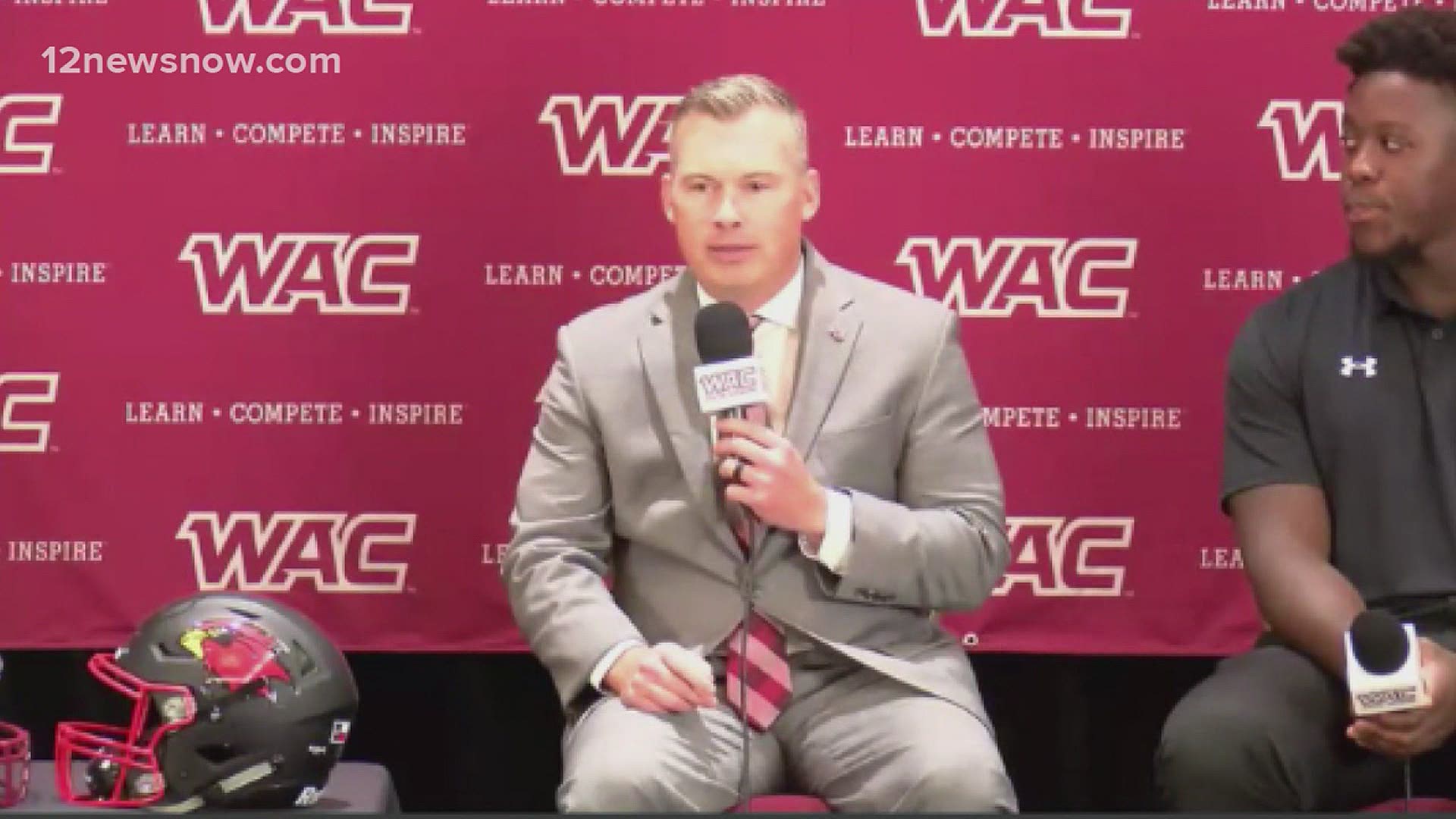 The day got started at 9 a.m. with Dixie State taking to the stage for the press conference followed by Tarleton State. Big Red went in front of the cameras at 1:30 p.m. with Morgan, and the two players answering questions from the media.

“We’re very excited for the start of the season, but I think for everyone here we’re looking forward to getting back to normalcy – getting on the field with our players, playing during the fall and playing a full schedule,” said LU head coach Blane Morgan. “Obviously, there is excitement for us as we start this new chapter in the WAC.”

LU is one of four former Southland Conference schools to make the transition to the WAC this season joining Abilene Christian, Sam Houston and Stephen F. Austin at the WAC announcement back in January. In addition to those four, Southern Utah also announced its move to the league (beginning July 2022).

The 2021 campaign marks the first year of WAC football since 2012. The 2021 WAC will consist of the four former Southland schools to go along with Dixie State and Tarleton State, with Southern Utah joining the fold next season.

For the 2021 campaign, the WAC and Atlantic Sun have entered an agreement called the WAC-ASUN Challenge, also known as the AQ7, which will consist of LU, Sam Houston, Central Arkansas, Jacksonville State, Stephen F. Austin, Eastern Kentucky and Abilene Christian. The WAC-ASUN Challenge will provide the two leagues with an automatic qualifier into the NCAA FCS Playoffs.

Similar to last season, the Cardinals enter the season very young, but unlike last year, Big Red returns a lot of players with NCAA Division I experience. LU returns 55 letterwinners and 23 starters (10 offense, nine defense and four specialist) from last season. The Cardinals kick off the 2021 season Thursday, Sept. 2 against North American. The game against the Stallions is slated for a 7 p.m. start from Provost Umphrey Stadium.