Lamar holds their own at Georgia Tech

Cardinals second half rally comes up short in Atlanta

ATLANTA — After falling behind by as many as 22 points, Lamar University fought all the way back to pull within four in the second half but couldn't quite get over the hump falling to Georgia Tech, 75-66, Monday evening at McCamish Pavilion.

The Cardinals shot better than 40 percent from the field (23-of-57) following a 14-of-30 effort to overcome a slow start to the game. Big Red never quite found its rhythm from long-range converting just 5-of-19 (.263) three-point attempts. The Cardinals also made their way to the free throw line 19 times connecting on 15 of those attempts.

Turnovers didn't play a factor in the contest as both teams did a solid job of protecting the basketball. LU turned the ball over just eight times, while Georgia Tech finished the night with 10 miscues (which LU converted into 15 points).

After the Cardinals scored the first basket of the game, Georgia Tech responded with a 15-0 run to take a commanding lead into the under 12 media timeout. Big Red saw that lead grow to as many as 22 points before regrouping and clawing their way back into the game.

The Yellow Jackets went into the locker room with a 17-point advantage at halftime, 39-22. The Cardinals shot 33.3 percent from the field in the opening half, and just 2-of-9 from long range. Georgia Tech finished the opening 20 minutes converting 15-of-34 (.441) attempts, which included a 6-of-12 effort on threes. The Yellow Jackets also held a nine-rebound advantage on the boards heading into the locker room.

Following a transition layup from Harrison, the Cardinals found themselves within nine points, 44-35, with just under 14 minutes remaining. Senior Lincoln Smith followed the fast break basket with a block on the other end of the floor and moments later LU found Adams who buried a three-pointer to trim the deficit even further (44-38).

Tech attempted to regain control scoring 11 of the next 14 points to push the lead back to double figures, but the Cardinals responded with yet another run – this time trimming the deficit down to just five points. The 10-0 LU run was sparked by an Adams' three-ball followed by layups from Harrison and C.J. Roberts pulling the Red and White within five, 55-50. The lead would be trimmed to four after two Adams' free throws just over a minute later, but LU could get no closer as the Yellow Jackets held on for the win.

The Cardinals will look to get back in the win column Friday when they return home to host Stetson. The game against the Hatters will tip off at 7 p.m. from the Montagne Center. 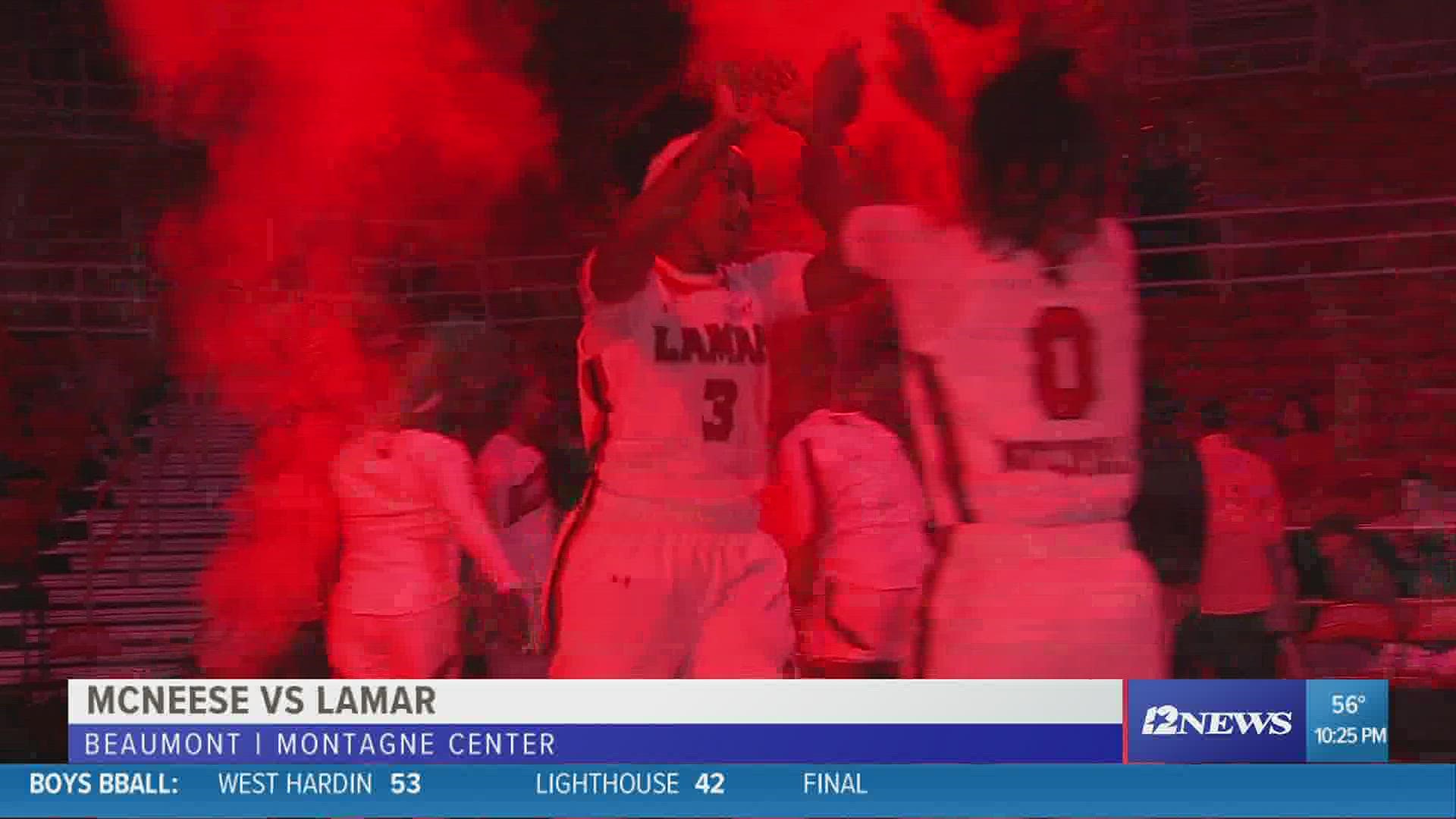