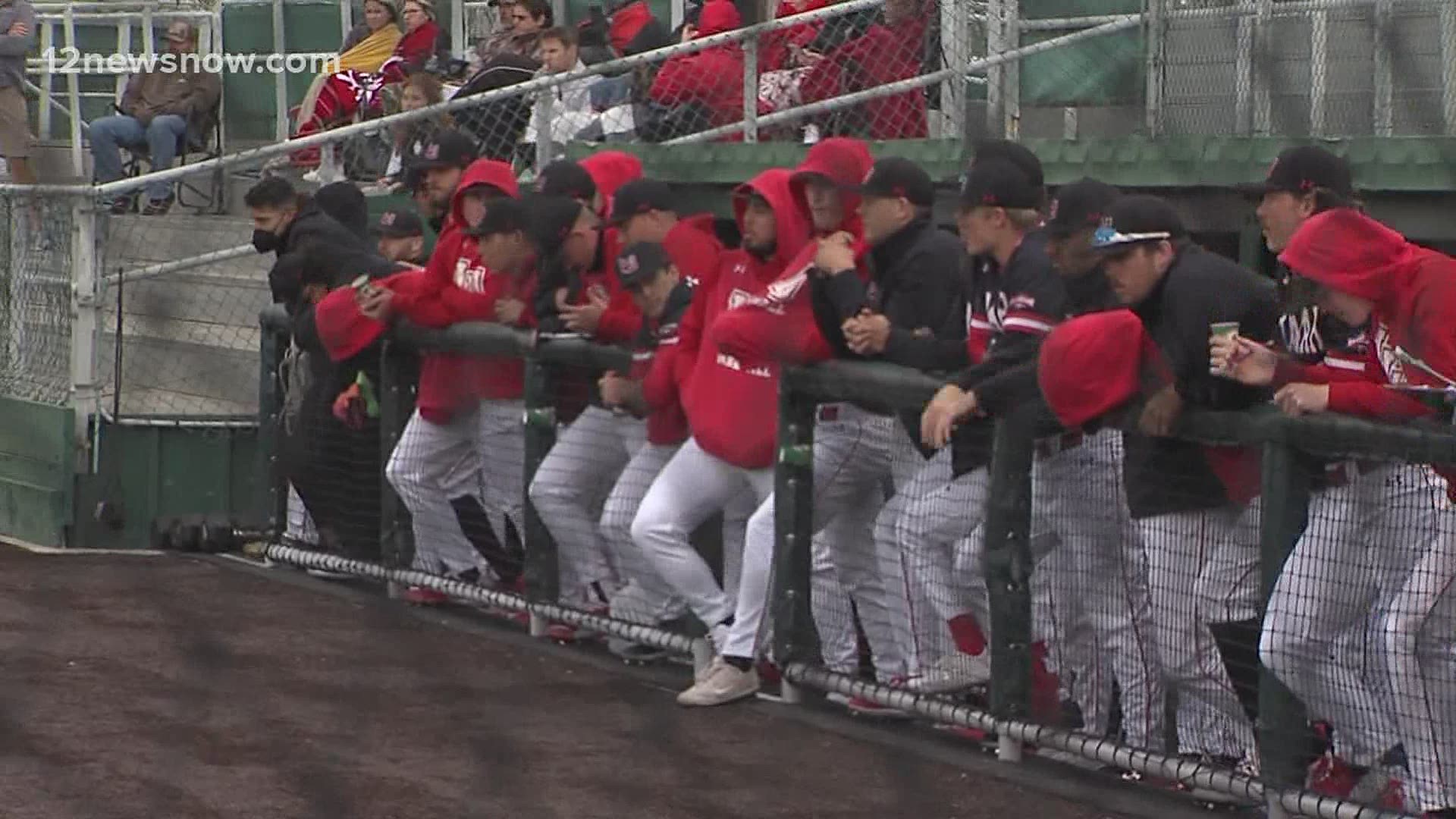 BEAUMONT, Texas — Lamar University overcame five errors to battle back against Southeastern Louisiana to force extra innings but fell short, 9-8, Sunday afternoon at Vincent-Beck Stadium. The loss drops LU to 10-8 on the season and 2-6 in Southland Conference play.

The Cardinals held Southeastern Louisiana to just five hits, but five errors – including two in the first which led to a four-run inning – led to seven unearned runs. The Cardinals plated eight runs on 13 hits.

Dylan Johnson got the start for LU and went 3.2 innings surrendering four runs on three hits (one earned) with four strikeouts before being pulled in the fourth. Marcus Olivarez came on in relief and pitched 2.1 innings of scoreless baseball surrendering just one walk and one hit. Junior Jack Dallas pitched the final 3.2 innings for the Red and White surrendering two runs (one earned) on one hit, but took the loss (0-1).

Southeastern Louisiana's Brennan Stuprich pitched six innings surrendering three runs on three hits while striking out three, with a walk. Cole Hoskins pitched 1.1 innings and surrendered two runs but got the win, while Dalton Aspholm pitched a scoreless 10th for the save.

The Lions got on the board in the first inning after taking advantage of a couple errors to go along with two base hits to score four in the top of the first.

The Cardinals answered back with a couple of two-out runs off the bat of Cole Girouard in the bottom of the second. Ben MacNaughton got things started with a two-out double to right center. Then Girouard blasted an 0-1 pitch over the right field wall to cut the Lions' lead in half.

Johnson carried the Cardinals into the fourth inning but was pulled after taking a line drive off the bat of Evan Keller. LU turned things over to Marcus Olivarez who put a stop to the inning. The score remained 4-2 until the bottom of the sixth when Quirion sent one over the centerfield wall (just missing the batter's eye) to pull LU within a run.

Unfortunately, the Lions were able to stretch their advantage back to four with a three-run seventh. The Lions took advantage of consecutive walks and a throwing error to plate three without the benefit of a hit.

LU didn't waste any time responding with a three-run inning in the bottom half of the seventh. With two on and one out, George doubled to left center driving in MacNaughton from second. Moments later, Chase Kemp got an infield single to plate Ryan Snell from third. George would eventually come around to score on a fielder's choice off the bat of Reese Durand.

After the Lions tacked on a run in the top of the ninth, the Cardinals answered back in the home half with two runs to tie the game. After George led off the led off the inning with an infield single, Kemp drove him home with a home run over the right field wall – his fifth of the season.

Unfortunately, the Lions would scratch out another run in the 10th to regain their one-run advantage. LU threatened in the home half of the inning getting two on but couldn't bring them around to score.

The Cardinals return to action Thursday when they travel to Houston, Texas to face Houston Baptist. The first game of the series is slated for a 2 p.m. first pitch from Husky Field.