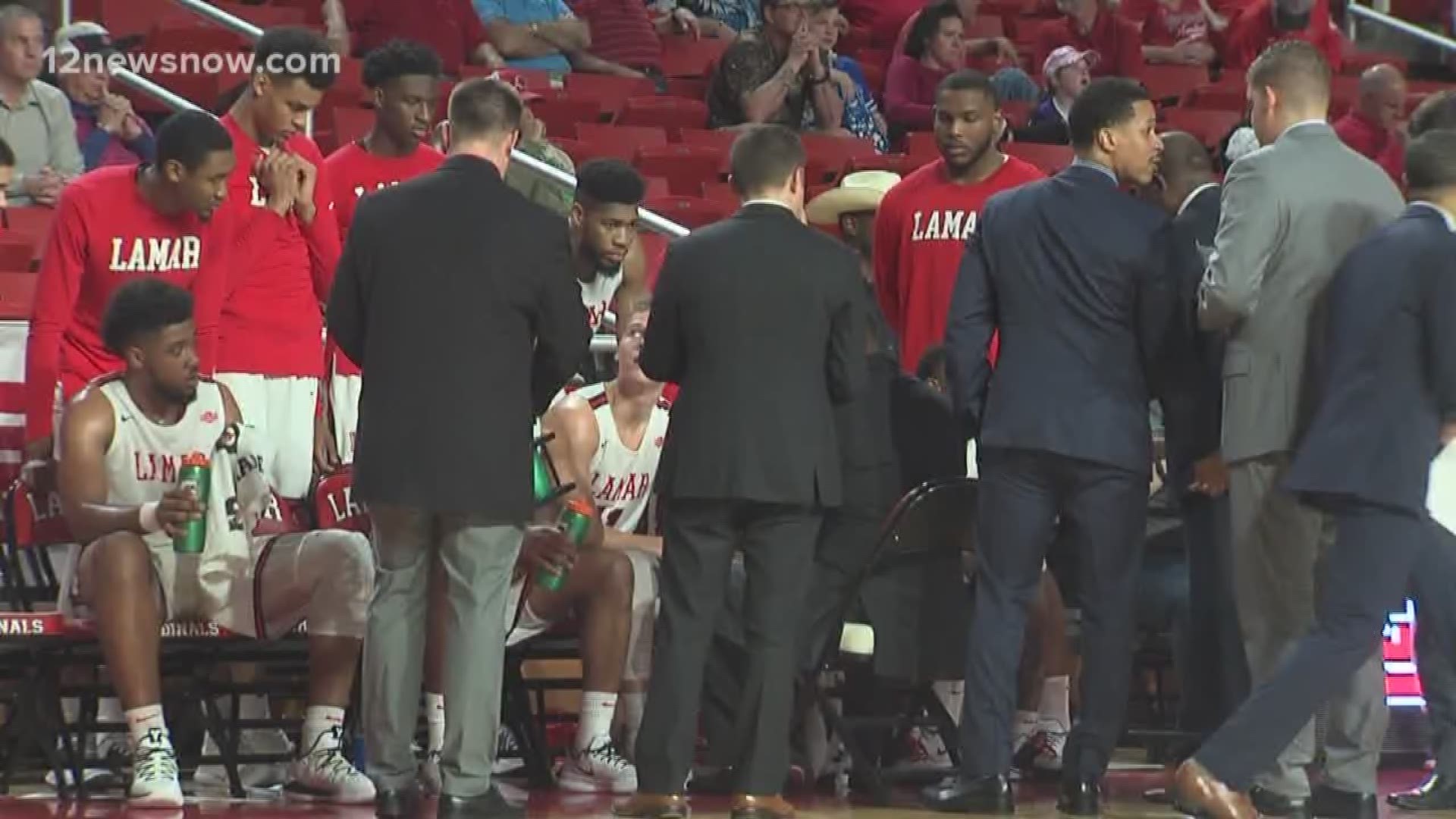 The Cardinals opened the game struggling from the field in the first half converting just 11-of-33 (.333) attempts, including just two three-pointers, but picked up the pace in the second half. Big Red shot just under 39 percent for the game following an 11-of-25 (.440) effort in the second half.

The Cardinals forced SHSU into 25 turnovers and cashed the mistakes in for 25 points on the night.

Senior V.J. Holmes led all scorers with his 19 points on 4-of-6 (.667) shooting. It ties his career high which he set last time out at Houston Baptist. Classmate T.J. Atwood fouled out of the game but not before he recorded a double-double with 14 points and 12 rebounds. Freshman Anderson Kopp added 12, while junior Avery Sullivan just missed another double-double with 10 points and nine rebounds.

Chad Bowie led five Bearkats in double figures with his 16 points on 6-of-12 shooting. He also pulled down a game-high seven rebounds. SHSU’s Kai Mitchell and Dainan Swoope each added 14.

The Cardinals will be back in action Saturday when they travel to Corpus Christi, Texas to take on the Islanders. The game against A&M-Corpus Christi will tip off at 3:30 p.m. from the American Bank Center. It can also be heard live on Newstalk 560 KLVI.