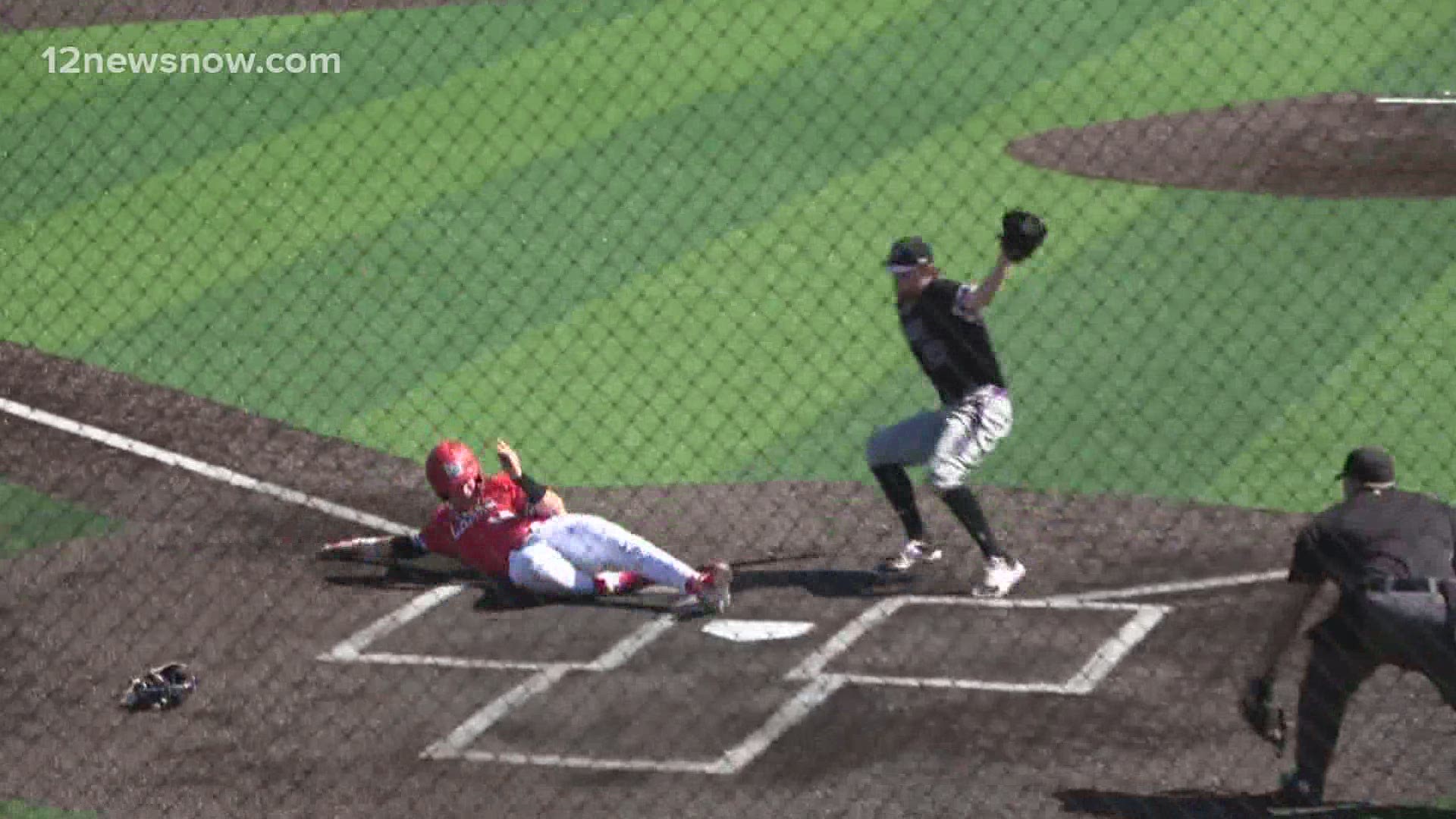 BEAUMONT, Texas — Lamar University built a five-run lead and then leaned on its strong pitching staff to win their third consecutive game to start the season. The Cardinals defeated Stephen F. Austin, 5-1, Saturday afternoon at Vincent-Beck Stadium. The series is a non-conference matchup.

The Cardinals scratched across their first run in the third inning, following a double from Avery George  – his second extra-base hit in as many games – plating Cole Girouard. The Cardinals added to their lead with another run in the home half of the fourth.

SFA answered with a run in the top of the 5th, when Bryan Burgos singled through the right side scoring Drew Durst, but that would be the only offense for the Lumberjacks who were once again silenced by LU's pitching staff.

The two runs would be all LU would need but the Cardinals went for the knockout punch in the fifth inning. Big Red tacked on three more runs with RBI singles from Kelby Weyler, Anthony Quirion and Reese Durand.

George led a trio of Cardinals who finished the day with three hits. George and Weyler each with 2-for-4 with an RBI, while Durand was 2-for-3 with a walk and an RBI. The Cardinals go for the sweep Sunday when they when the close out the series against SFA with a 1 p.m. first pitch from Vincent-Beck Stadium.