Cardinals are less than a month from season opener 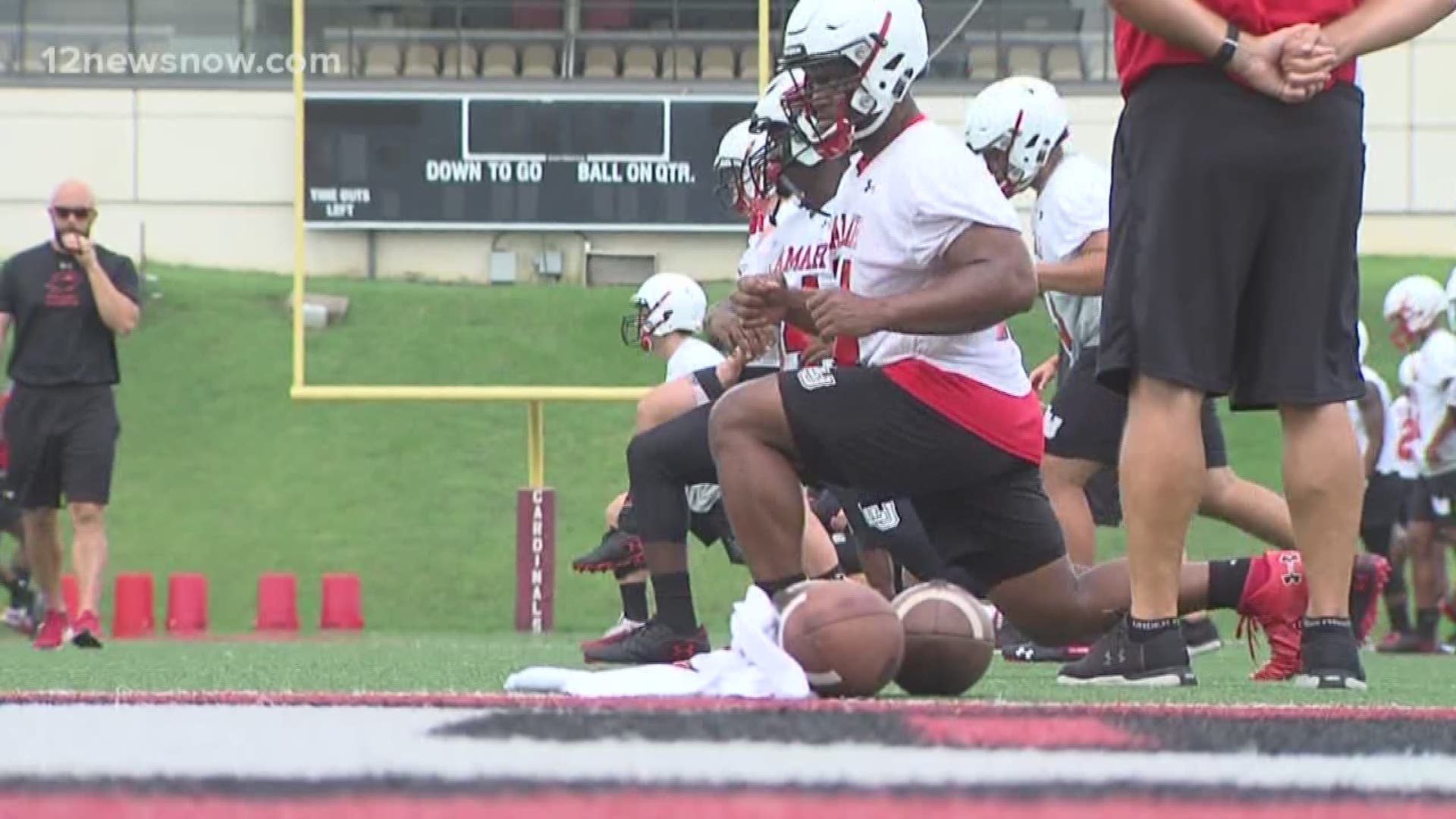 BEAUMONT, Texas — It goes without saying that Lamar University head coach Mike Schultz and his coaching staff setup the early part of the schedule correctly. The Cardinals officially opened camp Tuesday with their annual media day, in the midst of a downpour that prevented players and the media from leaving the LU campus for over an hour. Had LU been scheduled to practice Tuesday it would've been canceled similar to how Big Red started its 2018 preseason. This year, the Cards stepped on the field under partly cloudy skies with a cool breeze.

For the Cardinals, Wednesday marked the first time LU has stepped on the field since the 2018 NCAA FCS Playoffs in a game against perennial powerhouse Northern Iowa – the program's first-ever trip to the national playoffs. The Cardinals acquitted themselves well in the contest coming in as heavy underdogs and falling by a mere three points. It was the end of the season that no one – other than the Cardinals' locker room – thought was possible. The Cardinals opened the season picked 10th in the Southland's 2018 preseason poll.

Unfortunately, looking back to 2018 will not help the Cardinals reach their goals for 2019 as seniors Jordan Hoy and Isaiah Spencer emphatically stated at the 2019 Southland Conference Media Day in Houston earlier this month. Both players let the media in attendance know their only focus is looking forward.

"Last year, will always be special for everyone on the team, but that won't help us achieve what we want to do in 2019," said Spencer. "Every guy reporting for camp knows that we have a lot of hard work ahead of us. We want to win a conference championship and make a deeper run in the postseason." A sentiment that was echoed by Hoy.

The Cardinals opened Wednesday's practice with special teams before breaking off into individual position drills. The workout didn't determine any starting positions but gave the coaches a good gauge of the team's conditioning from the offseason.

"We saw some good things, but we saw a little lack of attention to detail which is not uncommon in the first practice," said Schultz. "We've been off for a long time, and this is just the first practice. We're in the process of getting our timing down and knocking off the rust.

"I think there is a difference between being in shape running wise and being in good football shape. Right now we're in good shape running wise and that is credit to Dan Darcy and his staff. He has done a great job with these guys during the offseason. In terms of football shape, it's going to take us a little while to get there but keep in mind this was just the first practice."

The Cardinals return to the practice field Thursday for their second workout. The Cardinals will have four consecutive workouts before taking a day off.