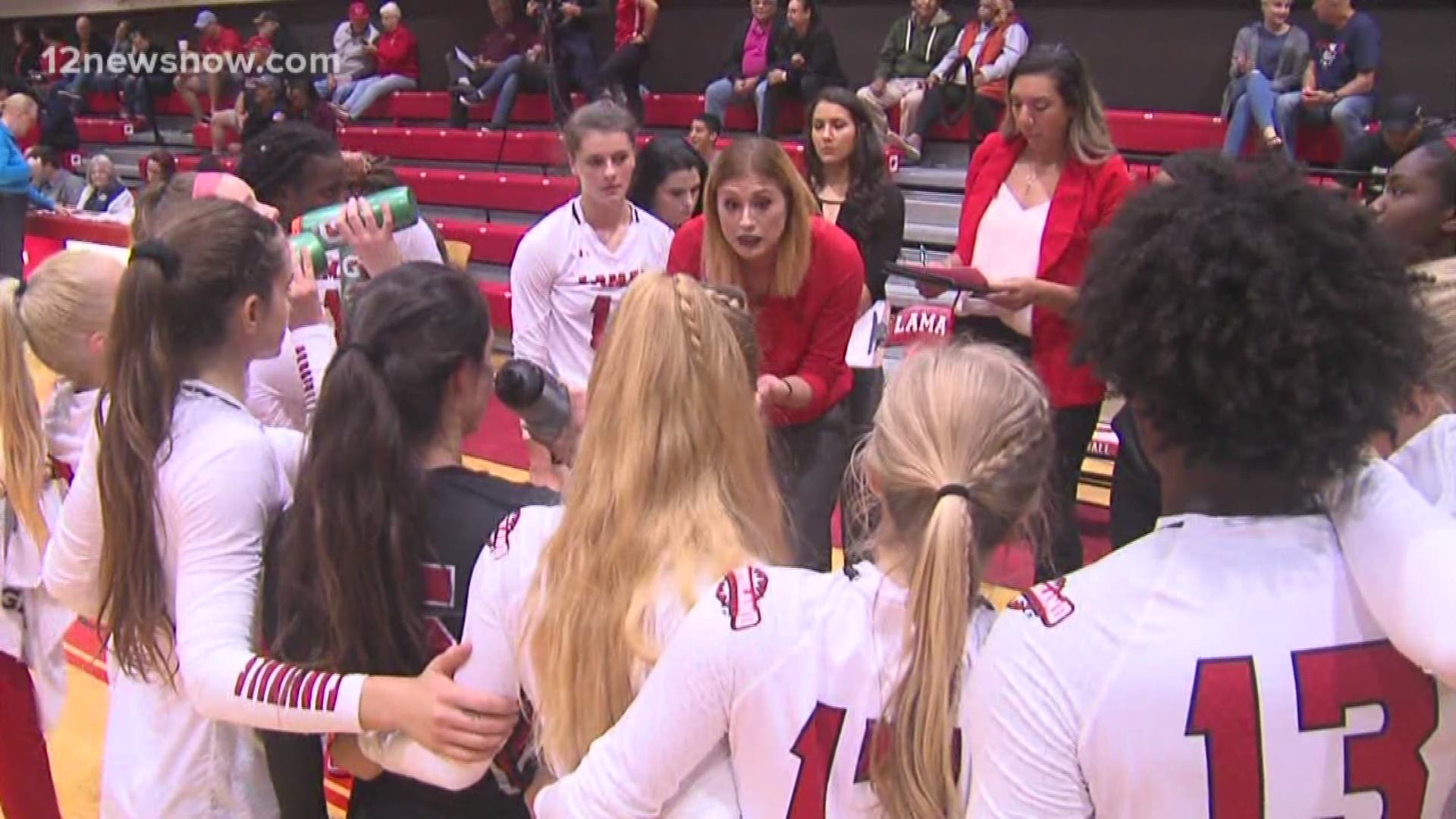 BEAUMONT, Texas — Fighting through the first set but running out of gas in the second and third, Lamar University (6-11, 1-6 SLC) came up just short against the University of Central Arkansas (9-12, 3-5 SLC). The Cards lost in three sets to the Sugar Bears.

Kayla Neumann led in kills with 11 and was followed by Abigale Nash with another seven. Dannisha House, Erin Pequeno, and Dylann Guerra each had one service ace, and Annika Slovak had 24 assists. Pequeno (16 digs) and Nash (10 digs) each had double-digit digs.

The opening frame featured nine ties and four lead changes between the Cards and Sugar Bears. Each time that it appeared LU had captured the lead, UCA would respond with a run of its own. Kayla Neumann broke a 19-19 tie by smashing home a kill and put LU ahead, and the Cards would stay ahead of the Sugar Bears with kills by Nash and attack errors from UCA. Unfortunately Central Arkansas broke Cardinal momentum with a kill of its own, and a ball-handling error tied the game at 23-23. Two more kills by the Sugar Bears gave the first set to UCA, 25-23.

Nicholls comes to town Saturday afternoon for another home match, and then second half of the conference slate will begin Oct. 22 at McNeese, and another road match at Houston Baptist will precede a four-game home stand for Lamar against UIW, Texas A&M-Corpus Christi, New Orleans, and Southeastern Louisiana.

RELATED: 409Sports' Band of the Week for week 8 has the Barbers Hill High School band up against the Vidor band