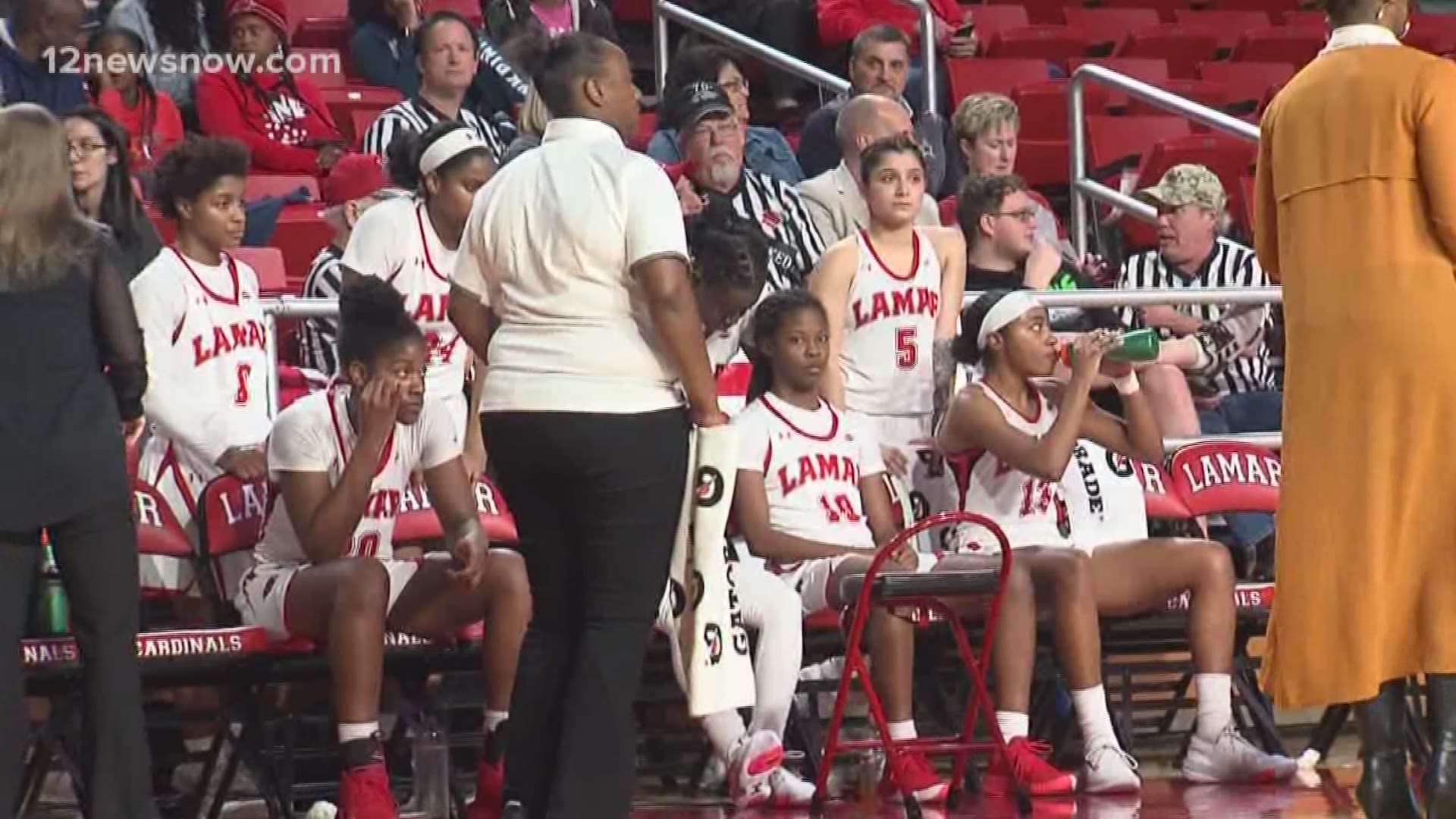 The Cardinals fall to 8-10 overall after falling to UIW, 67-48, on Wednesday night in the Montagne Center.

Lamar was led by junior center Rikiah Cowart, who finished the night with 10 points on 5-for-7 shooting. She grabbed six rebounds in the process. Senior Briana Laidler added eight points with three rebounds in the contest.

Freshman Kayla Mitchell got her first start since Dec. 2 against LeTourneau. Mitchell finished the night with four points and three assists. Sophomore Umaja Collins saw action as she went on the finish the night with two blocks and two rebounds.

On the loss to UIW:

"We got to take our hats off to UIW. They did an unbelievable job running their offense coming out shooting 50% in the first quarter, and then back that up in the third and the fourth shooting 60% and 50%. So our defense was nonexistent. They got wide open looks, which versus a team that has a lot of shooters, we can't do that. Imani Robinson is. She's a handful. She went six of 10 and 16 points, and then Lunden Henry had 15 points. We can't let them go off like that and expect to win. They had 32 points in the paint. So, one of our. One of our goals going into this game was be there on the catch, contestant every shot and no open looks."

On the third quarter and what broke down:

"Well they came out the locker room more energy than we did. We made a few adjustments and then it took us too long to actually adjust, but we can't have a 22 to four quarter and expect to win a game or being a game. We lose by 19, because of that quarter. It's my job to make sure they come out with that energy and so we got to do that. Our last couple games, we haven't been great in the second half, and we got to do a better job with that."

Up Next: The Cardinals will welcome Stephen F. Austin to the Montagne Center on Saturday, Jan. 24 as the basketball programs will be holding their Reunion Weekend with some program alumni making an appearance. Tipoff is scheduled for 2:00 p.m. (CT) and will be broadcasted on ESPN+.

RELATED: Lady Cards fall on the road to A&M Corpus-Christi