Lamar drops to (1-4) after loss to Louisiana 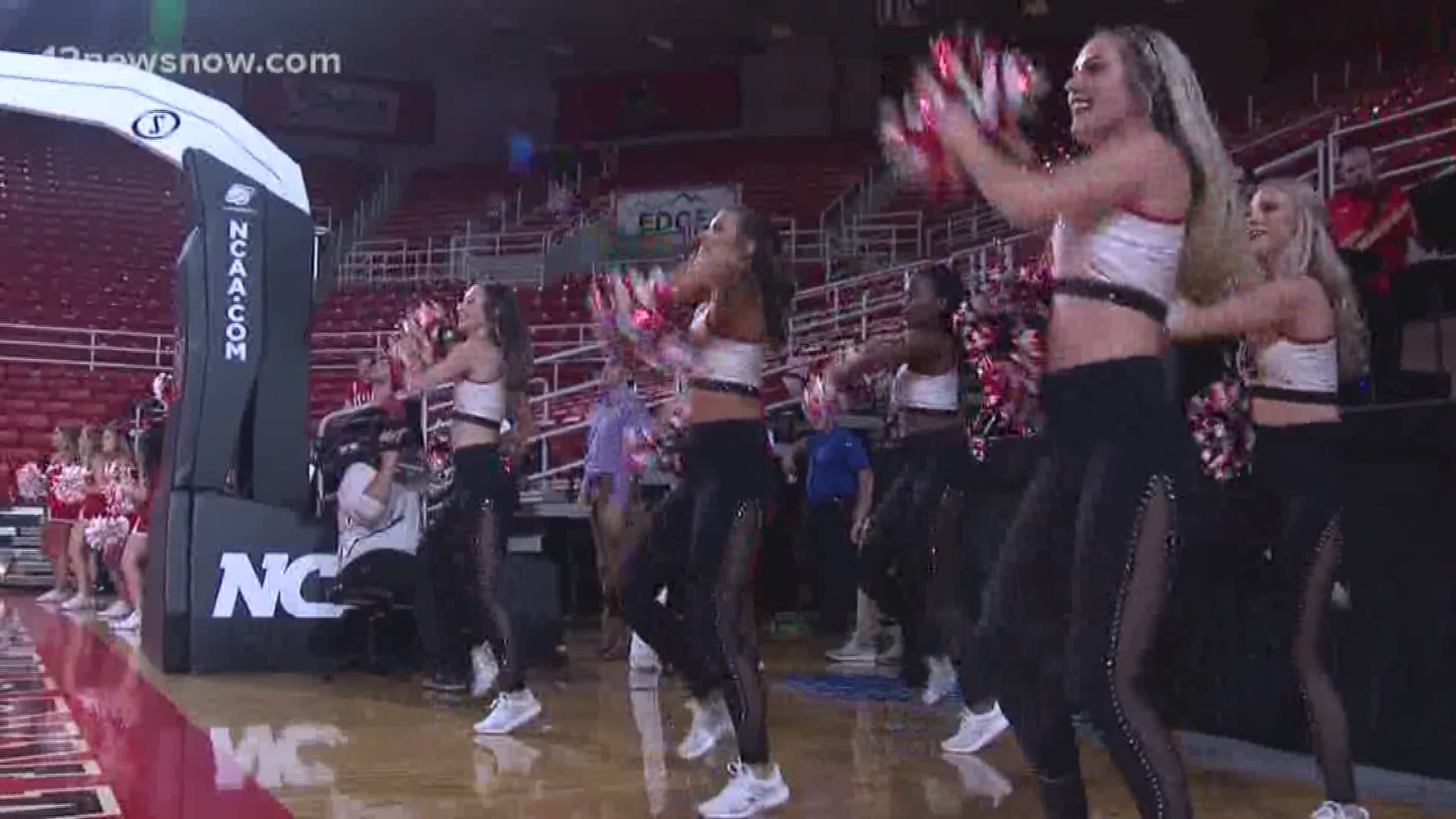 BEAUMONT, Texas — In a game that featured a battle from the opening tip, Lamar University's women's basketball team couldn't quite make up an early deficit against the University of Louisiana-Lafayette on Monday. The Cardinals cut an 11-point lead at the start of the fourth down to just three points but couldn't close the gap. ULL escaped the Montagne Center with a 74-63 decision over Lamar.

"It was a tough loss back at home," said head coach Aqua Franklin. "I thought we would be able to compete with ULL, and they came out and gave it to us right away. We fouled way too much, and put them on the free throw line 33 times. 24 points came from the line. We've got to a better job defending without fouling."

LU fought for and won the opening tip but couldn't convert, and ULL also failed to convert its first possession. A steal and a 1-of-2 performance from the line gave ULL the first point of the game, but Angel Hastings quickly put the Cards out front with a three. Louisiana and Lamar traded the lead a few times, and Hastings tied the game at 6-6 with a pair of free throws. A 20-foot jumper and a layup off a steal gave Lamar a narrow 10-8 lead that was overtaken by a 4-0 run by the Cajuns. ULL led 12-10 at the first media stoppage and held that margin at the end of the first, 16-14.

ULL grew that lead to 18-14 on a jumper, but Malay McQueen made a splash on her first collegiate shot, sinking a three from the top of the key to pull LU within one point, 18-17. A 12-2 run put Louisiana up by 12, 31-19, before Pimentel got heavily involved. She either scored or assisted on the next nine points by LU, dancing through Cajuns and sinking tear drop jumpers and finding McQueen waiting in the corner for another three. It wasn't quite enough to cut the lead down though, and at the half ULL still led by 12, 39-27.

The Cardinals started to chip away at that 12-point lead at the start of the third quarter. Lamar traded three-pointers from Kayla Mitchell for two-pointers by the Cajuns, and with 6:50 to go in the period it was down to 10, 45-35. Mitchell answered a 1-of-2 performance from the line on the other end with a driving layup, and the Cards held ULL scoreless on its next two possessions to have the chance at shrinking that lead to six. A missed jumper and a missed three kept Louisiana ahead by nine though, 46-37, until Ashlan Miles hit a tip-in jumper off a rebound to pull LU within seven. ULL snapped the streak to go back up by nine, but McQueen tipped in a rebound of her own to pull the Cards back within seven, 48-41, with 2:32 in the quarter. ULL hit the backend of two free throws to go up eight, and Mitchell scored her 12th point of the period on a driving layup to put that lead at six. A fadeaway jumper from Amber Vidal with 20 seconds on the clock pulled LU within six again, but ULL converted free throws down the stretch to lead by nine, 54-45, at the end of three.

Neither team could convert in the opening minute of the fourth, but ULL stretched its lead back to 11 on a driving layup before Vidal answered with a three on the other end. After ULL converted one of two free throws, Pimentel hit a fast break layup on the other end to trim that lead to seven, 59-52, with 4:57 to go. A miss by ULL turned into another three points for Pimentel after Hastings found the ball and connected with the junior from St. Louis, Mo., who put the shot home and was fouled on the attempt. Pimentel sunk the free throw, and the lead was at four for ULL with just over four minutes to go. Unforunately foul outs of Pimentel and Mitchell with almost half of the period left limited Lamar's options in the closing minutes.

ULL could hit only one of two down on their end to put the lead back at five, but it appeared Briana Laidler had trimmed the lead to the smallest of the game since the second quarter when she hit both of her shots from the penalty stripe. Unfortunately LU was called for a lane violation on the second, and the lead was four for ULL. The Cajuns put it at six on a driving layup, and LU again answered with two free throws.

It appeared LU had run out of answers with just over two minutes to go when ULL went on a quick 4-0 spurt, but Laidler converted a three-point play to put the lead at five, 66-61, right at the two minute mark. Two free throws by ULL with one minute left put the margin at seven, and garbage time free throws set the final score, 74-63.

RELATED: Lamar falls in Battle of the Border to McNeese