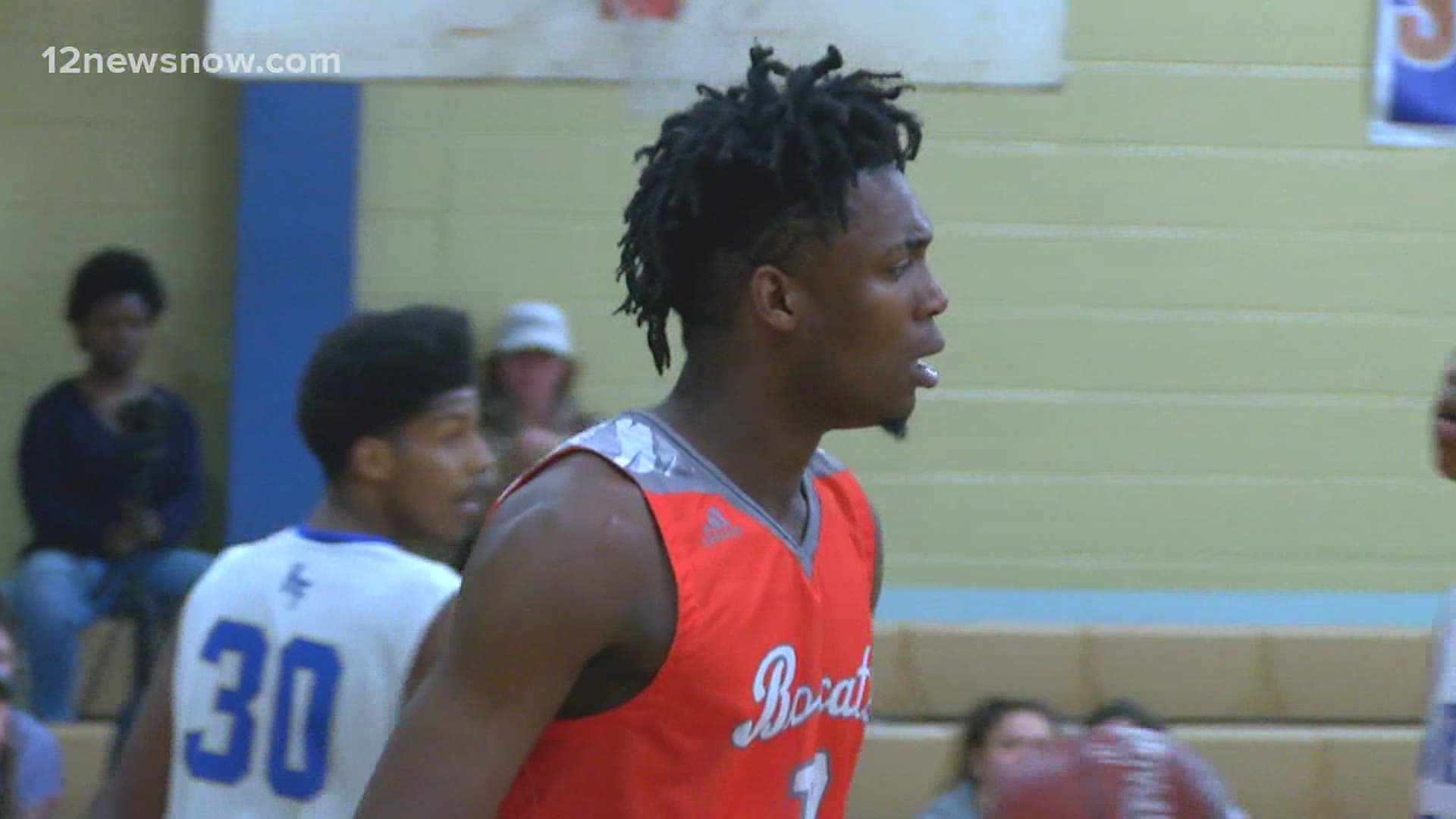 Despite having a year of junior college basketball under his belt, Catt will have four years of eligibility remaining with LU due to the COVID rule.

“Every championship team that I’ve ever been a part of has had great role players,” said Brooks. “In the post, you have to have a guy at the rim who can defend, block shots, rebound and play with some athleticism and energy, and at 6-10, 230, that is what Valentin brings us.

“In this day and age offensively, folks like to run a lot of pick-and-roll, and Valentin can defend that, defend the post and play fast the way we want to. Valentin is a tremendous athlete and brings great energy to court,” added Brooks.

A three-star prospect (247Sports.com) coming out of high school, Catt was considered a top 400 high school prospect. He was also rated as a top-70 player nationally at his position, and among the top 20 in the state.

A 2019 All-Region III Class 3A selection, Catt quickly ascended the recruiting rankings. Playing his first year of competitive varsity basketball in 2018-19, Catt became a weapon on both ends of the floor. A double-double threat as a junior, Catt averaged 15 points and better than 11 rebounds per game. He was also a weapon on the defensive end of the floor recording 5.1 blocks per game. During Orangefield’s postseason run, Catt averaged a triple-double per game (15.0 points, 13.3 rebounds and 14.0 blocks per game).

Catt received recruiting attention from several NCAA Division I schools coming out of high school before he elected to go South Plains for his rookie season.