First signs of Lamar's move to the WAC seen on campus

WAC logos added as part of turf project at Lamar 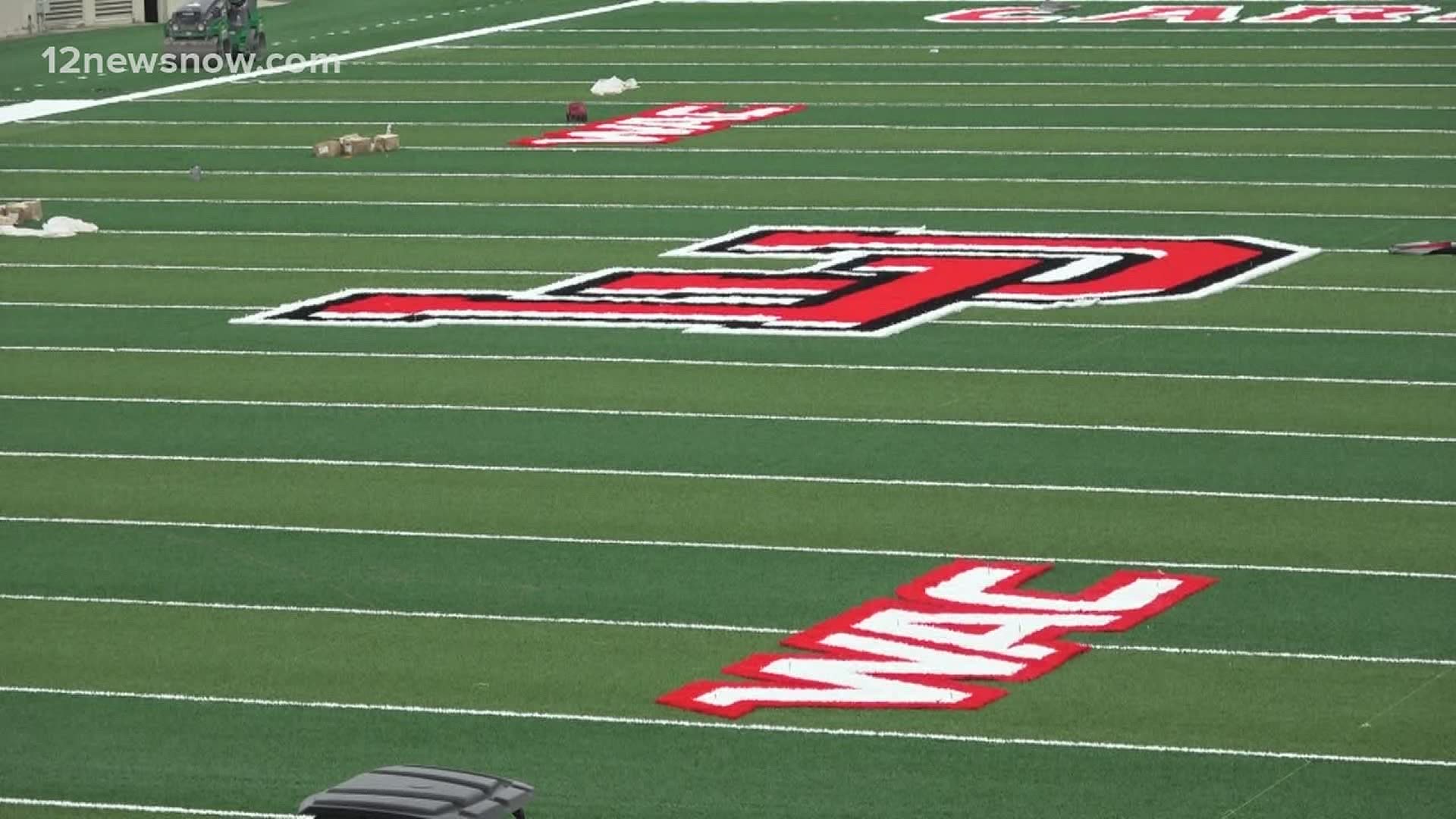 BEAUMONT, Texas — With Lamar completing their last Southland Conference championship event, it's time to start looking ahead to the WAC.

The Cardinals will officially become a member of the Western Athletic Conference July 1.

While that's still a month away, the first WAC logo is officially on campus.

The Lamar football turf upgrade at Provost Umphrey Stadium is moving along with the new look coming together.

The large LU replaces the Cardinal head and of course the WAC logos replace the old Southland Conference logos.

Workers could be seen installing all the new logos including a very clean end zone design that should hold up better in the Southeast Texas sunshine.

Over the years the red end zones became almost pink.

So here's a friendly reminder that though Lamar will be part of the WAC hey will take part in a special ASUN-WAC challenge this fall for football.

This allows the league to receive an automatic bid to the NCAA Tournament.

Dixie State and Tarleton with also participate, but they are ineligible for postseason play while making the transition to Division One.