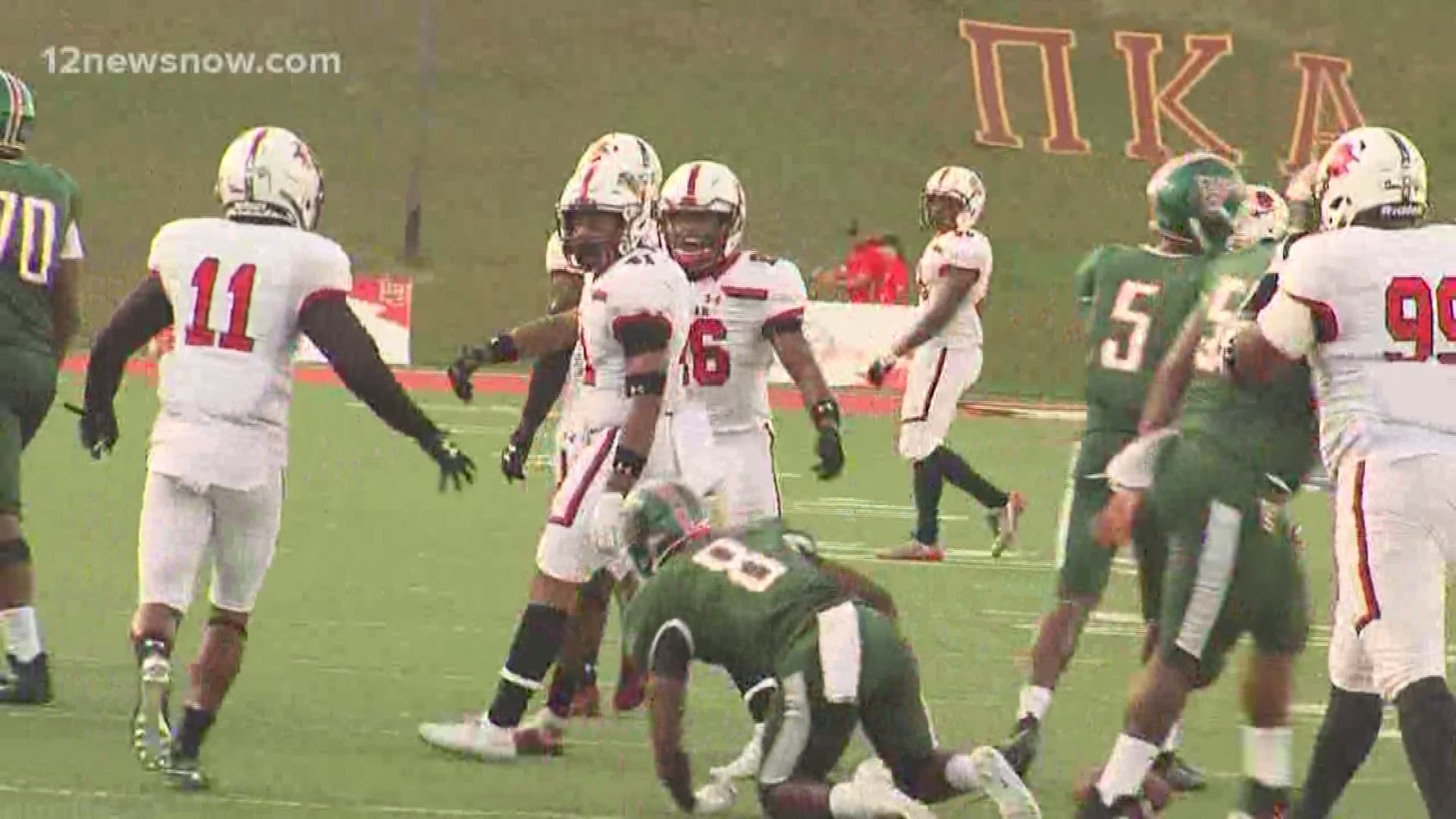 BEAUMONT, Texas — The fallout continues following the firing of Lamar University football coach Mike Schultz. A day after freshman Jalen Wells announced he would enter the transfer portal, First Team All-Southland Conference defensive back and punt returner Michael Lawson posted on twitter he would also be leaving the program. The junior tweeted, "being that the coaching staff was let go, it is in my best interest that I explore other options and hopefully get another opportunity. I enjoyed my time as a Lamar Cardinal, but it is now time for us to part ways."

Lamar announced Schultz would not return after the Cardinals finished last in the Southland Conference.

Lawson led the Cardinals with 94 tackles from his safety position, including 61 solo stops. He also recorded 8.5 tackles for losses to go along with seven passes defended, a forced fumble and blocked kick.

Beaumont United alum Jalen Wells tweeted that he didn't believe Coach Schultz was given a fair chance after the announcement was made.

RELATED: Lamar falls in Battle of the Border to McNeese