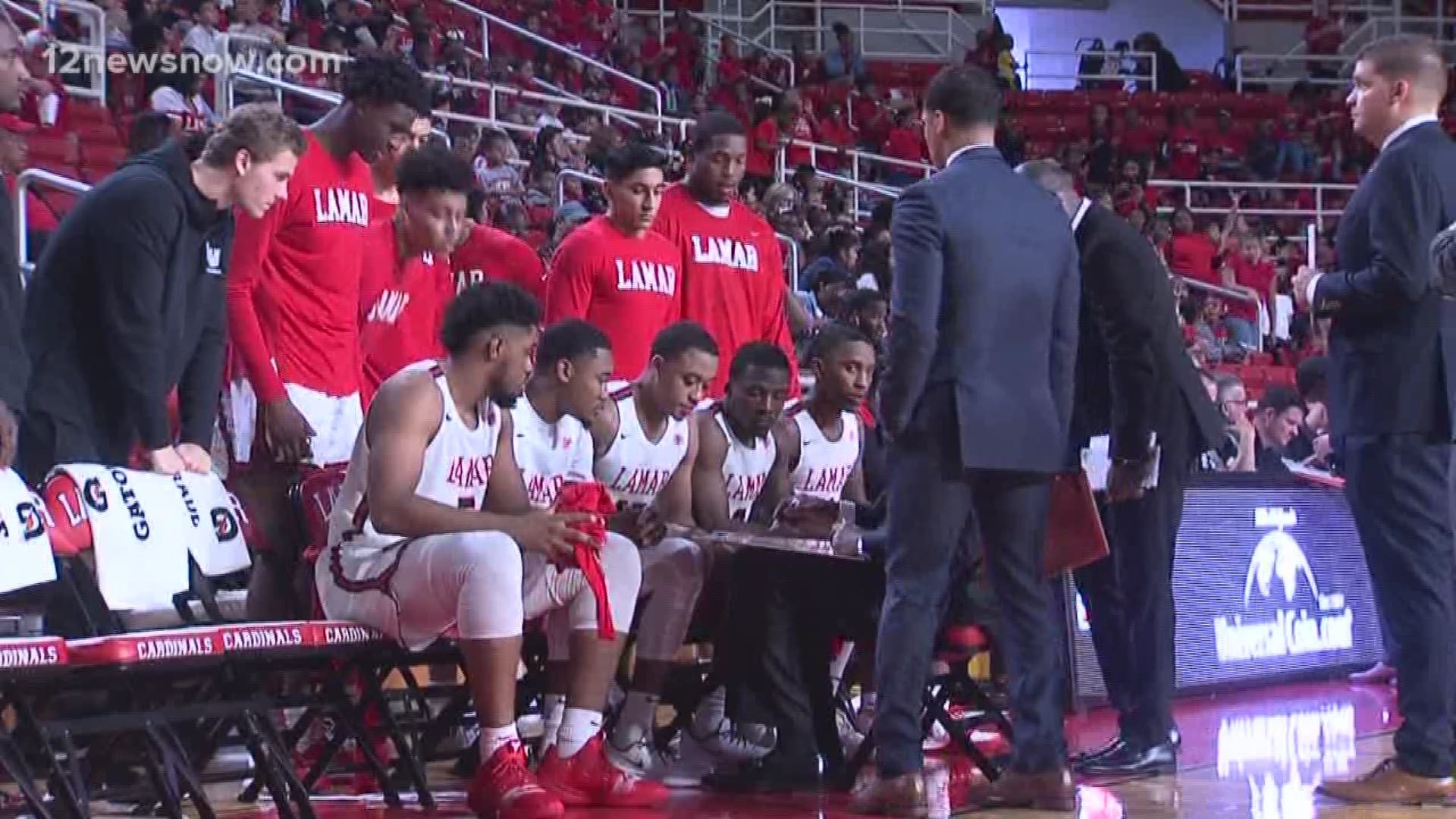 BEAUMONT, Texas — Sophomore Davion Buster scored a career-high 23 points to lead Lamar University to a season-opening 86-40 victory over Champion Christian at the Montagne Center Tuesday afternoon. Buster was one of three Cardinals to finish the day in double figures.

The Cardinals shot better than 52 percent from the field following a first half that saw them convert 19-of-33 (.576) attempts. Big Red also converted 50 percent of their three-point attempts, including a 6-of-11 (.545) effort in the final 20 minutes.

LU’s defense was just as impressive holding Champion to a 14-of-55 (.255) performance from the field. Of their 14 field goals only five came from beyond the arc, and the Tigers registered only three makes in the first half. The Cardinals also forced Champion into 32 turnovers which the Red and White converted into 35 points.

The Cardinals were dominant on the glass recording a 46-33 edge in rebounds led by three different players with seven rebounds.

“We were able to play a lot of people today and get them some minutes, but we have a lot of work to do,” said LU head coach Tic Price. “I thought we did a decent job defensively in the first half, but then we come out in the second half and give up 29 points.

“We have some growing up that needs to be done. I want sustained effort for 40 minutes. We can’t have any letting up on teams when we get leads. We were able to force them into 32 turnovers but we had way too many turnovers. We did what we needed to win the game but we didn’t do collectively what is expected of us to be a good basketball team,” added Price.

Big Red scored the game’s first 16 points jumping out to a 16-0 lead less than six minutes into the contest. LU didn’t allow the Tigers a field goal until Kentrell Jacobs sank a three-pointer with 13:24 remaining in the half. The basket didn’t slow down LU’s momentum as the Cardinals continued to add to the lead taking a 48-11 lead into the locker room.

Champion never seriously threatened in the second half but managed to score 29 points aided by 13 second half LU turnovers and some missed free throws.

Senior T.J. Atwood added 18 points and seven rebounds in the victory, while classmate V.J. Holmes came off the bench to score 11 points and six rebounds.

The Cardinals return to action Friday when they host Arlington Baptist. The game against the Patriots will tip off at 7 p.m. from the Montagne Center.