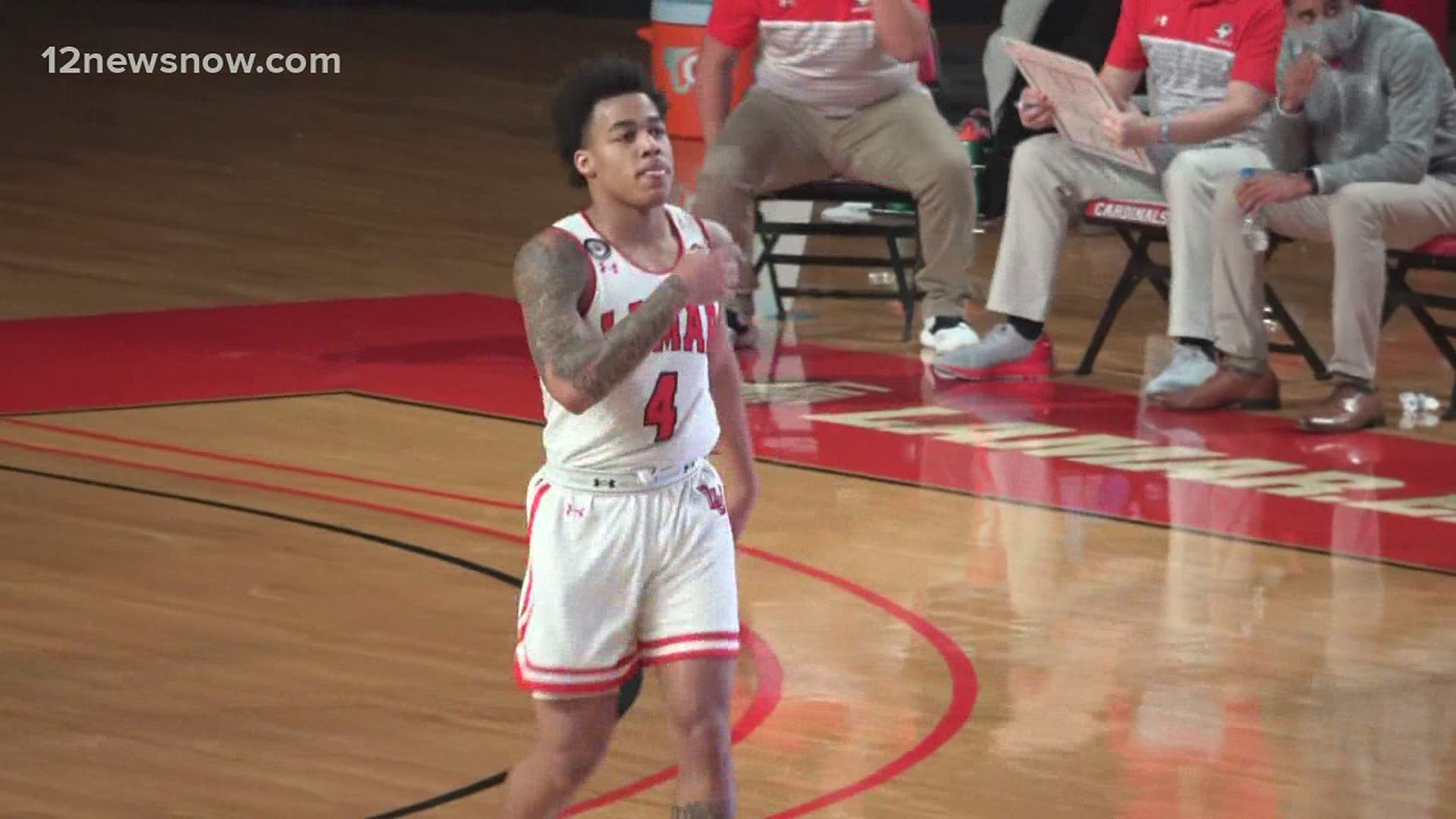 BEAUMONT, Texas — Since Lamar announced Tic Price would not be retained as the head coach of the men's basketball programs it's been quite the ride.

Initially multiple players announced they would enter the transfer portal.

Since the university announced former University of Houston assistant Alvin Brooks would be taking over that trend is changing.

First it was former Silsbee standout Jordyn Adams announcing he would be leaving Austin Peay after two years to play for Lamar.

Harrison, who averaged 13 points a night as a freshman point guard at Lamar, initially entered the transfer portal and committed to Louisiana Tech.

Earlier this week it was revealed that he had decommitted from Louisiana Tech and Lamar was back in the running.

This afternoon it became official when Harrison released a tweet saying "let's run it back."