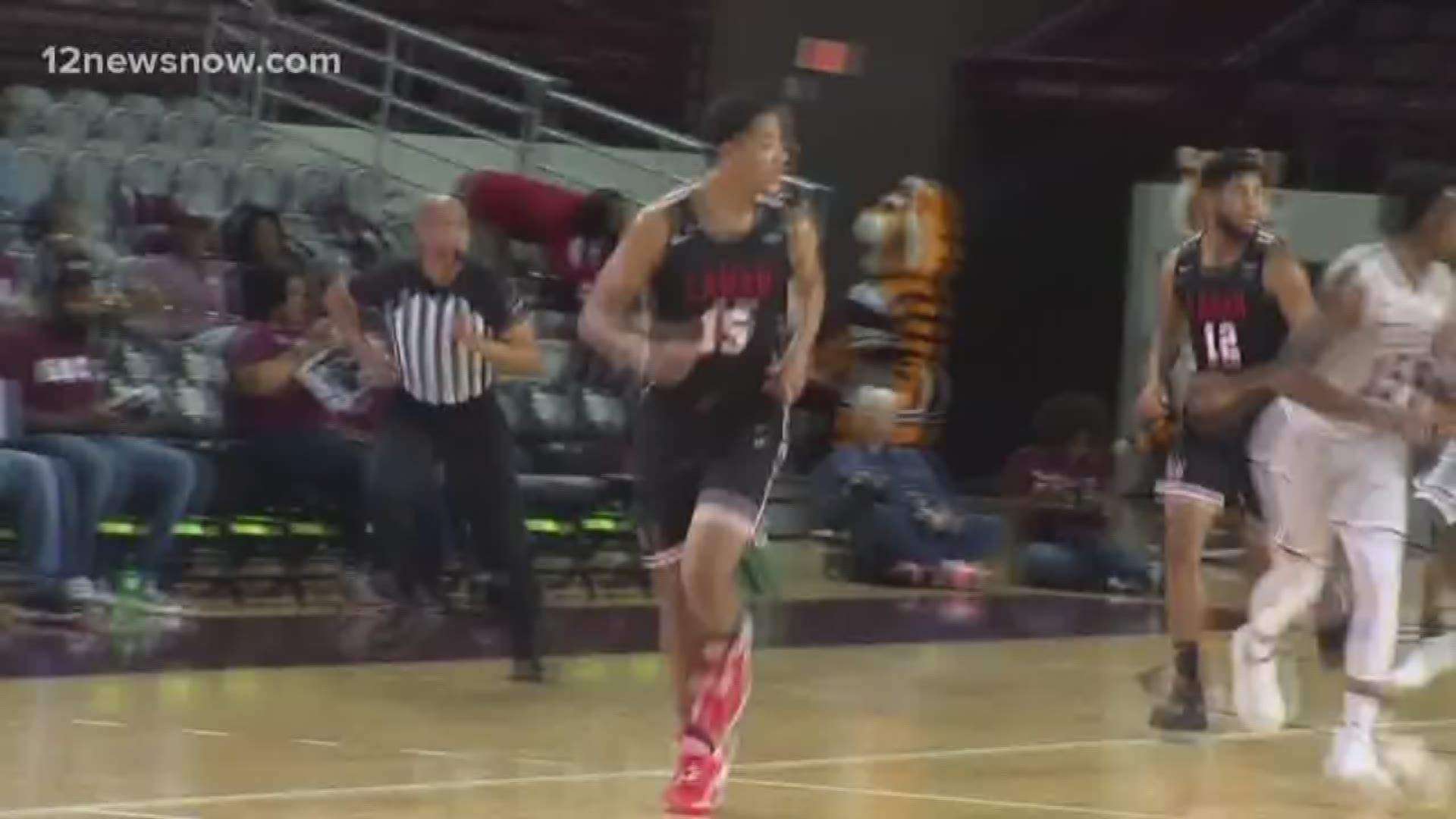 FRISCO, Texas — Senior forward T.J. Atwood has been named second-team All-Southland Conference announced league officials Monday morning. It is the first all-conference honor for the Beaumont native who returned from a season-ending injury in last year to record a career effort in 2019-20.

“I couldn’t be more happy for T.J.” said LU head coach Tic Price. “I’ve seen how far he’s come during his career. He came here when the program was down, and he saw an opportunity to help the program. He has come in here and worked hard every day of his career and has handled his business both on and off the court. I can’t think of a young man more deserving of this honor than T.J.”

Atwood ranked among the league leaders in scoring and rebounds all season. He ended the year leading the team and ranked fifth in the Southland averaging 16.7 points per game and 11th in league in rebounds (6.9 pg). Atwood also improved himself as an all-round shooter in his final season ranking fourth in the conference in field goal percentage, shooting better than 50 percent, and ranked 10th in the league in free throw percentage (.754).

Atwood played in and started all 31 games for the Red and White this season, and finished the year putting up better numbers in nearly every category than he had in his three previous seasons combined.

“Some people forget that T.J. missed the last half of his junior year due to a significant injury,” said Price. “For him to come back from that injury speaks volumes about his character. He did what he was instructed to do by the medical and training staff, the whole time staying engaged with our team. He showed a willingness to overcome adversity when some kids would’ve quit, but he stayed the course.”

Atwood was the driving force behind a late season rally for the Cardinals to help them move into the sixth overall seed in the Southland Conference Championships. Over the course of the team’s final seven games, Atwood has averaged better than 21 points per game and nearly 8 rebounds. He also recorded two double-doubles during that stretch.

One of the top high school players coming out of the former Beaumont Central High School, Atwood ended the regular season second on the squad with eight double-doubles. He hit the 20-point plateau 11 times as a senior, including a career-high 34 points in the victory over Southeastern Louisiana.

Atwood has overseen a revival of Big Red hoops. Prior to his arrival, LU had not qualified for the Southland Championship tournament since the 2012 season. The Cardinals will be making their fourth consecutive trip to the conference tournament beginning Wednesday.

The Cardinals will open SLC tournament play against McNeese Wednesday – the same team LU closed the regular season against this past Saturday. The game against the Cowboys will tip off at 7:30 p.m. from the Merrell Center. Tickets for the tournament are available through the LU Ticket Office by phone (409) 880-1715, or by logging onto www.LamarCardinals.com.