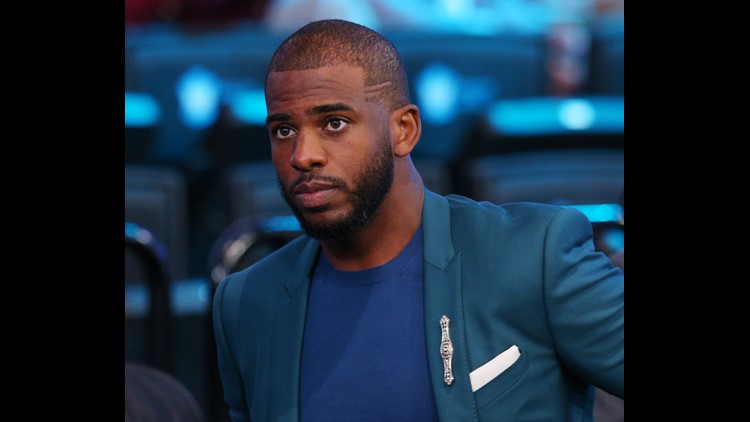 The Houston Rockets have found a new backcourt partner for star James Harden.

The Houston Rockets have found a new backcourt partner for star James Harden.

“Since winning back-to-back championships, the pursuit of a third title has remained the ultimate goal for our franchise,” said Rockets owner Leslie Alexander in a statement. “We feel that combining two of the league’s greatest players in James Harden and Chris Paul, operating in Coach (Mike) D’Antoni’s system, gives us a championship caliber team that will compete at the highest level for years to come."

The Clippers made the deal after Paul opted-in to the final season of his contract.

The veteran point guard would've been one of the most sought-after free agents on the market. Instead he'll join the Rockets, who fell to the San Antonio Spurs in six games during the second round of this year's playoffs.

Paul played for the Clippers for the past six seasons, where he failed to lead the team past the second round of the Western Conference playoffs. He now joins NBA MVP runner-up James Harden in Houston's high-powered offense.

The Rockets led the entire NBA with 1,181 made three-pointers this regular season, 114 more than second-place Cleveland. Paul's ability to facilitate the offense - after Harden adapted so seamlessly in his transition to point guard last season - will allow Harden and the rest of the Rockets' three-point shooters potentially even more open looks.

The Vertical first reported the agreement.

Later in the day, they reported that the Rockets traded for Tim Quarterman of the Trailblazers in exchange for cash.