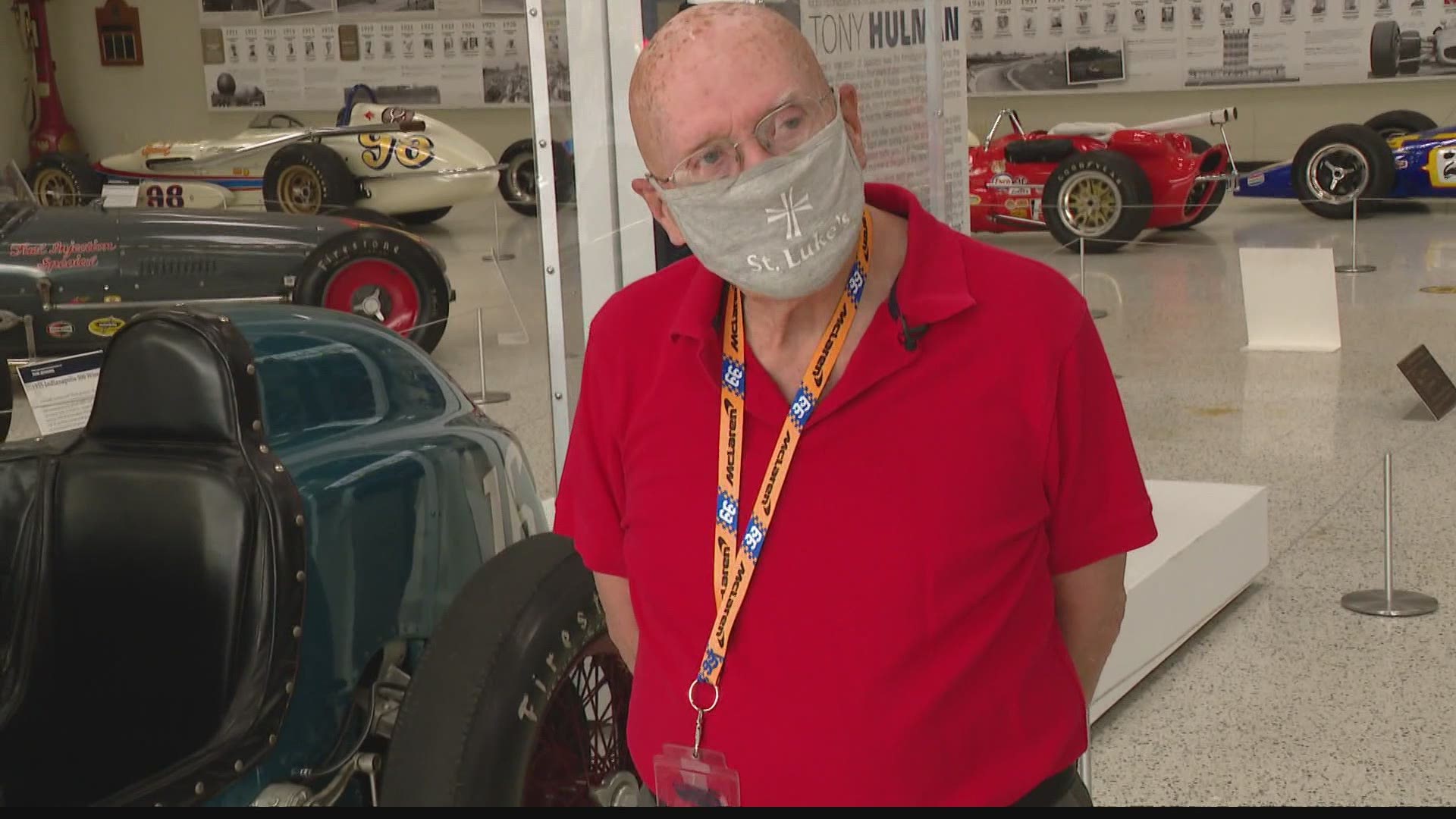 INDIANAPOLIS — “It means everything. This is part of my life," Rick Barb said. “It’s more than just going to an event.”

At 84 years old, Barb will attend his 75th Indianapolis 500 this weekend.

“It does mean a lot to me emotionally," said the Indianapolis native. "I’m not the most emotional person on Earth but missing the preliminaries and also watching the race cars at full speed around here, I missed it, and I certainly feel very, very blessed that I’m able to be here this year.”

His streak of attending 74 straight races was snapped by the pandemic last year.

“I certainly missed it and from an emotional standpoint, this is a very emotional time," Barb said.

His first race was in 1946 when he was 10 years old. It was the first Indy 500 after World War II shut the speedway down for four years. Barb watched George Robson win his first and only Indy 500.

“My dad kept telling me, ‘that’s the car that’s in the lead’ and I said ‘OK.' I kept watching No. 16 and finally, he got the checkered flag," Barb said. "This car does mean a lot to me personally because it was a car that won the first race I saw.”

Last summer, he adopted Robson’s No. 16 car that stays on display in the Speedway Museum.

“When they restored it, they certainly got the color right. It’s just a beautiful vehicle," he said.

Barb has had a much closer look than most at how the sport has evolved over the last seven decades.

“What I've seen over the years has been great, but what I’m seeing now is the best IndyCar has ever been," he said.

And he doesn't plan on missing any more races at the Indianapolis Motor Speedway.