Verlander dominant as Astros top Rays, 6-2, in Game 1 of ALDS

The Astros road to the World Series began today against Tampa Bay. 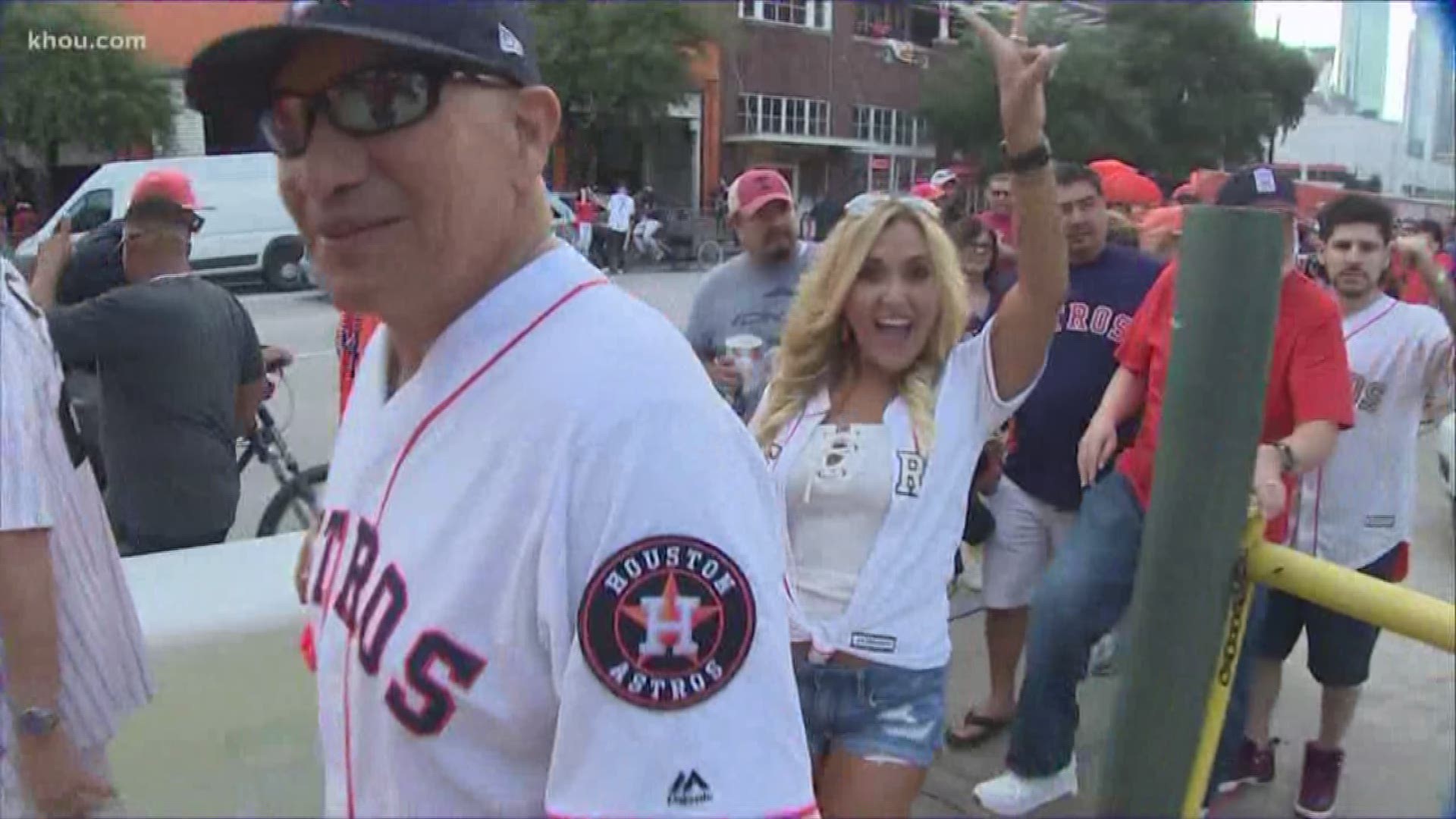 The Astros, who won a franchise-record 107 games for the best record in the majors, began their quest for a second World Series title in three years against a Rays team that downed Oakland 5-1 in the wild-card game this week.

Verlander kept up his dominant run this year when he posted an MLB-most 21 wins, allowing just a soft single in seven shutout innings. He struck out eight and improved to 8-0 in 12 career ALDS appearances.

Rays starter Tyler Glasnow had given up just three singles when he walked Josh Reddick on four pitches to begin the fifth. He struck out George Springer, but Altuve then tagged him for a two-run homer, lining a fastball into the left field seats.

The sellout crowd of 43,360, which included Astros Hall of Famers Nolan Ryan and Craig Biggio, erupted into deafening cheers and fans twirled bright orange towels as Altuve trotted around the bases, a huge grin plastered on his face.

Altuve has homered in Game 1 of the ALDS for three straight years, and the small-but-powerful second baseman now has nine home runs in 33 career postseason games.

Game 2 is Saturday when Gerrit Cole, who has won 16 straight decisions and led the majors in strikeouts, starts against Tampa Bay's Blake Snell.

Robinson Churinos singled, but was left there as the score remained 6-2.

Ryan Pressley gave up two runs before being replaced by Will Harris who got Houston out of the inning with a ground out.

Houston added two more runs, thanks to back-to-back doubles by Alvarez and Gurriel. Houston is now on top, 6-0.

Justin Verlander just struck out the side!  Astros still lead 4-0.

Robinson Churinos walked before Josh Reddick grounded into a double play. George Springer grounded out to short to end the inning.

Justin Verlander issued a walk to Meadows, but that baserunner was erased on a double play. Astros still lead 4-0.

After a Josh Reddick walk, Jose Altuve went deep to give Houston a 2-0 lead!  Then Michael Brantley singled and Alex Bregman doubled before a Rays' error on Yuli Gurriel's popup to shallow right field.

Justin Verlander gave up his first hit of the game, but it remains 0-0.

The Astros went quietly in the bottom of the fourth.  Glasnow struck up Carlos Correa and Robinson Churinos as part of a 1-2-3 inning.  No score going to the fifth.

Verlander keeps rolling along.  He walked one batter, but got out of the top of the fourth with the score still tied 0-0.

The Astros loaded the bases with a walk to Springer, single by Brantley and another walk to Bregman, but Tyler Glasnow caught Yordan Alvarez looking to end the inning.  Still scoreless.

This game's moving right along.  Justin Verlander retired the side in order.

Yuri Gurriel and Carlos Correa had a hit apiece, but they were left stranded when Robinson Churinas lined out to end the inning.  Still scoreless.

Tyler Glasnow of the Rays put the Astros down in order.

Justin Verlander gave up a walk and struck out one to start this one. No runs or hits allowed by the Astros ace.

RELATED: Astros vs. Rays Game 1: Everything you need to know about Street Fest, giveaways and more

RELATED: What scares us about the Rays...and three reasons the Astros will win