HOUSTON — The Houston Astros lost 8-6 in Game 4 of the American League Championship Series Wednesday night against the Boston Red Sox.

Astros' Dallas Keuchel, down 2-1 in ALCS, after loss: 'It’s a coin flip from here on out' 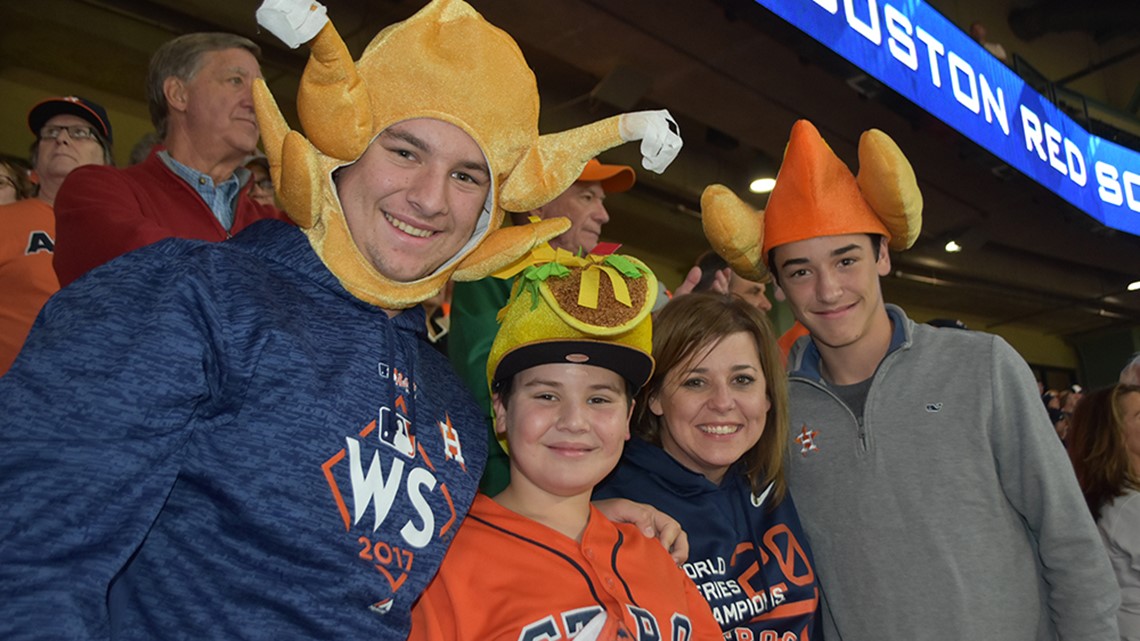 Photos: Astros look to even series with Red Sox in ALCS Game 4

Photos: Astros look to even series with Red Sox in ALCS Game 4 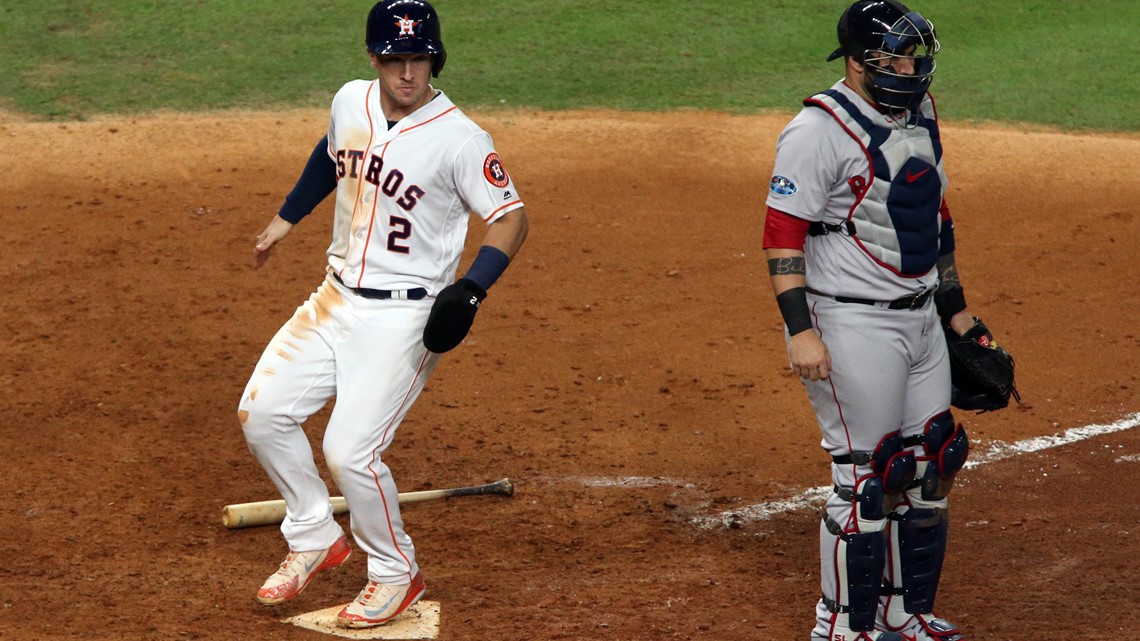 With the bases loaded and two outs, Alex Bregman lines out to left. Boston takes Game 4 8-6.

Jackie Bradley Jr. hits a solo home run off of Josh James to give Boston a 6-5 lead.

The Astros take back the lead with Carlos Correa's RBI single! Houston leads 5-4.

RBI, FROM CLUTCH CORREA! Yuli scores and the #Astros take the lead back, 5-4 in the 5th! #khou #HTownRush

#Astros lead 4-3 as we head to the fifth. #NeverSettle pic.twitter.com/e9OnMnietU

Josh Reddick hits an RBI single to tie the game at 3!

Clutch hit by Reddick. About time bottom of lineup came through

George Springer hits a solo home run off of Rick Porcello to put the Astros within 1. Houston still trails 3-2.

Carlos Correa drives Josh Reddick in, and the RBI single puts the Astros on the board. Houston still trails 2-1.

He drives in Reddick and we're *officially* on the board! #Astros pic.twitter.com/tWGcWFQsKE

In a controversial call, the umpires rule Jose Altuve is out after what could have been a home run. The ball missed Mookie Betts' glove, and the MLB called fan interference.

I would not want to be in that fan’s position. #Astros #khou #HTownRush

Narrator: They did not and embarrassed themselves in the process. Horrendous.

Rafael Devers hits a 2-run single to put Boston on the board first.

Red Sox manager Alex Cora said before Game 4 on Sale lost weight because of a stomach illness that left him hospitalized after starting the ALCS opener.

Major League Baseball on Wednesday closed an investigation based on claims the Astros were trying to steal signals from the Red Sox dugout.

Reports from unnamed sources allege the Astros have been stealing signs. According to the Associated Press, this came up during Game 3 of the ALDS.

Stealing hand signals in the MLB is nothing new, but these claims are sketchy because they involve someone not in uniform allegedly using technology to do so.

MLB released a statement on the allegations.

Statement from MLB regarding allegations involving the #Astros. It has been investigated...“We consider the matter closed” pic.twitter.com/AST9QMSY3c

Astros general manager Jeff Luhnow also responded by saying, in part, "I think what happens is when a team has success, there will be a lot of other people looking at them to see what's driving their success."

#Astros GM Jeff Luhnow on allegations of his club stealing signs using technology: "I think what happens is when a team has success, there will be a lot of other people looking at them to see what's driving their success" pic.twitter.com/eDPa73Hhpg