Follow along on our live blog for the biggest moments leading up to and during Tuesday's Game 3 of the ALCS. 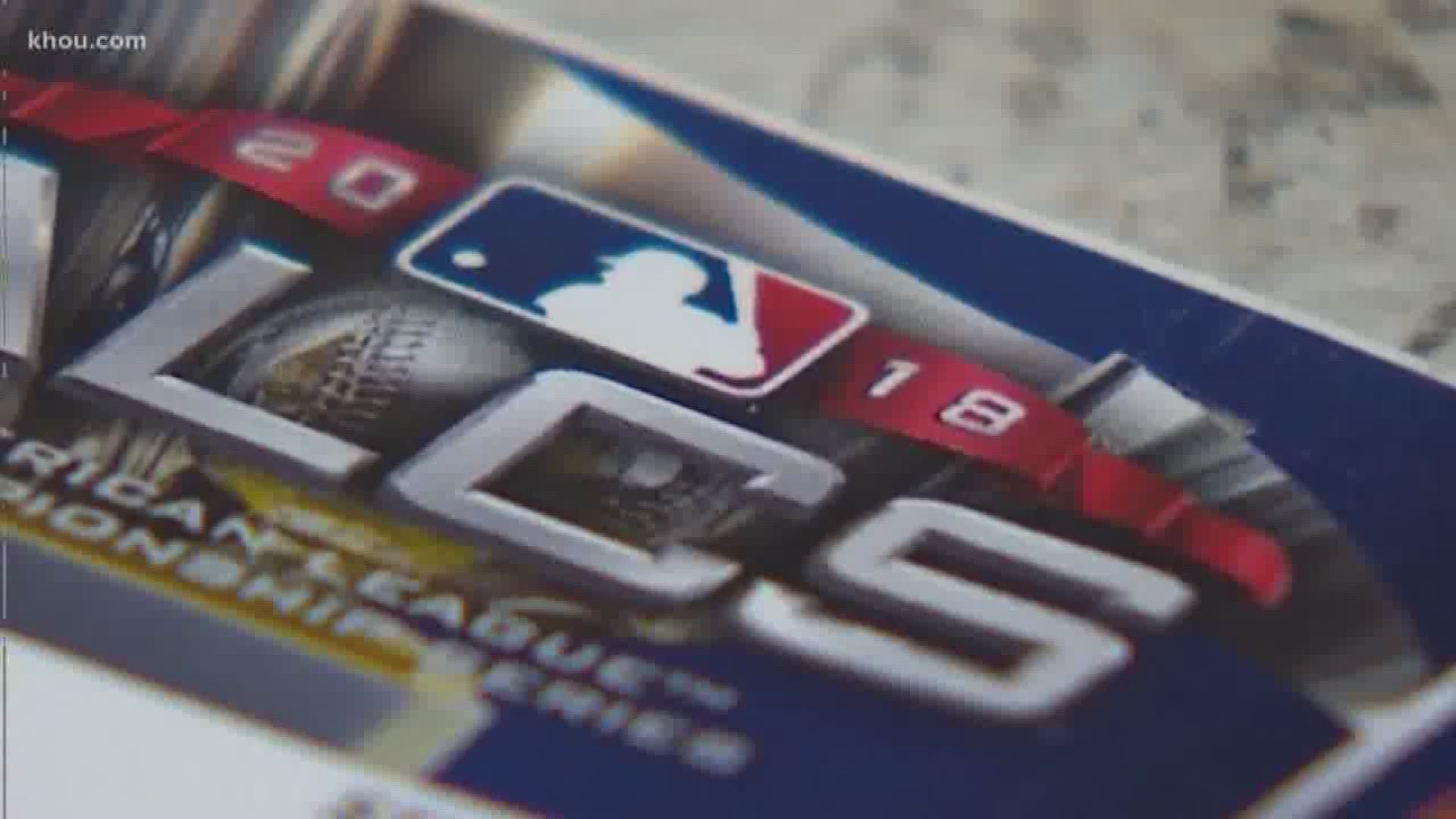 The Houston Astros fell to the Boston Red Sox 8-2 Tuesday in Game 3 of the American League Championship series.

Here are the the biggest moments leading up to and during Tuesday’s Game 3 of the ALCS:

We want to see fan photos of you decked out in your Astros gear! Use the #HTownRush on social media or send them to photos@khou.com.

1 / 72
Lisa Carter/KHOU.com
Houston Astros fans enjoyed live music, food, photo opportunities and various other activities at the Postseason Street Fest outside of Minute Maid Park before Game 3 of the ALCS against the Boston Red Sox on Oct. 16, 2018.

#KHOU #REDSOX Bradley just applied the possible knockout punch. A grand Slam homer off Osuna and #ASTROS now trail 8-2. Wow...that got out of hand in a hurry....

Steve Pearce hits a solo home run off of Joe Smith to give Boston a 3-2 lead. Tony Sipp is now coming in the game to pitch for Houston.

#KHOU #RedSox get a solo homer from Steve Pearce off Joe Smith. Boston now up 3-2 and Tony Sipp now on in relief for ASTROS as Smith heads to the showers.

Alex Bregman drives in Jose Altuve to tie the game at 2.

#KHOU #Astros So #RedSox defensive replacement at 3rd...Devers...can’t make the play on Bregman ‘s hotshot grounder Altuve scores and Bregman drives in the tying run. 2-2 now headed to 6th. Joe Smith on in relief for Keuchel.

Bregs backing up that talk. Nice.

Tony Kemp makes an impressive catch at the wall to keep Boston from scoring.

#KHOU #Astros Keuchel gets out of the jam as Tony Kemp robs Pearce of an extra base hit. Going high to grab the fly ball to deep left field.

Marwin Gonzalez hits an RBI single to put the Astros on the board in the first inning. Houston still trails 2-1.

The Red Sox scored two runs against Astros starter Dallas Keuchel in the top of the first inning of Tuesday's game.

It started with a leadoff single by Mookie Betts, who later scored on a J.D. Martinez double to right field.

Xander Bogaerts grounded out, but it scored Andrew Benintendi, who singled to left earlier in the inning.

The Red Sox stranded a runner, ending the top half of the inning with a 2-0 lead.

A quick look at Red Sox starter Eovaldi, who takes the mound in Game 3.

*35% of HR allowed to batters leading off an inning

Could be long day for Boston. #khou11 #htownrush (pic:@usatsimg) pic.twitter.com/Ue81qpP4Gq

AJ Hinch and Charlie Morton address the media ahead of ALCS Game 3 in Houston. https://t.co/6zdZag2c4c

Why is the roof closed?

The roof is closed to keep in the heat at #MMP, so why are fans running? I’ll explain coming up on #HTownRush at 6a. #KHOU11 #NeverSettle #GoAstros pic.twitter.com/OlJHhoaRSe 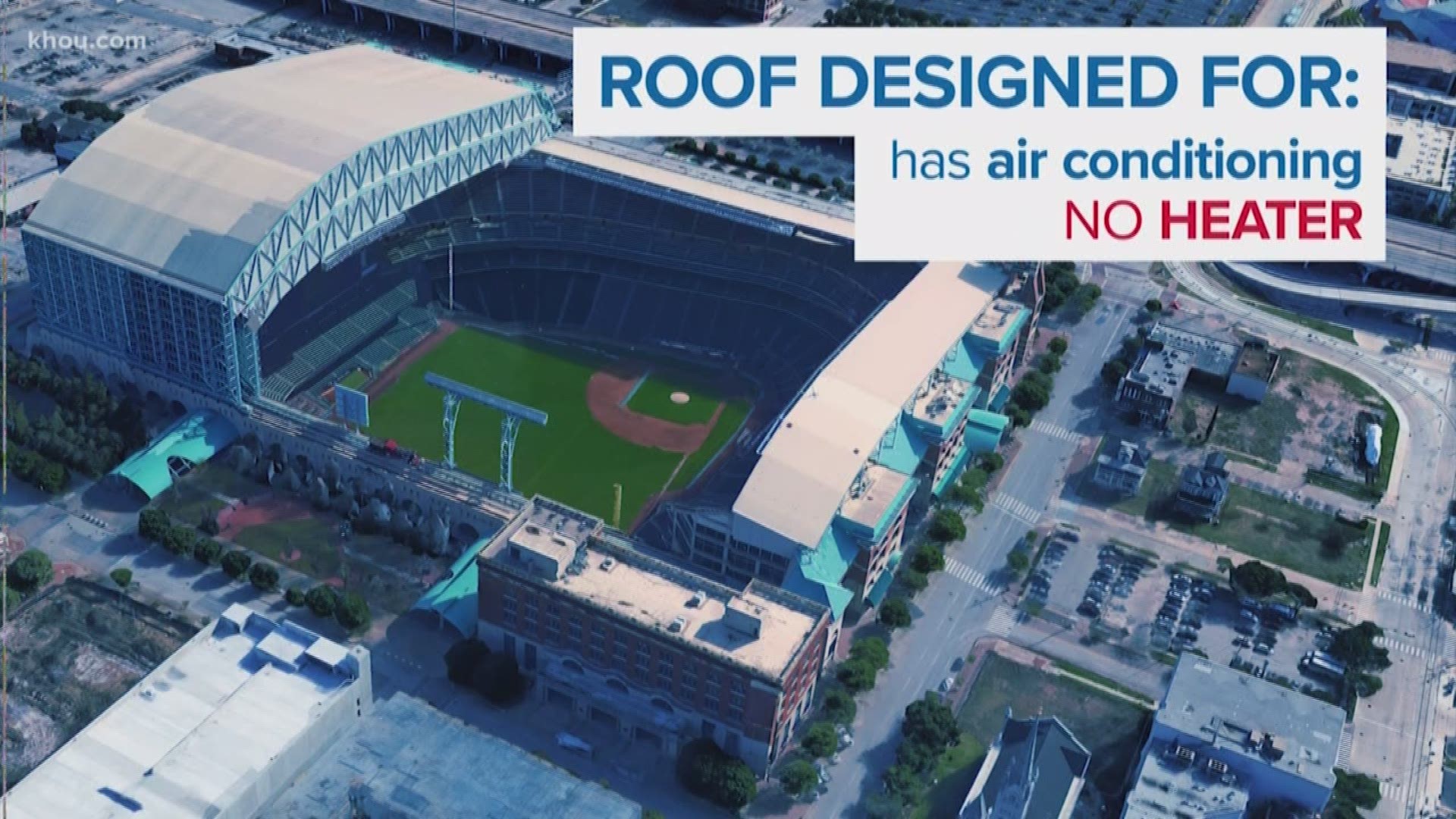 Fall has arrived and the @Astros host the Red Sox tonight here in Houston! @chitakhou says the forecast is 'feeling a bit like Boston' though! #NeverSettle #HTownRush #KHOU11 #AstrosTwitter #HOUWX pic.twitter.com/ShyyFXFZd2

This crew is up early!

1 / 25
Houston Astros fans packed Minute Maid Park to root on their team in Game 1 of the ALCS against the Boston Red Sox.