The wife of Astros star Justin Verlander says she loves "talking about sports and reading all of the dumb misogynist comments." 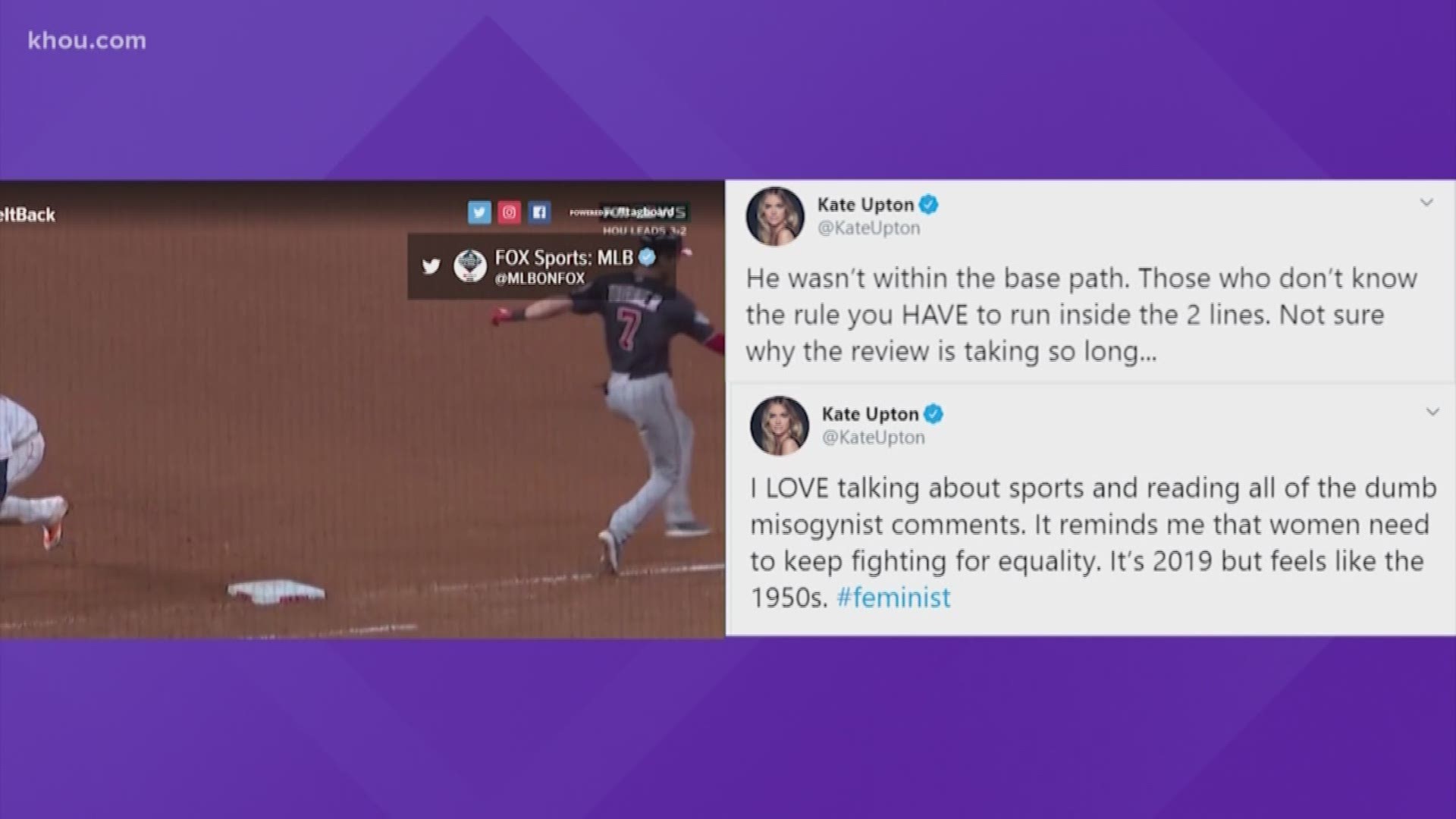 HOUSTON — Kate Upton, model and wife of Astros star pitcher Justin Verlander, fired back at critics on Twitter after she joined the conversation about a controversial call made in Game 6 of the World Series Tuesday night.

It all started with a call umpires made in the top of the seventh inning when Washington Nationals lead-off hitter Trea Turner was called out after officials say he interfered with Astros pitcher Brad Peacock’s throw to first-baseman Yuli Gurriel.

The call led to a protest from the Nationals including a fired-up Manager Dave Martinez, who was eventually ejected for arguing with the umpires.

Upton tweeted about the ruling and was critical of the protest delaying the game.

“He wasn’t within the base path. Those who don’t know the rule you HAVE to run inside the 2 lines. Not sure why the review is taking so long...” Upton said in a tweet.

Her tweet garnered more that 8,200 likes and 900 retweets. But it also had more than 3,000 replies with many critical of her post.

Upton then retweeted Jon Morosi from the MLB Network who tweeted the rule that was applied to the judgment call made by umpires.

It was not long after that Upton tweeted: “I LOVE talking about sports and reading all of the dumb misogynist comments. It reminds me that women need to keep fighting for equality. It’s 2019 but feels like the 1950s. #feminist”

In the end the Astros fell to the Nationals in Game 6, 7-2, forcing a Game 7 Wednesday night at Minute Maid.

MORE ON THE WORLD SERIES