The school district and community in Lumberton remembers football Coach Artie Trahan as a giant among men. 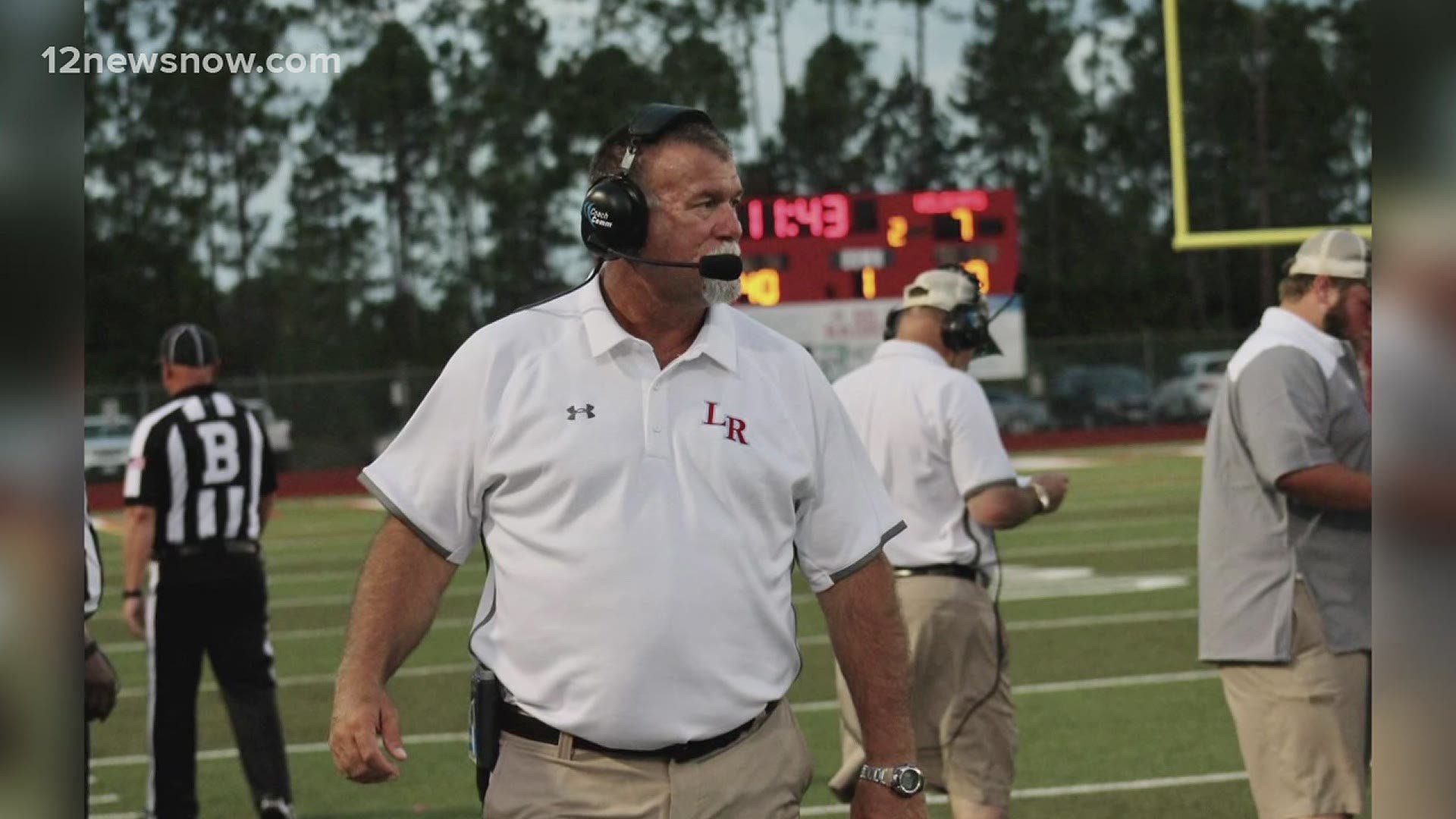 LUMBERTON, Texas — Hearts are heavy across the Lumberton community after the death of a beloved football coach.

Coach Artie Trahan died on Tuesday, Dec. 1. Lumberton ISD and the community both remember him as a giant among men.

Lumberton High School athletic director Chris Babin, who worked with Trahan for years, said he made an impact on many both on and off the field.

Babin said Friday night lights will not be the same without him.

"I couldn't be sadder that he's gone, but I couldn't be happier with the way that man lived his life," he said.

His impact was not limited to the field of X's and O's since he was also a favorite in the classroom, Babin said.

"He wasn't the mayor of Lumberton or the governor of Texas," he said. "I would categorize him as an influencer that showed me and everyone that he's worked around that if you're living a life of service, then you're living a great life."

High school students were not the only ones learning valuable lessons from Coach Trahan, Babin said.

"He taught me how to treat kids, and how to run a systematic program that benefits kids in multiple ways," he said.

"He actually was my first boss 17 years ago right when I got into the profession," he said.

They were presented with a full circle moment years later, Babin said.

"Three years ago, he came into this very office and sat right here where I'm sitting and very humbly asked me if he could join our varsity staff and coach our defensive ends," he said. "By putting him on our staff, he was making us better. So on paper, he might have been my boss, but I will always see him as a mentor and a leader."

He may not have been a political leader, but to those who knew him best, he was everything, Babin said.

"It's been so heartwarming, just seeing the outpour of so many people over the last 55 years that was impacted by Artie Trahan," he said.