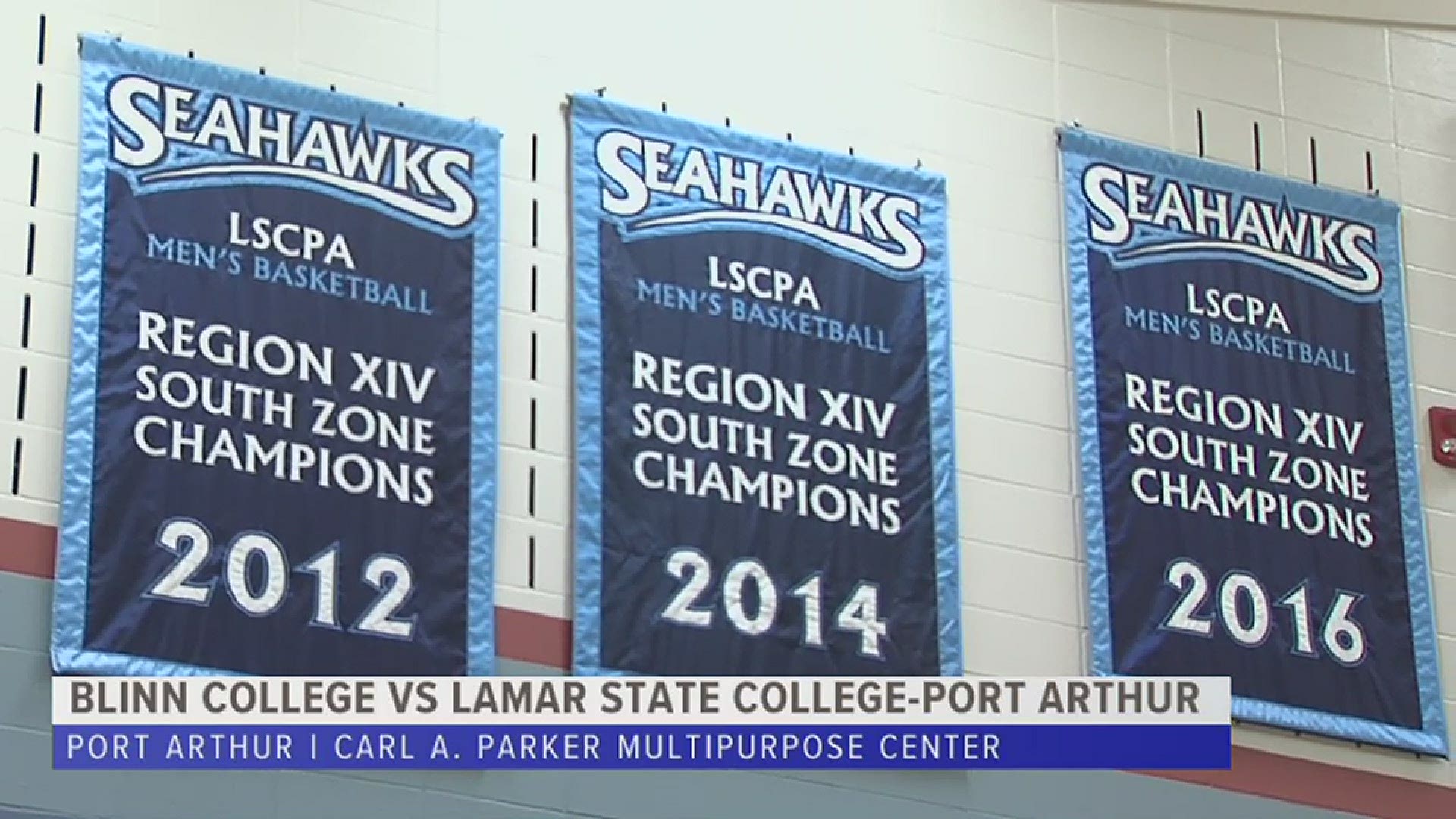 Burney had a triple double with 25 points, 11 rebounds and 10 assists. He hit 6 3-pointers and was one of 5 double-digit scorers for a team that badly needs an official antacid sponsor, because all its recent games have caused heartburn.

Six of the past eight Seahawks games -- and seven in all -- have been decided by 3 points or less.

"I felt like we lost it twice and won it once at the end," LSCPA Coach Lance Madison, referring to the fact that his players missed what would have been game-winning free throws at the end of both regulation time and the first extra period.

"We deserved this one."

In their first match with Blinn this year, the Seahawks sank 20 3-pointers and won 98-70 when the now 8-6 Buccaneers were 5-0 and nationally ranked.

Lucien had his sixth double-double of the season with 10 rebounds to go with his points. Archibald put together his third double-double, matching the Seahawks season high of 12 rebounds.

Now 5-11 on the season, LSCPA's team hits the road for Saturday's 2 p.m. game at Paris Junior College. Its next home game is at 5 p.m. Wednesday, March 24 against Navarro College.