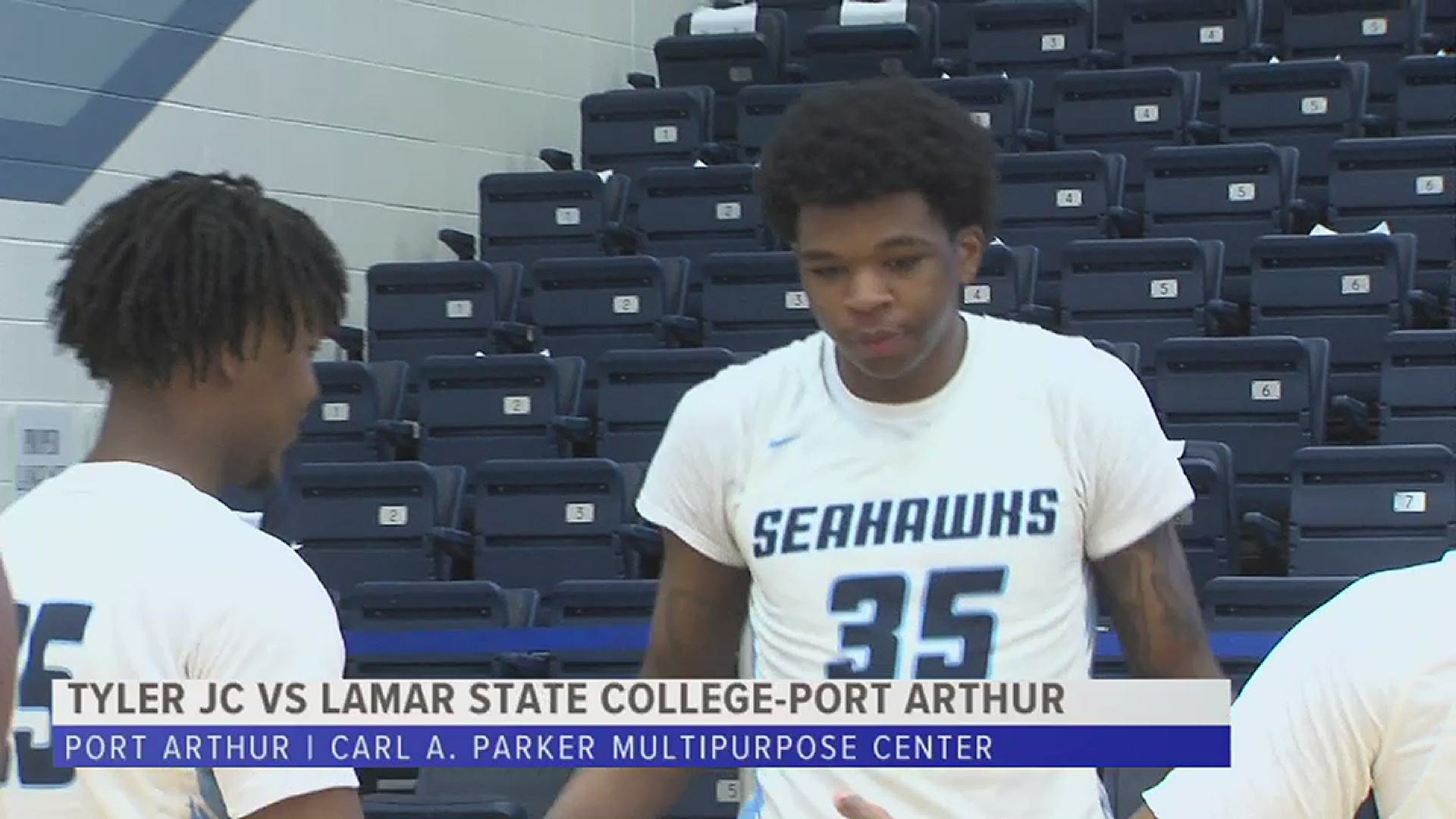 PORT ARTHUR, Texas — One of the most incredible come from behind efforts in any game any year didn't get a win for the Lamar State College Port Arthur Seahawks Sunday.

After riding a string of 3-pointers back from a 29-point deficit to tie the game 67-67, the Seahawks fell 70-68 to Tyler Junior College in an NJCAA Division I men's basketball contest at the Carl Parker Center.

It was the second day in a row for the game to be decided on a buzzer-beating 3-pointer by LSCPA that just missed going through the hoop.

The Seahawks fell 59-56 at Kilgore Saturday.

Sunday, it was a desperation halfcourt shot by Nash Golaszewski that slid off the rim after a Tyler defender slapped the ball away from Kanntrell Burney as he eyed the potential game-winner.

The Seahawks hit 9 of their 12 3-point baskets after falling behind 49-20 a minute into the second half. LSCPA outscored the Apaches 48-25 in the second half after trailing 45-20 at half.

Burney finished with 5 3-pointers and 17 points. Desmond McQuain hit 3 and finished with 12 points and Golaszewski and Ty Archibald each hit a pair of bonus balls.

Sunday's game was a makeup from a game postponed by the Valentine's Day ice storm that affected all of Texas. Both teams were playing back to back days after long drives Saturday night, with Tyler having played at Victoria.

The Apaches, who had 7-foot-1 freshman Cody Collinsworth backing up Aguiar, outrebounded the shorter Seahawks 48-31 in improving to 6-7.

After finishing off a string of five games in eight days that included two makeups, the Seahawks, 4-11, don't play again until their regularly scheduled game at 7 p.m. Wednesday, March 17 at the Parker Center against Blinn College.