Iowa vs. Iowa State: Looking at the Big Ten vs. the Big 12 when it comes to conference realignment

We take a look at what could happen to Iowa State now that Oklahoma and Texas won't be a part of their conference soon. 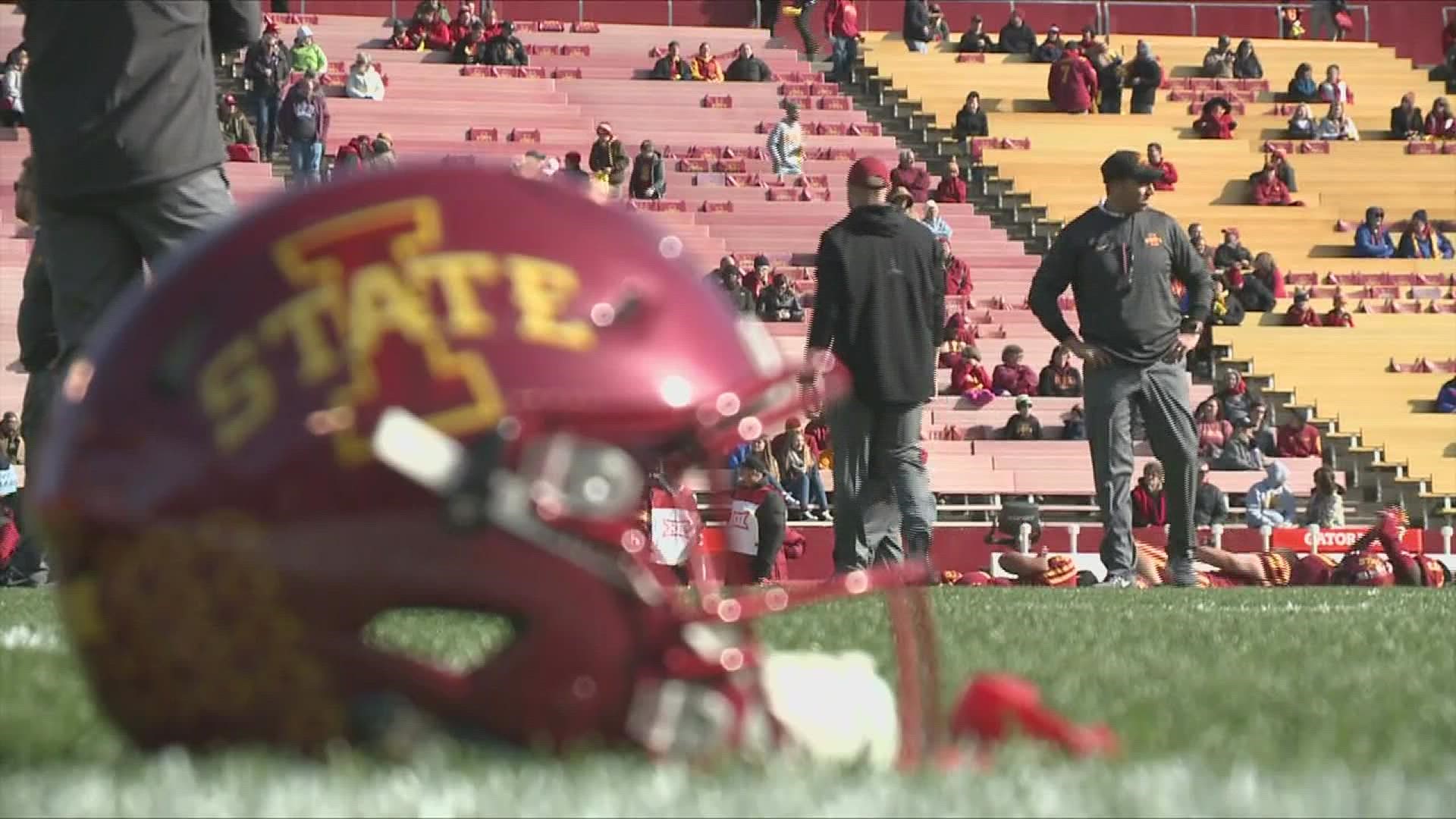 IRVING, Texas — July 26th of this year was a historic day in college athletics.

The Universities of Texas and Oklahoma announced they'd no longer be a part of the Big 12 Conference after June 30th of 2025.

"If that's the case, I think you go to the table, and you have much better bargaining and negotiating rights when you're going to the TV people and say, 'Here. We can bring you these big time crossover games with two big markets,'" Wade said of the advantage the three conferences have. "I think [Iowa playing Iowa State] is a great thing for Iowa and the national media and what not, but Iowa playing USC? Those are two big markets that a TV deal would be like, 'This a great opportunity. We're really going to be hitting several different segments of the market.'"

Wednesday, September 1st, Commissioner Bob Bowlsby said, “The eight ADs remain committed to furthering the Big 12 as one of the nation’s premier athletic conferences, and look forward to working with our presidents and chancellors to strengthen the league. Future exploration by the group will continue to center on options that best position the long-term strength of the Conference.”

"I think you have to do what's best for you in the moment," Wade said. "I think what's best for Iowa State, Oklahoma State and for those teams is to say, 'We're going to band together and try to bring in other schools to keep that conference together,' but if I'm Iowa State, if I'm Oklahoma State, if I'm TCU, or Kansas, and another conference comes calling, why wouldn't you jump ship? You don't have to say, 'I'm jumping ship' until you absolutely have the ability to jump ship. Just like Oklahoma and Texas right? 'Big 12. Big 12. Big 12. Oooo the SEC. Lets hop over here. Screw the Big 12.' That's kind of what I see, I see happening."

Since our interview, the Universities of Cincinnati, Brigham Young, Houston, and Central Florida have accepted invites to join the Big 12 Conference. The announcement came out Friday morning, September 10th.